Delegate Seth Damon moves into the seat after serving as pro tem speaker since Jan. 15. 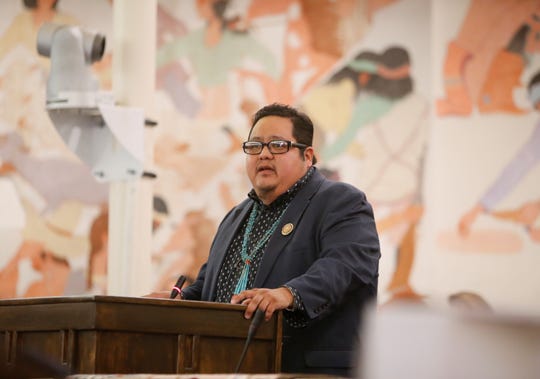 WINDOW ROCK, Ariz. — Members of the Navajo Nation Council have selected a two-term delegate to serve as speaker for the next two years.

Seth Damon was selected then confirmed after a selection process that took place during the winter session today.

Damon had been serving as pro tem speaker since Jan. 15 and was nominated to continue his service by Delegate Rick Nez, who represents the Nenahnezad, Newcomb, San Juan, Tiis Tsoh Sikaad, Tsé Daa K'aan and Upper Fruitland chapters.

In his presentation to the council, he recalled being raised in cities off the Navajo Nation before settling down in Bread Springs, a community south of Gallup.

He described his family as vastly interested in politics. They encouraged him to gain experience and an education off the Navajo Nation then return home to serve the community.

Damon added that his grandfather, Charles Damon II, taught him about integrity and honor and the need for compassion and humility. 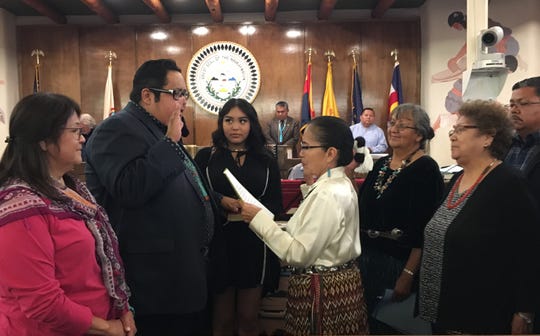 Charles Damon II completed terms on the 88-member council and the first 24-member council, where he represented the same chapters as his grandson.

His presentation also focused on the need to improve or develop infrastructure and further opportunities for economic development in the 110 chapters.

He added that he understands that each community faces different issues, but as speaker, he said he will guide the council to address those matters.

"I continue to believe in us to get things done," he said.

Damon was one of four delegates nominated to serve as speaker. 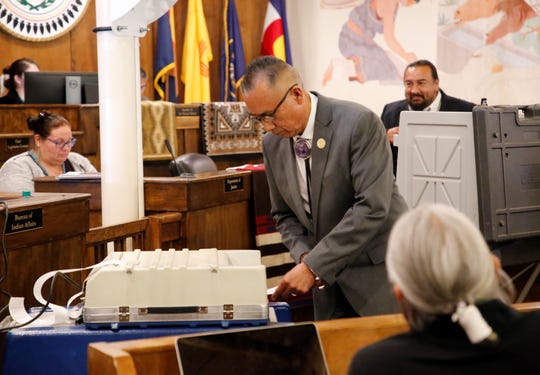 Shortly after the results were announced, Damon walked to Yazzie's seat and the two men hugged.

Crotty is serving her second term on the council while Henio was among the new delegates elected in November.

Noel Lyn Smith covers the Navajo Nation for The Daily Times. She can be reached at 505-564-4636 and by email at nsmith@daily-times.com. 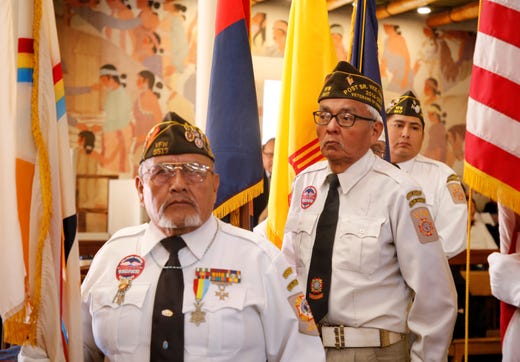 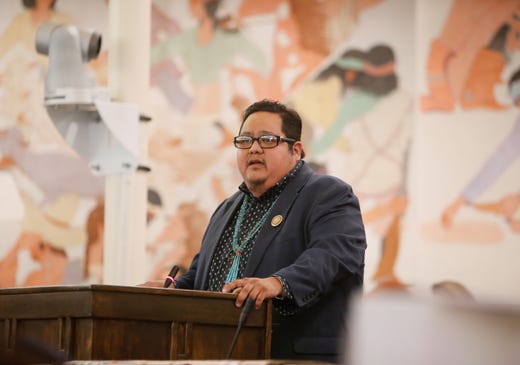 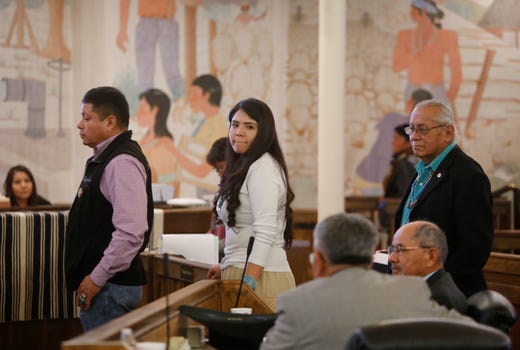 Delegate Charlaine Tso, center, waits to receive her ballot for the selection of a speaker for the Navajo Nation Council on Monday in Window Rock, Ariz. Noel Lyn Smith/The Daily Times
Fullscreen 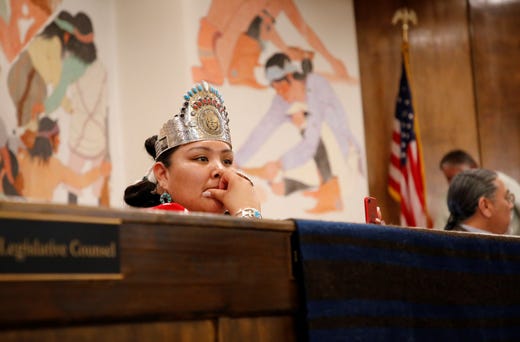 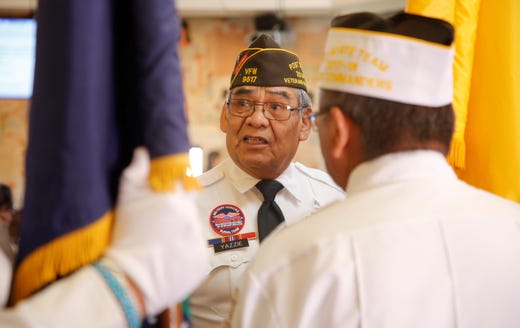 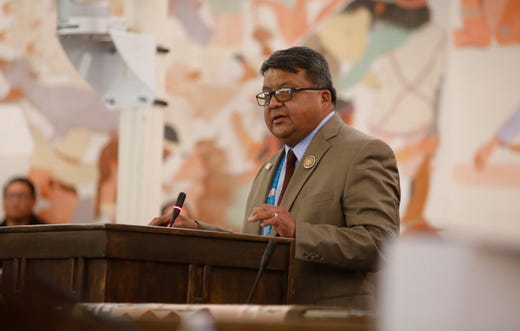 Delegate Edmund Yazzie was nominated to serve as speaker of the Navajo Nation Council. He finished second in the final round of voting for the seat. Noel Lyn Smith/The Daily Times
Fullscreen 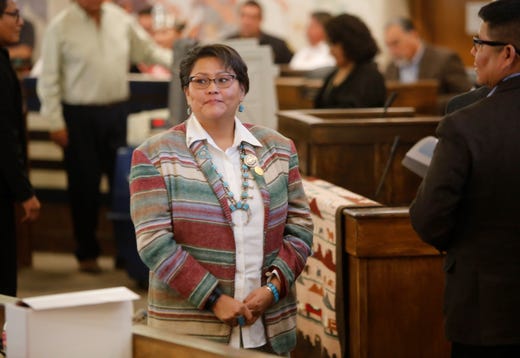 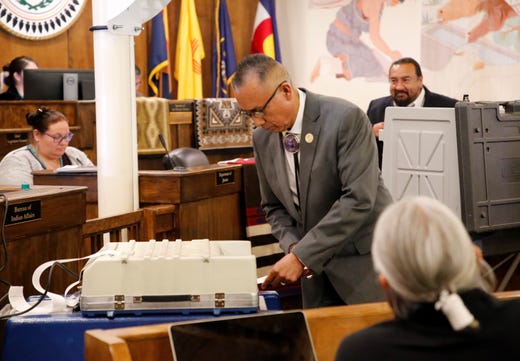 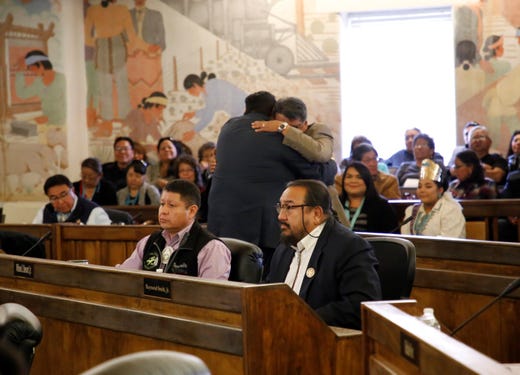 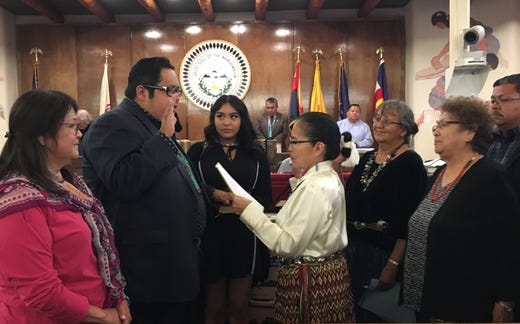