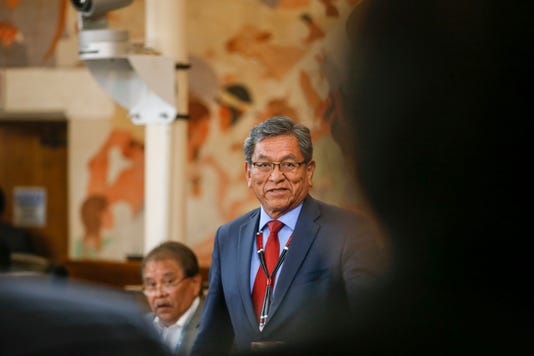 Begaye, who ran unsuccessfully for re-election in August, issued his support during an event organized by the Shirley campaign on Monday at the University of New Mexico in Albuquerque.

A video of the event was posted on the Shirley campaign Facebook page and shows Shirley and his vice president candidate, Buu Nygren, sitting next to Begaye as he stood to make the announcement.

Begaye, who had faced Shirley in an April 2015 special election for the presidency, explained he was in favor of the Shirley and Nygren ticket because they have the motivation and knowledge to continue initiatives and projects started under his administration.

He said the next president needs the ability to negotiate contracts and to conduct meetings with officials, traits Nez lacks.

"Over the last four years, I've seen (the) vice president not having the capacity or capability of thinking at this level," Begaye said.

Shirley thanked Begaye for his endorsement.

"We are very honored. We will do everything we can, to the best of our abilities, to run with the torch that you are passing," Shirley said. 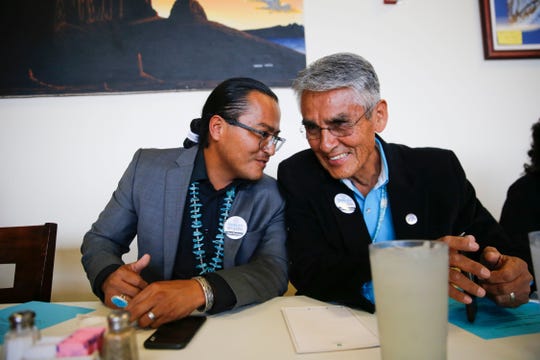 Nez said in a response to The Daily Times today that despite the Shirley campaign's attempt to reinvent its image and representation by such endorsements, the action contradicts their efforts.

"The endorsements so far only reinforce the old politics, and the wheeling and dealing behind closed doors that have been practiced for years," Nez said adding people are tired of that type of action and "demanding change."

He added his campaign has received support from the grassroots level and will continue moving forward.

Begaye continued his comments about Nez by adding the vice president is under investigation by the tribe's White Collar Crime Unit for "certain issues."

Although Begaye said he cannot share details about the case, he alluded to financial abuse and misuse by Nez.

Gertrude Lee, the tribe's chief prosecutor, said in an email today that the unit evaluates all referrals for investigation and will not comment on such referrals or confirm or deny the existence of an investigation.

"There are currently no charges pending against Vice President Jonathan Nez filed by the White Collar Crime Unit," Lee wrote.