Bosque Redondo Memorial will commemorate the treaty in June and the Navajo Nation Museum continues work to bring the original treaty to Window Rock. 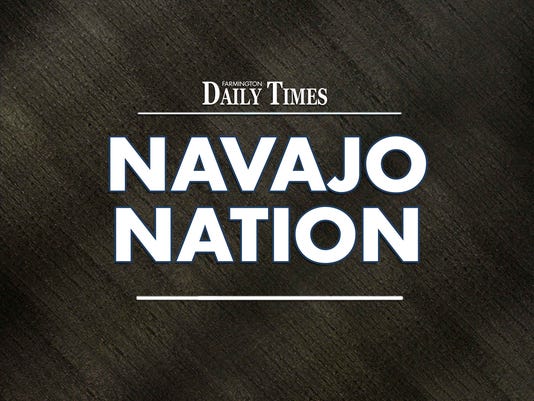 FARMINGTON — Events to mark the sesquicentennial of the signing of the treaty between the United States and the Navajo Nation are set for this summer at the Bosque Redondo Memorial at Fort Sumner Historic Site.

From 1863 to 1868, thousands of Navajo and Mescalero Apache were imprisoned at the Bosque Redondo reservation after being forcibly removed from their homelands.

The Treaty of 1868 emancipated Navajos interned at Bosque Redondo and acknowledged tribal sovereignty, established tribal land and set conditions between the tribe and the U.S.

The memorial, located southeast of Santa Rosa, will play host to events in June to commemorate the treaty signing, according to a New Mexico Department of Cultural Affairs press release.

The department partnered with the Navajo Nation and the Mescalero Apache Tribe for the events, which start on June 8 with a sneak peek of the upcoming permanent exhibits at the memorial.

Fort Sumner Historic Site manager Aaron Roth said in the release the reveal will allow stakeholders to provide feedback to guide the design.

The commemorative event continues June 9 with cultural dances, traditional foods, artisans, guest speakers from the tribal and state governments, and tribal elders sharing oral traditions pertaining to the resilience of life during and after Bosque Redondo.

There will also be a 6.5-mile walk and run from the memorial to Fort Sumner High School.

For the past two years, the Navajo Nation Museum has been negotiating with the National Archives and Records Administration to display the original treaty at its facility in Window Rock, Ariz.

Manuelito Wheeler, the museum director, said although an official agreement has not been reached, the requirements to display the document in June are in place.

"We are very, very near to having an arrangement in place," Wheeler said.

This would be the second time the treaty has traveled from Washington, D.C., to the Southwest. The document was loaned by the National Archives to Northern Arizona University in Flagstaff in 1998.

It would be the second time a treaty between the U.S. and a tribe is shown within the established boundaries of a tribe, Wheeler said.

“Our role is to put forth the treaty in an exhibit and people can make their own conclusions.”

Wheeler is a member of the planning committee overseeing various events to commemorate the sesquicentennial in communities across the reservation. He said the committee is comprised of representatives of the executive, legislative and judicial branches, and nongovernment personnel such as educators and historians.

Throughout the planning stages, the committee has considered a variety of opinions toward displaying the treaty, he said.

Those range from the teaching that advise against returning to Bosque Redondo — known as Hwééldi in the Navajo language — due to the pain and hardship inflicted there to individuals choosing to visit the site to achieve a sense of closure.

"Our role is to put forth the treaty in an exhibit and people can make their own conclusions," he said.