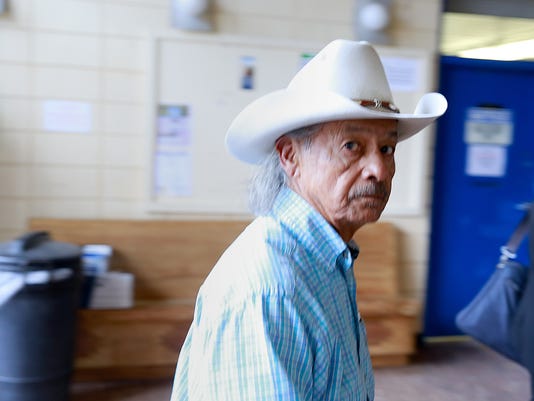 Arthur, who represented Nenahnezad, San Juan and Tiis Tsoh Sikaad chapters, was sentenced Monday in Window Rock, Ariz., according to a press release from the Navajo Nation Special Prosecutor.

Window Rock District Court Judge Carol Perry sentenced the former tribal lawmaker to 90 days in Window Rock jail, followed by 90 days of supervised probation. Perry noted in her ruling that Arthur and other defendants "did not consider the consequences of their actions," the press release states.

“The Diné people should understand that leaders who abuse the public's trust will be held accountable by the courts of the Navajo Nation.”

In addition to jail time, Arthur was ordered to pay $25,900 in restitution after he is released from jail. The court ordered Arthur to pay $539.59 each month until restitution is paid.

He also has to issue a letter of apology to the chapters he represented and attend a life value engagement class.

"The Diné people should understand that leaders who abuse the public's trust will be held accountable by the courts of the Navajo Nation," attorney Marc Lowery, who represented the special prosecutor, said in the release.

In December 2013, he was charged with six counts of bribery and one count of conspiracy for authorizing $25,900 in financial assistance to former delegates Johnny Naize, Norman John II, Ervin Keeswood, Elmer Milford and Leonard Teller.

Arthur pleaded guilty in October 2014 to the conspiracy charge.

He was scheduled for sentencing on Aug. 24, along with 14 former delegates and legislative branch employees, but court adjourned before he was sentenced.