Despite a siphon breakage reducing crops, Pumpkin Patch Fundraisers continues to send pumpkins across the country. 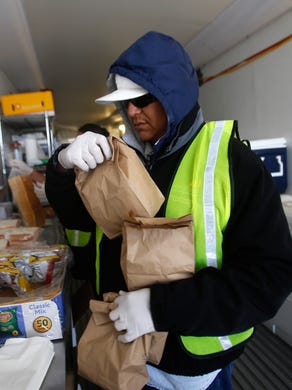 FARMINGTON — At this time of the year, it's not difficult to notice the rows of pumpkins sitting in fields at Navajo Agricultural Products Industry headquarters.

For more than 20 years, Pumpkin Patch Fundraisers has been growing pumpkins and popping corn on land leased from NAPI. But production was reduced this year.

The loss in output was due to a siphon that broke in early May and caused the 80,000-acre farm to go without water until the middle of June.

Pumpkin Patch co-owner John Hamby said in a Sept. 28 interview the company supplies pumpkins, specialty pumpkins and gourds to churches and nonprofit groups across the country for fundraising efforts. The company takes a portion of the proceeds the organizations earn from the sales.

In order to meet this year's demand, the company leased land in Springfield, Colo., and Texline, Texas, but the effort still resulted in a shortage, Hamby said.

"We feel our home is on the Navajo Nation," Hamby said.

With harvest season starting for Pumpkin Patch, seasonal workers are loading pumpkins into semi-trucks that drive into the fields, as well as to the loading dock the company built.

This is the third season Tsé Alnaozt'i'í Chapter resident Freddie Barber has worked at the dock, where he helps load specialty pumpkins and gourds. Barber said he returns because there are no job opportunities in the chapter, and he likes working for the company.

Fred Hayes has worked 17 years and has worked his way up from laborer to field supervisor.

"I like to come here and concentrate on the work. I keep everybody busy," Hayes said.

Up to 600 temporary workers are hired during harvest time. They are transported from communities as far away as Gallup, Zuni and Chinle, Ariz. 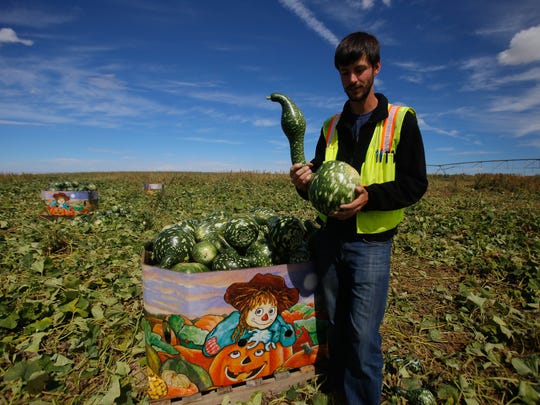 Over the years, the company has built dormitories, a dining area, a loading dock and other amenities to accommodate workers.

To operate Upland Desert Popcorn, its popcorn component, the company built a warehouse and storage units south of NAPI headquarters along N.M. Highway 371.

Despite the infrastructure and relationship Pumpkin Patch has built with NAPI, the company's current lease will end on Dec. 31. Hamby said the relationship is ending because the NAPI board of directors did not renew the contract.

NAPI CEO Wilton Charley and board member Peter Deswood III, who represents District 13, said in separate interviews Sept. 30 the company did not submit a request for proposal to continue the land lease.

Charley said Pumpkin Patch inquired about continuing its contract for the 4,000 acres, but the paperwork was not submitted by the June deadline. 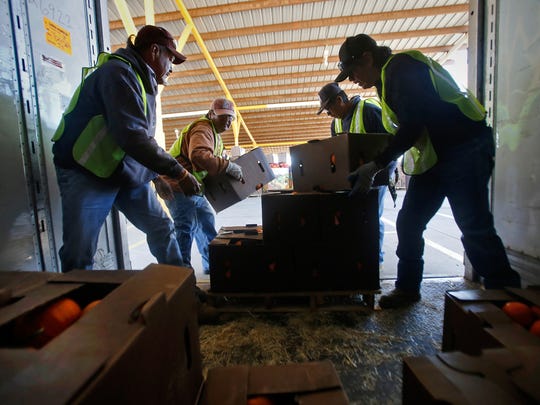 "We gave them notice about the status of their contract," he said, adding NAPI will use the land to grow wheat to supply its new flour mill venture. In July, NAPI announced its was relaunching its flour mill through a joint venture between the tribal enterprise and New Mexico Milling LCC.

The request for proposals was a new policy for contractors, and it was implemented as part of a management plan the board approved last year, Charley said.

NAPI crops were also affected by the siphon breakage, and the financial impact caused the enterprise to revise its budget for the new fiscal year that starts on June 1.