San Juan Water Commission members disagree about how to administer rights for thousands of acre feet of water.

FARMINGTON — Members of the San Juan Water Commission have fundamentally different ideas about how to administer water rights for thousands of acre feet of water, an issue the commission has been struggling with for more than a decade.

Representatives for rural parts of the county say they want the commission to hold the rights so water can be fairly allocated. But some city officials say municipalities ought to own some of those rights so they can make economic development plans without waiting for permission from the commission.

“Who’s going to own those water rights? That’s what’s important to us,” said Paul Montoia, a Farmington water resource specialist.

Since 2002, the commission has been working on a plan to allocate rights for about 3 billion gallons of water annually. Last week, the commission agreed to meet in January to talk about how it will finally finish that plan.

All of the water in question flows down the Animas River. Nearly 3,380 acre feet are excess water rights in the Animas-La Plata Project, which are stored in Lake Nighthorse southwest of Durango, Colo. Another 6,300 acre feet comes from other sources on the river.

That amount of water could fill the Farmington Aquatic Center's pool more than 9,500 times every year. 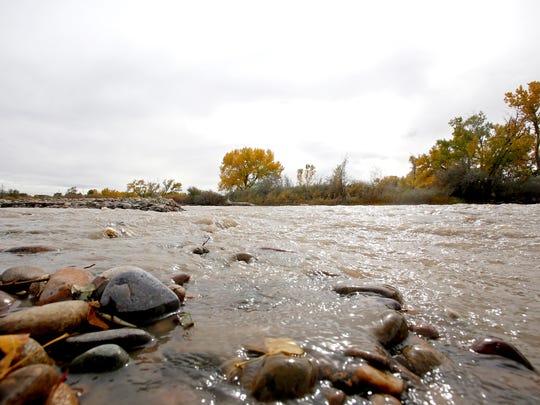 The unfinished plan also will decide what the commission does with water rights it hasn’t yet acquired.

Commission members represent Farmington, Aztec, Bloomfield, the county and the county's rural water users. Officials say the discussion when they meet to finish the plan will be interesting.

“There’s two sides to the story,” Aaron Chavez, the commission’s acting executive director, said. “Some members want it allocated, and some don’t.”

Jim Dunlap, the commissioner representing rural water users, said the commission protects his constituents by making the decisions about how to dole out water. Farmers don’t have as much money as cities, and they’d be beat out trying to buy water rights on the market, he said.

“It’s not just an easy thing for somebody to say I want my part of the water and I’ll go play with my own marbles,” Dunlap said. “We’re trying to look out for the welfare of the county, and not just one group.”

But Aztec and Farmington officials say they want more control of the water rights. Bloomfield, where officials are still discussing the matter, hasn’t yet taken a position.

Aztec City Manager Josh Ray said he doesn’t want all the water rights in the city’s name, just some of them so it doesn’t need to wait for the commission’s vote before using them. It's another bureaucratic step, and there’s always the chance the commission could deny a request, he said.

He added that in emergencies, such as when the Gold King mine spilled toxic waste into the Animas River in August, cities already share water with each other.

Farmington is also worried about having an outside group tell the city how to use the water rights, Montoia said. Those rights, he said, allow cities to attract industries and businesses, such as power plants and golf courses, which need water to operate.

But officials are months away from trying to finalize a plan, and everybody will have a chance to argue their case, Johns said.