Farmington's Four Corners Regional Airport is updating its runways in an effort to bring back commercial flights. 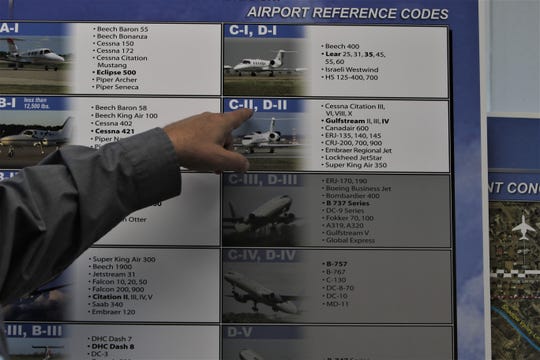 FARMINGTON — Nearly two years after the last commercial airline stopped flying in and out of the Four Corners Regional Airport, city officials say these flights will likely be returning next summer.

The upgrades involve extending the safety areas on either end of the runway. The City of Farmington received a $3.45 million grant from the Federal Aviation Administration for this project, which includes repainting the airfield and fog sealing to extend the runway’s life. The city’s goal is for the construction to be complete at the beginning of 2020.

“These runway enhancements will bring the Farmington-Four Corners Airport back into regional relevance by facilitating the return of scheduled jet airline service,” said City Manager Rob Mayes in a press release. “The Farmington and Durango communities, and our entire region, benefit when air travelers have options that result in lower airfares due to airlines competing for customers.” 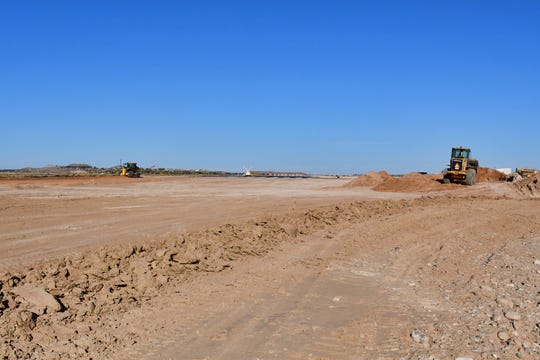 Extending the safety area at the end of the runways will help Farmington bring commercial air service back to Four Corners Regional Airport. (Photo: City of Farmington)

Prior to Great Lakes Aviation leaving the airport in 2017, the airline had flights from Farmington to Denver and Los Angeles.

When Great Lakes Aviation left in fall 2017, the only flights available from the Farmington airport were private flights, such as Vernon Aviation.

The City of Farmington has been in negotiations with a commercial airline to bring flights back to the airport once the upgrades are complete. The Four Corners Regional Airport received an $850,000 Small Community Air Service Development Grant, which will help pay for marketing and assist with the return of air service to the airport.

Airport Manager Mike Lewis said the city is in continued discussions with SkyWest Airlines about bringing air service back and will begin marketing once a concrete date is chosen for air service to return. 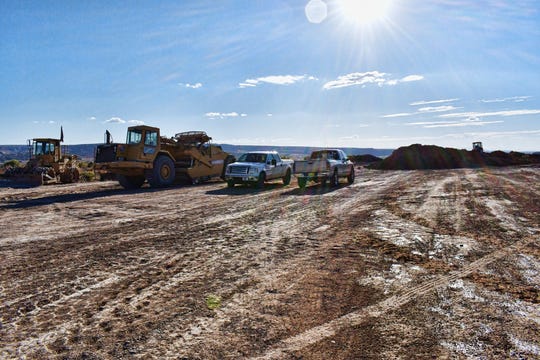 Crews are working to extend the end of a runway at Four Corners Regional Airport. (Photo: City of Farmington)

Farmington has history of air service

Lewis said the timeline for construction was largely based on funding from the Federal Aviation Administration. He said the airport plans on beginning paint work this week and most of the remaining work will be dirt work, which is less impacted by weather.

He said the airport has offered air service since 1947, when Monarch Airlines began flying to Albuquerque and Denver from the Four Corners Regional Airport.

“While we have the funds to help advertise and boost this service at its beginning, it will be up to the community to once again choose to fly Farmington and continue the more than 70-year long history of commercial airline service that our community has enjoyed,” Lewis said.