One of the many topics U.S. Department of Energy Deputy General Counsel for Energy Policy Mark Robeck discussed was carbon capture.

Robeck was the keynote speaker for the New Mexico Business Coalition’s Business and Social Hour on Oct. 3 at Merrion Oil and Gas.

He spoke on a wide range of topics, including a proposal for carbon capture technology at the San Juan Generating Station, methane emissions in New Mexico and liquefied natural gas. 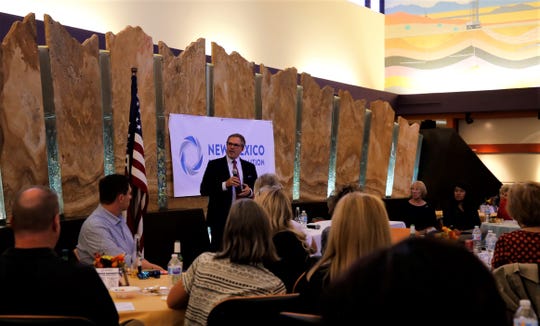 He said fossil fuels will continue to be an important part of the energy market going into the future, especially in developing parts of the world.

“All around the world, there are many places that don’t live with the same kind of conditions that we have, and they still need fossil fuel energy,” he said.

Robeck also explained the role of the U.S. Department of Energy in promoting new technologies, including carbon capture technology.

More: Federal government will fund most of study related to power plant retrofit

“We are not really a regulatory agency,” Robeck said. “We have some regulations that we implement, but, by in large, it’s a research and development agency.” 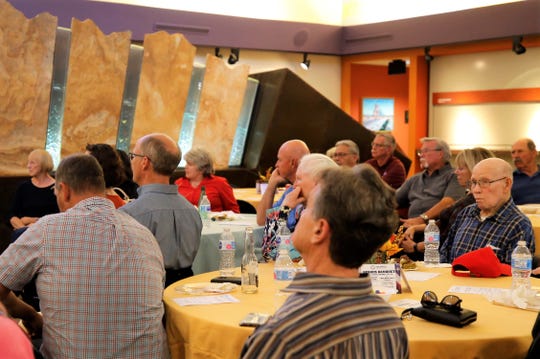 The U.S. Department of Energy recently awarded the city of Farmington and its partner Enchant Energy a Robeck grant to study a plan to apply carbon capture technology on the San Juan Generating Station.

More: Enchant Energy CEO: 'This area could become a leader in CO2 in the world'

Robeck said carbon capture is needed for more than just coal-fired power plants. He said carbon dioxide emissions can be captured from many other facilities, including concrete factories, steel mills and refineries. 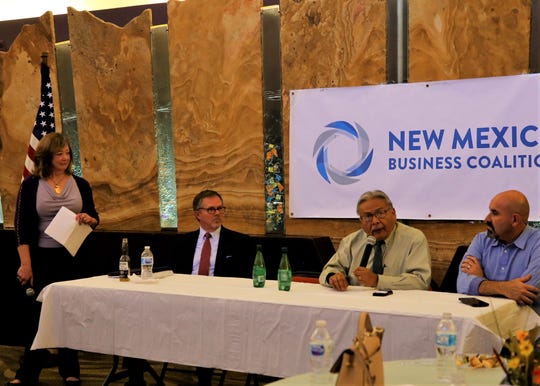 Robeck said carbon capture technology is not yet a marketable product without federal funding assistance. He said the costs of the technology will need to be reduced by 50 percent.

“It’s a challenging goal, but we think we can get there,” Robeck said.

Robeck further highlighted the proximity of the the San Juan Generating Station to a carbon dioxide pipeline as an advantage for the plant.

“This really is a prime location for this type of research,” he said.

The event concluded with a panel fielding questions about efforts to bring petrochemical manufacturing to San Juan County.

A petrochemical plant is one of the ways groups like Four Corners Economic Development hope to diversify the San Juan County economy. 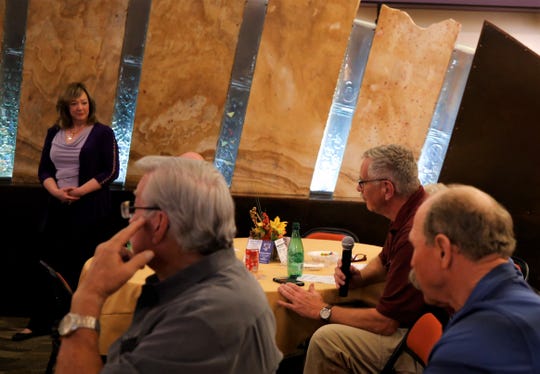 There are still several major hurdles that would have to be cleared before a petrochemical plant could be built. Those include land access and water rights, as well as identifying a way of transporting the goods out of the area.

State Rep. Rod Montoya, R-Farmington, said the legislative Economic and Rural Development Interim Committee will meet in Farmington at the end of the month. One of the topics on the committee’s agenda will be hearing an initial report about the viability of building a railroad to connect the Farmington area with Gallup. 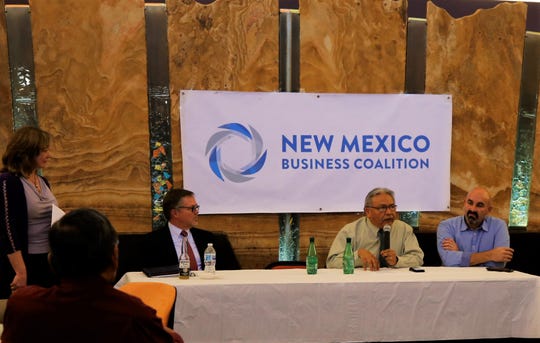