The Connie Gotsch Arts Foundation has offered to pay to help the city construct an auditorium at the Farmington Museum at Gateway Park. 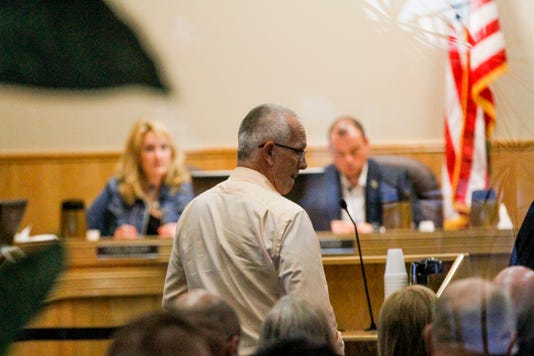 Mick Hesse, a member of the Connie Gotsch Arts Foundation board, talks about a proposed auditorium at the Farmington Museum at Gateway Park with members of the Farmington City Council Tuesday at City Hall.(Photo: Jon Austria/The Daily Times)Buy Photo

FARMINGTON — The city of Farmington is considering building an auditorium at the Farmington Museum at Gateway Park after being approached about the idea by the Connie Gotsch Arts Foundation.

The foundation, which is a nonprofit organization that provides grants to local artists and arts groups, has offered to pay between $750,000 and $900,000 to help the city build the auditorium, which would bear Connie Gotsch’s name.

Gotsch was a Farmington author and the host of a college radio show about local arts. After her death in July 2012, the arts foundation was created to handle her estate. She had specified that the money in her estate be used to help the local arts community.

Since its inception, the foundation has given out $220,000 in grants, according to Mick Hesse, a local musician who was close friends with Gotsch. He was one of three people she selected to oversee her estate. Hesse also serves on the foundation’s board.

Once the conceptual plans are completed, the City Council will decide if it would like to proceed with building the auditorium at the museum.

“I didn’t know Miss Gotsch, but I think it is a great tribute to her,” Councilor Linda Rodgers said about the proposed auditorium.