While it is likely that the drought management plan will not be implemented, the city staff is beginning an educational campaign about water conservation.

A city official says Farmington Lake, which is at 100 percent of capacity, is the city's main protection against drought.(Photo: Hannah Grover/The Daily Times)Buy Photo

FARMINGTON — Farmington officials do not think it will be necessary to implement the city’s drought management plan this year.

The drought management plan was developed in the 1990s and includes four stages of water restrictions.

The city staff is beginning an education campaign about water conservation. The City Council may choose to impose stricter penalties for violations of water restrictions if the drought management plan is implemented.

Public Works director David Sypher presented information about the plan to the City Council during a work session this morning at Farmington City Hall. Sypher said Farmington Lake is at 100 percent capacity.

“It is the primary protection we have against drought,” Sypher said.

Sypher said normally the city reduces the level to 75 to 80 percent of capacity during the winter for maintenance purposes, but the maintenance was done during the fall this time.

A mallard stands on a rock in the Animas River Tuesday at Berg Park in Farmington. (Photo: Hannah Grover/The Daily Times)

The city has various criteria that it looks at when determining whether to implement water conservation steps, Sypher said. He said the most important criteria in his mind is snowpack.

“It doesn’t really matter how much precipitation we have if we don’t have any snow,” he said.

The snowpack is expected to improve over the upcoming days. Sypher said the forecast for Silverton calls for snow seven of the next nine days.

Other criteria the city looks at includes precipitation, weather projections, the Palmer drought index and stream flow in the Animas River.

The city has four stages to the drought management plan. The first stage is a water-shortage advisory that is intended to get people to start thinking about conserving water.

The city has never had to implement any of the subsequent stages of the drought management plan. The second state requires mandatory conservation, such as only watering lawns three days a week. The third state is a water shortage warning. If the city went into stage three, residents would need to use commercial car washes to wash their vehicle. The fourth stage is a water shortage emergency. If the city had to implement the fourth stage, nearly all outside water use would be prohibited. 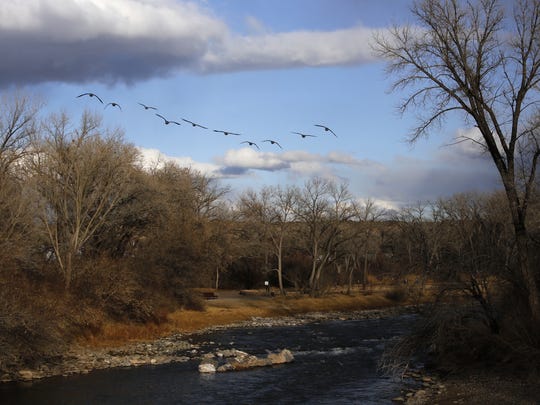 In addition to discussing water resources, the City Council approved a change to the parking format for the Complete Streets project in downtown. The council previously had approved a change to angled parking on Main Street. But project coordinator Sherry Roach told the City Council that the angled parking would reduce the width of the sidewalk to 12 feet. She said parallel parking would allow for sidewalks 15 feet wide.

“I think anything we can do to increase the sidewalk width is what we should do,” City Councilor Gayla McCulloch said.

The parallel parking could mean fewer parking spots on Main Street than the angled parking, Roach said. However, City Manager Rob Mayes said the city is building additional parking capacity in some of the lots downtown. The existing lots already provide hundreds of parking spaces, according to Roach.

“It’s not unusual to have to walk from your car to have to go places,” Mayor Tommy Roberts said. “In most big cities, you’re in a parking structure, you’re still walking some distance to get to a store.”

Hannah Grover covers government for The Daily Times. She can be reached at 505-564-4652 or via email hgrover@daily-times.com.