Five Guys Burgers and Fries and Firehouse Subs locations in Farmington are scheduled to open on Monday.

Two new fast-casual eateries are scheduled to open on Monday

FARMINGTON — Two new fast-casual restaurants are preparing to open in Farmington to start serving their unique flairs on hamburgers and sub sandwiches.

Five Guys Burgers and Fries and Firehouse Subs are scheduled to open on Monday, according to company representatives.

Five Guys is the latest tenant in Farmington Pavilion on East Main Street. It will be located in the same shopping center as Dick’s Sporting Goods, Chick-Fil-A and the Sleep Number mattress store.

The store will be the "typical" size of a Five Guys restaurant, a company spokeswoman said in an email. Five Guys is known for making its burgers with fresh ground beef that is never frozen. 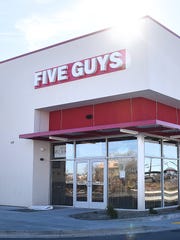 Darin Fitzgerald said he decided to open a Firehouse Subs franchise in Farmington because he enjoys restaurant's hearty and flavorful sandwiches.

"That’s the first thing. The food had to be something I love," he said.

The business is located in San Juan Plaza on the corner of East 20th Street and East Main Street, next to the Wingstop restaurant.

Firehouse Subs was founded about 22 years ago by former firefighters and brothers Chris and Robin Sorensen, according to a press release. It recently opened its 1,000th location and operates in 44 states, Puerto Rico and Canada.

Currently, Fitzgerald operates a Papa John’s Pizza franchise in Farmington and another in Gallup.

He said what makes Firehouse Subs stand out is its preparation of the sandwiches.

The bread, meat and vegetables are prepared separately before the sandwich is assembled. The meats and cheese are steamed before being placed on a toasted sub roll and then vegetables and condiments are added. 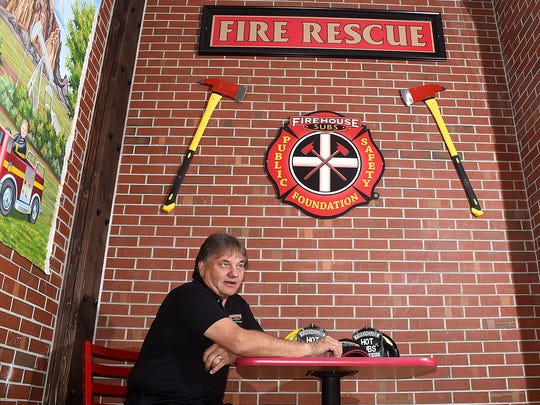 During a tour of the location last week, Fitzgerald pointed out the interior decorations include a number of references to firefighters.

Also important for Fitzgerald is the Firehouse Subs Public Safety Foundation, a nonprofit organization that donates funds and equipment to law enforcement and emergency responders.

Even though the Farmington restaurant hasn’t yet opened for business, the foundation donated an automated external defibrillator to the Farmington Police Department earlier this year.

The Farmington Fire Department has also applied for a grant from the foundation worth $10,000 to $15,000. Fitzgerald said the grant is funded by the donations to the foundation when guests are asked "round up" the cost of their orders by 25 cents or to the nearest dollar amount.

"They’re a company that really involves themselves in the local community," Fitzgerald said.

As part of its employee training, the restaurant also plans to offer free meals this week for local police officers and firefighters. 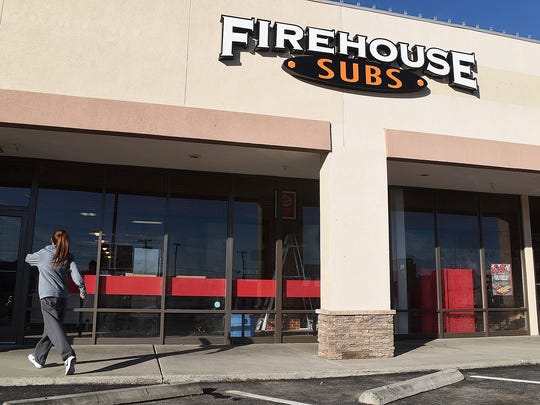