Police say a man who allegedly barricaded himself inside a house in east Farmington appears to have taken his own life.

Police say Eli Carpenter, 41, appears to have died of a self-inflicted gunshot wound to the head

FARMINGTON — A man who allegedly barricaded himself inside a house in east Farmington this afternoon appears to have taken his own life, according to Farmington police.

Eli Carpenter, 41, was found on the floor in a bedroom of the house on Kayenta Drive, south of the Animas Valley Mall, according to a press release the police department issued tonight.

Police spokeswoman Georgette Allen said police received a domestic violence call at about 3 p.m., and officers met with the victim and her child at the mall. After talking to the woman, officers went to interview the suspect, who was in a home at 5010 Kayenta Drive.

When they reached the residence, the officers heard a shot fired, Allen said. Police reported the shot was fired at about 3:15 p.m., according to police scanner traffic.

After hearing the shot, police set up a perimeter around the neighborhood. A reverse emergency notification was sent to landlines in the area, and residents near Kayenta Drive and English Road were advised to shelter in place. Officers also broadcast warnings over an intercom system, telling residents to remain in their homes.

The perimeter remained in place for about four hours as police secured a warrant and gained access to the house. During that time, police deployed an armored vehicle and the SWAT team.

Allen said the officers did not immediately approach the residence after setting up the perimeter due to safety concerns. She said officers knew Carpenter had weapons and did not know where he was in the house. 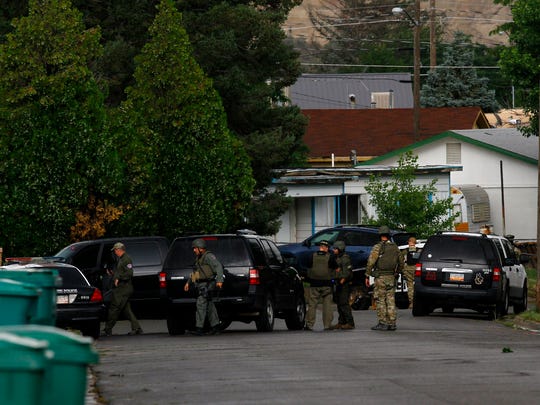 Sonja Hall, who lives near the house on Kayenta Drive, was at the store at the time the incident took place. She returned to find her street blocked off. Hall said her mother also lives on Kayenta Drive.

“I was more worried (at the time) about her and if someone broke into my house,” Hall said as she waited outside the Farmington Clinic of the of the Department of Veteran’s Affairs.

Her mother, who was not home at the time, soon joined her in the parking lot.

Hall described the neighborhood as quiet and said most of the residents are senior citizens. 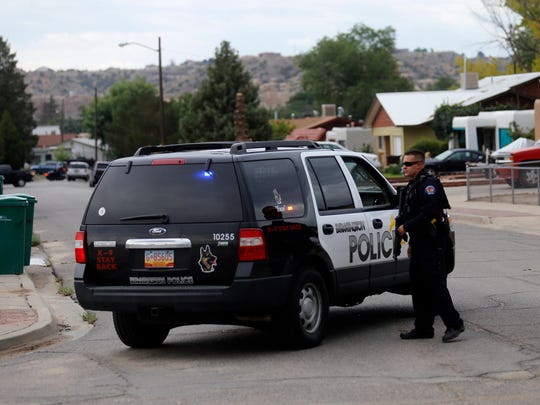 Police on Friday respond to a standoff at a home on Kayenta Drive in Farmington. (Photo: Jon Austria/The Daily Times)

People who need support or are considering suicide can call the National Suicide Prevention Lifeline at 1-800-273-8255.