The Farmington Municipal School District is soliciting input from the community on its future goals. 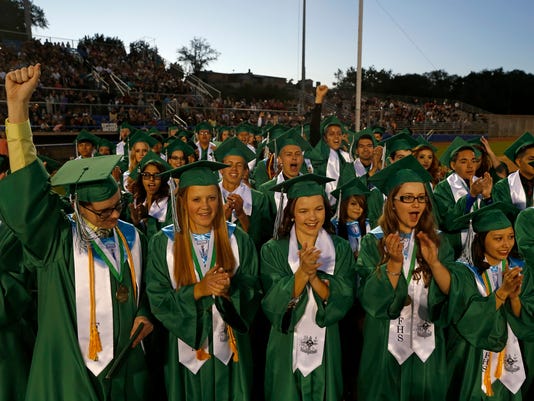 Farmington High School graduates cheer during their commencement ceremony on May 19 at Ricketts Park in Farmington.(Photo: Daily Times file photo)

FARMINGTON — Farmington Municipal School District administrators are seeking input from the community about the district's future.

Parents, guardians and community members can fill out a survey on the district’s website to help determine future goals for the district, as well as identify strengths and weaknesses in current classroom environments, said Superintendent Gene Schmidt.

The survey will close on Friday.

“We want to have a very deep, reflective, introspective look at ourselves,” Schmidt said. “What are those things we do well, and then ask the question, ‘What is it as a district we can do better?’”

The 17-question survey includes a look at five goals that members of the district's Board of Education are proposing as part of the three-year strategic plan.

According to the survey, the proposed goals include focusing on improving student excellence, recruiting exceptional teachers and staff and prioritizing resources to support student learning.

Other survey questions ask participants to rate the current performance of the district in several areas, to share their thoughts on improving academic performance and to weigh in on the district's financial priorities.

“We would like to know what the community values the most,” Schmidt said.

As examples of this progress, he cited the district’s performance on the Partnership for Assessment of Readiness for College and Careers, or PARCC, exam and the 11 district schools that received A grades from the New Mexico Public Education Department on the 2014-2015 school report cards.

“We believe the work we are doing is the right work,” Valdez said. “Now it’s a manner of using the strategic planning process to align everything.”

The information gathered from the survey will be shared with focus groups that will meet starting Jan. 19 and continuing through the end of February.

As part of the focus groups, Valdez said he will meet with students from both Farmington and Piedra Vista high schools to discuss the survey's results and gather students' input. Parents and guardians, along with representatives from area businesses, nonprofit organizations and faith-based groups, will also participate in the focus groups.

Schmidt said he hopes a first draft of the district’s strategic plan is done by April or May, which would allow the district to include portions of the plan in its upcoming 2016-2017 school year budget. 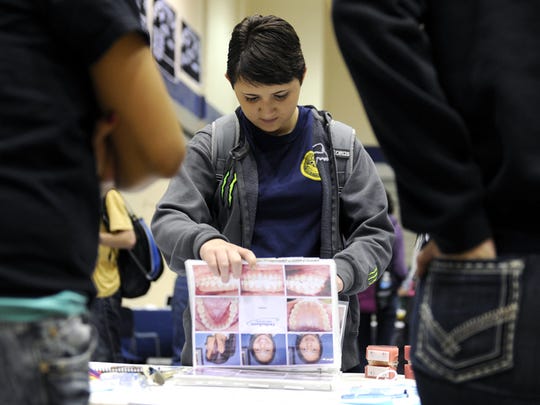 The survey is available in the English and Spanish languages on the district’s website, district.fms.k12.nm.us.