A Farmington bank has taken a new approach to serving its commercial lending customers. 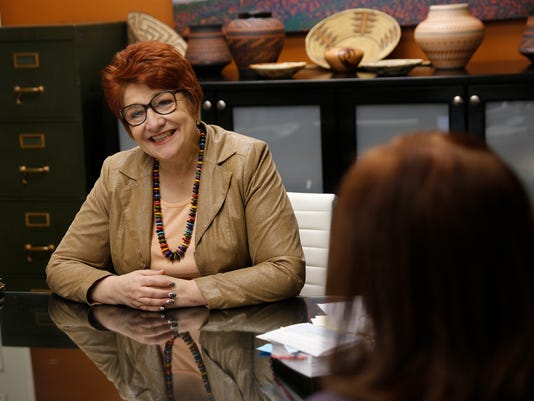 FARMINGTON — A Farmington bank has taken a new approach to serving its commercial lending customers.

Bank of the Southwest has opened a commercial lending office next to its branch on East Main Street near the San Juan Country Club.

The new location will provide customers a more comfortable, professional and private space to meet with loan officers, said Robin Roy, vice president of the bank and the Small Business Administration loans administrator.

Often, customers who speak with loan officers are anxious, Roy said, adding "you're nervous because you're going to talk about something private and personal."

Bank officials decided to open the commercial lending office in part because the company's 50-year lease on a plot of land in downtown Farmington expires at the end of this month.

Bank of the Southwest currently has branches across New Mexico, including one in downtown Farmington and another on East Main Street.

The downtown office is located on two plots of land, one that the bank owns and another that it leases.

Bank officials decided against buying the other plot of land when the lease is up. Instead, they decided to remodel and downsize the downtown location. That included moving the commercial lending office from its former site in downtown Farmington to a building the bank owns that is located next to the East Main Street branch.

The downtown branch will still offer personal banking, but commercial lending will take place at the East Main Street office. ​While the bank has both commercial and individual customers, it specializes in small business loans.

Bank of the Southwest purchased office space next to its East Main Street branch in 2013, knowing the lease on the downtown plot would expire soon, said Georgia Gramlich, the bank's senior vice president and division manager.

​"It was kind of an insurance policy," she said.

Bank officials turned that office space into the new commercial lending office, which opened about a month ago.

Currently, three people — Roy, Gramlich and Lisa Zohnnie, the administrative assistant — work in the new space, which has room for expansion.

"It's a commitment to the Four Corners area that we're here to stay," Gramlich said. "We're investing money in our locations." 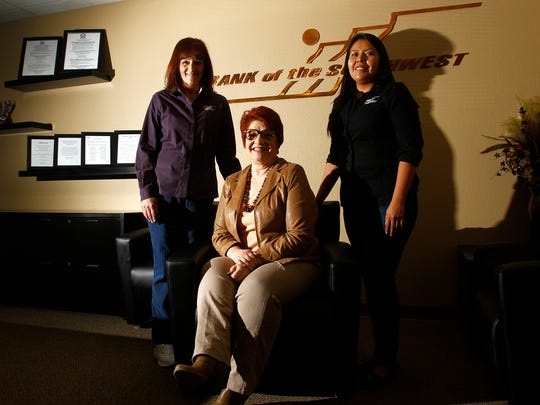