Linda Schwinghammer, director of the Testing Center, said the new exam provides an alternative to the GED — or General Educational Development — exam offered by the Pearson Testing Service, which was previously the sole high school equivalency exam offered by the college.

The New Mexico Public Education Department approved the exam in February last year, and New Mexico was the 14th state at the time to approve the exam. The exam was introduced in 2014.

Jason Carter, national director of high school equivalency testing for the Educational Testing Service, said 18 states have approved the exam. Carter said the nonprofit was contacted by several states asking the organization to create an alternative test to the GED high school equivalency exam, and come up with one that was more accessible and affordable.

The Educational Testing Service and Iowa Testing Programs started developing the exam about three years ago. They released it in 2014, according to Carter.

The HiSET covers the same subject areas as the GED, including science, mathematics and social studies but splits language arts into two separate sections for writing and reading.

The only option for taking the GED exam is electronically on a computer. The HiSET offers a paper version in addition to an electronic version.

“We thought having the paper version was important,” Carter said. “Particularly for folks who are incarcerated who want to take the test and older individuals who did their school learning all on paper and not on computer."

Schwinghammer said those who take the HiSET can alternate between the paper and electronic versions for each section of the exam.

“If someone isn't really good at keyboarding, they won't be penalized,” Schwinghammer said. “They can still hand write their essays. They can do their math with paper and pencil.” 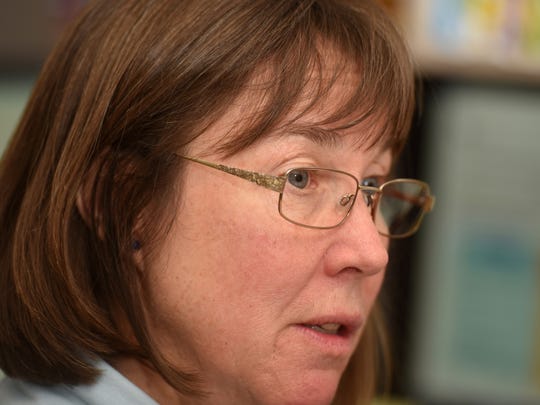 Linda Schwinghammer, director of testing, talks about the differences between the HiSET and GED exams on Wednesday at the Testing Center at San Juan College. (Photo: Steve Lewis/The Daily Times)

Jenny Lambert, director of the adult education program at San Juan College, said she's excited students have a choice for taking a high school equivalency exam and that the market is no longer dominated by one exam.

The adult education program offers free, noncredit classes in writing, math, reading and English as a second language to adults who do not have a high school diploma or equivalent.

Lambert said the instructors have taken part in training to learn about the HiSET exam, but she said it will not impact the curriculum.

"We as a program, we are here to prepare them to be college-ready or stronger employees," Lambert said.

The GED costs $80 for the full exam. The HiSET can cost $50 if paid upfront or $75 if each section is paid for separately.

The Testing Center charges a $40 proctoring fee to administer each test.