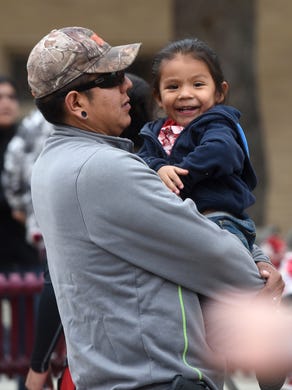 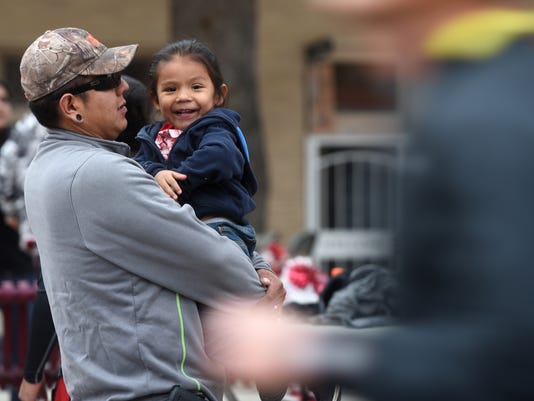 FARMINGTON – Approximately 20 minutes after an air horn announced the start of the fourth annual Reindeer Romp Saturday, the first two runners crossed the finish line on Orchard Avenue within seconds of each other.

The Reindeer Romp is one of two festive holiday fun runs that the city of Farmington's Parks, Recreation and Cultural Affairs and the Farmington Downtown Association put together each year. In addition to the race, there is a 2-mile walk. The event also features a visit from Santa Claus, who stood at the finish line and distributed candy canes.

Niehaus, who typically runs longer distances and competed in the Boston Marathon earlier this year, said he participates in the Reindeer Romp because it is local. He said the most challenging part of the race is a hill on Navajo Street.

Eaton runs cross-country in school and said he participated because he loves running, and he was happy with his finish.

"I would rather finish second than first because it tells me I've tried hard enough," he said.

Minutes later, the first female finisher crossed the line. Amber Saiz, 21, a senior member of the track and cross-country teams at Eastern New Mexico University in Portales, said her boyfriend is from the Farmington area, and she came here with him for Christmas break.

When she learned there was a 5k fun run, she decided to enter the race because she has never before had the chance to run a road race.

"I liked it," she said after finishing. "It was fun. The hills were kind of tough, but it was doable."