Cost: Officials say project would pay for itself in less than nine years

Cost: Officials say project would pay for itself in less than nine years 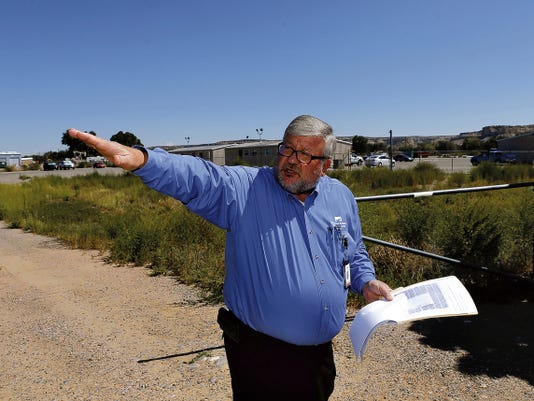 FARMINGTON — The San Juan Regional Medical Center is planning a nearly $4 million solar farm that officials say would generate about one-third of the hospital's power and could pay for itself in less than nine years.

Chief Operating Officer John Buffington said the hospital considered installing solar panels a decade ago, but the technology then was too expensive and inefficient. Now, its cost has dropped, and the panels have improved, he said.

Also, he said, the cost of electricity is rising, but sunlight is free.

The solar farm project would lay down hundreds of solar panels in tight rows. Each row, equip with a motor, would tilt as the sun passes through the sky.

Buffington said the hospital's board of directors has not approved the project yet, and a time line for construction has not been set.

If the board approves the project, the hospital would build the nearly 1.9 megawatt solar farm on about 8 acres south of its main building in Farmington. The project could take three to five months to complete, said Matt Kyriakos, director of commercial sales for Affordable Solar. The hospital hired the Albuquerque business to design the project.

According to documents Kyriakos provided, the hospital's solar farm would generate enough electricity to power about 475 homes for one year.

Rate No. 23 would have saved the hospital about $47,000 each year if its solar farm were complete. But that saving would have come from the utility's budget. Many councilors said they considered that a subsidy, and they cited that as a reason for shooting it down at the council's Tuesday meeting.

The City Council instead approved Rate No. 24, which allows the utility to recover the revenue it would have lost under the other rate.

Doug Frary, the hospital's professional and support services vice president, said the solar farm would eventually pay for itself.

According to documents he prepared for the hospital's board of directors, on average the project would save the hospital nearly $450,000 a year. By the time the solar panels' 25-year warranty expires, the hospital would have saved more than $11 million, according to his projections.