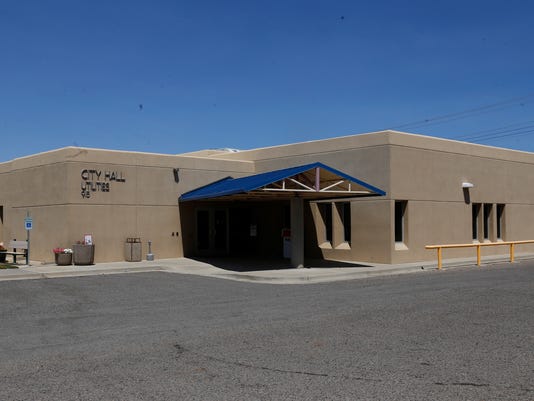 One of the reasons for the $1.3 million shortfall is the city's end-of-the-year cash balance. Finance Director Brad Ellsworth said the city ended this fiscal year about $506,000 short of the state required reserve. He said the city now has to make that up in its budget for the upcoming fiscal year.

“I haven't had anyone who could tell me with certainty what's going to happen with the regional economy.”

Councilors at tonight's meeting also unanimously approved the fiscal year 2017 budget. In his motion to approve the budget, Councilor Elwin Roark said the city will likely make "further cuts down the road."

The city's budget shortfall resulted from a significant decrease in revenue from gross receipts taxes, according to City Manager Eric Strahl.

Prior to tonight's meeting, the city had already made about $500,000 in cuts, including adjusting employee health insurance premiums, keeping vacant positions open and having its planning and zoning director retire early. However, that still left an $826,000 shortfall that the council had to grapple with before approving the final budget.

Strahl had several recommendations, aside from the pay cuts. By cutting back on operating hours at the indoor pool and eliminating four temporary parks and recreation department positions, plus making changes to employees' cellphone policies and canceling coffee services, the city was able to make up much of the shortfall. Strahl advocated for pay cuts, rather than mandatory furloughs, which were another option councilors considered. Strahl also said the city will have to monitor its gross receipts tax revenue closely each month.

"I haven't had anyone who could tell me with certainty what's going to happen with the regional economy," Strahl said.

Bloomfield was not the only city forced to reevaluate its general fund budget because of gross receipts tax revenues.

Aztec's final budget for fiscal year 2017 includes a more than $460,000 reduction in its general fund compared to the preliminary budget. Aztec City Commissioners unanimously approved that budget also at a meeting tonight.

Aztec Finance Director Kathy Lamb told City Commissioners that after receiving the numbers for the July gross receipts taxes, the finance department decided to be more conservative in the budget for the upcoming fiscal year.