Kim Mizell is adjusting to the responsibilities as superintendent of the Bloomfield School District.

Editor's note: The Daily Times' annual "Rewind" series revisits stories we have reported on over the past year. To read more “Rewind” stories, go to daily-times.com.

BLOOMFIELD — After completing her first semester as superintendent, Kim Mizell is getting more comfortable with the many responsibilities of managing the Bloomfield School District.

As The Daily Times reported on Feb. 4, Mizell was selected by the district Board of Education to succeed Joe Rasor as superintendent after he announced his retirement in August 2014.

Mizell said she developed a love for education when she first started helping children learn to read.

“I love teaching first, second graders. There is nothing more fulfilling than seeing a child learn to read and get the concepts,” Mizell said.

Mizell returned to the district where she began her teaching career on April 1 as a temporary transition assistant superintendent. That arrangement allowed her to shadow Rasor for three months before his June 30 retirement.

She was previously the executive director of Northwest Regional Education Center No. 2. At the center, Mizell helped implement support programs for school districts and worked as a turnaround leader through the Principals Pursuing Excellence program with the New Mexico Public Education Department.

The three-month transition period at Bloomfield allowed Mizell to learn about the district’s budgeting process and provided time for her to visit with the staff and principals at each school. The visits helped her form ideas about the future direction of the district. 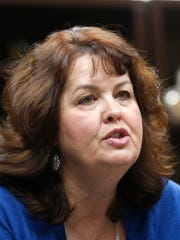 Mizell said one of her immediate goals for the district is to utilize periodic assessments during the school year to help identify students in need of intervention.

The information from the assessments can be used to help identify areas where students need the most help because they provide more timely information than exams performed on an annual basis.

A number of programs Mizell is working on implementing are designed to improve the district’s performance on state assessments and in the letter grades assigned by the state education department.

The district’s performance on the Partnership for Assessment of Readiness for College and Careers, or PARCC, exam showed the district scored below the state average in 11 of 12 categories for first through eighth grades.

While examining the PARCC data, Mizell said she noticed that students who performed the best also scored higher on the writing portion of the exam.

A new writing program is being implemented this year that is designed to increase proficiency in writing based on that correlation.

“We are being more strategic in Bloomfield this year and I hope the students will see success with the next round of PARCC assessments,” Mizell said.

Mizell said turning a school district around takes time but she hopes these first steps will improve the district's performance this current school year. 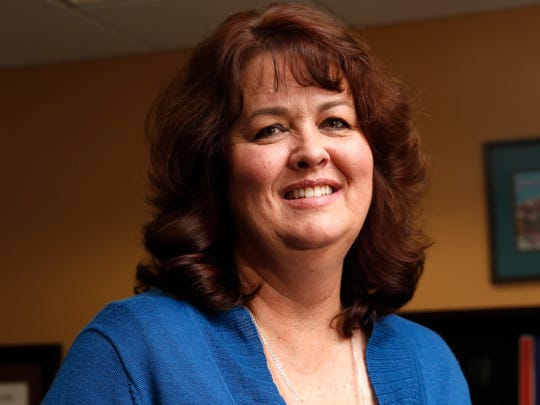 "We're hoping to see a big increase in our PARCC scores and school grades for this school year," Maes said.

One element of the job that surprised Mizell was the time commitment. Between the duties of the superintendent and trying to attend student activities in the evening, her day starts about 7:45 a.m. and ends about 9:30 p.m.

“I really try to support the students and the student athletes,” Mizell said.

As for long-term plans, the district is involved in a program to improve reading instruction for kindergarten and first grade students which also provides intervention for third and fourth-grade students.

“We’re doing quite a bit this year with addressing things in the district,” Mizell said. “My hopes are as we progress, we’ll just keep refining as we go.”