FARMINGTON — The family of a woman cared for at the Bloomfield Nursing Home and Rehabilitation Center has filed... 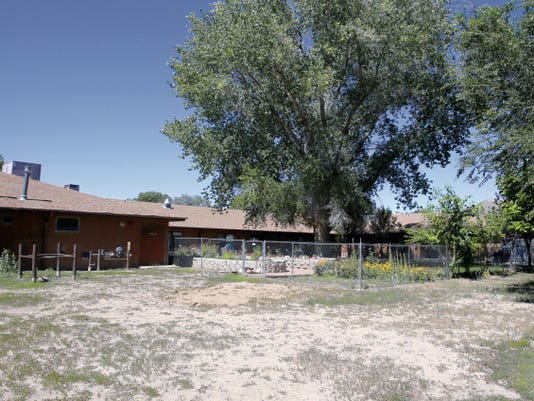 The Bloomfield Nursing Home and Rehabilitation Center has been named in a wrongful death lawsuit filed earlier this month.(Photo: The Daily Times file photo)

FARMINGTON — The family of a woman cared for at the Bloomfield Nursing Home and Rehabilitation Center has filed a wrongful death lawsuit against the nursing home.

Roxanna Commanche claims in the lawsuit that staff at the Bloomfield nursing home, located at 803 Hacienda Lane, provided inadequate treatment to her grandmother, Jeanette Costeanna, while she was a resident at the facility.

According to the Sept. 1 complaint, the nursing home staff ignored Costeanna's dietary needs — which caused dehydration, malnutrition and weight loss — and allowed her to develop bed sores that went untreated.

Costeanna also developed infections and suffered injuries, including an "unexplained" arm bone fracture, while being cared for at the facility, the complaint states.

Costeanna was admitted into the nursing home in July 2006 and remained at the home until Feb. 8, 2014, the complaint states. Her medical history included diabetes, hypothyroidism, general muscle weakness and dementia, according to the complaint.

A spokeswoman for Preferred Care Partners Management, Rebecca Reed, said Friday that the company does not comment on pending litigation.

According to The Albuquerque Journal, the New Mexico Attorney General's Office filed a lawsuit against the nursing home operator in December, claiming understaffing at the company's New Mexico nursing homes made it impossible to provide adequate care.

Cathedral Rock, of Fort Worth, Texas, is also named as a defendant in the wrongful death lawsuit.

Representatives from the company could not be reached for comment Friday.

Cathedral Rock was previously found guilty in January 2010 of felony health care fraud for failure to provide adequate treatment to residents living in several Missouri nursing homes, according to an FBI press release.

The company and its founder, C. Kent Harrington, paid $1 million in criminal fines and penalties, the release states.

Attorney Mary Ellen Spiece, of Wilkes & McHugh, P.A., filed the lawsuit on behalf of Commanche. She did not respond to a request for comment Friday.