Aztec is currently accepting public input on a proposed ordinance that would allow police to give tickets to people using a cell phone while driving.

Aztec is considering an ordinance that would ban cell phone use while driving, but there are other ways people can be distracted while driving. Wochit

AZTEC — Several Aztec city commissioners say they were surprised the state or the city did not already have laws or ordinances in place banning the use of cell phones while driving.

"I think it's definitely a health and safety issue," said Commissioner Rosalyn Fry. "I've been living as if it was against the law, so I was kind of surprised that it wasn't on the books."

The City Commission unanimously voted to move forward with a change in city code that would create fines and penalties for using a cell phone while driving in Aztec.

“Isn’t there a state law already about not using a cell phone while driving?” Commissioner Mark Lewis asked.

Police Chief Mike Heal said the state law currently bans texting while driving and the police can use distracted driving laws to cite people whose driving is impaired by cell phone use. 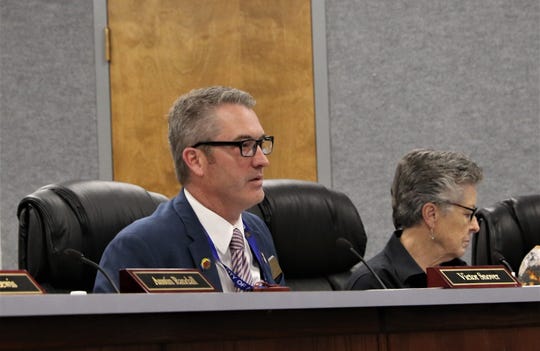 Aztec is now accepting input from residents about the proposed change and the City Commission will take final action on the policy at a later date.

The proposed change to the city code would still allow people to use hands-free devices, such as Bluetooth.

The City of Bloomfield currently has a similar ordinance in place and police will write tickets for people who are using a cell phone while driving in Bloomfield.

Aztec Mayor Victor Snover said he sees teenagers leaving the high school who begin texting while driving before they leave the parking lot.

“Someone’s going to get killed,” he said. “I can’t believe somebody hasn’t been killed yet.”