Steve Mueller has served as interim city manager since October. Now he will be working as the city manager.

Steve Mueller will be paid more than $104k annually 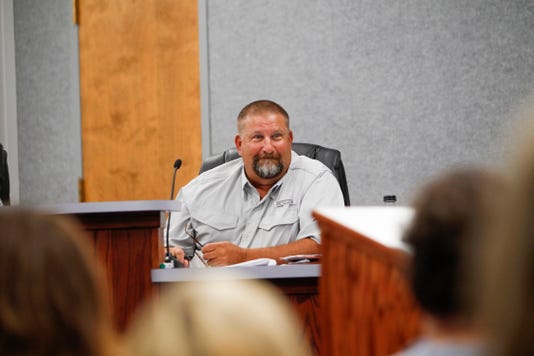 AZTEC — The city of Aztec has appointed Steve Mueller as its new city manager.

Mueller has been serving as interim city manager since the former city manager Josh Ray left in October. Ray resigned as city manager after taking a job in Texas.

The City Commission unanimously approved hiring Mueller as the city manager following a closed session at the end of its meeting Tuesday night.

Mueller previously worked as the city’s parks and general services director. He has been working for the city of Aztec for about seven years. Prior to working for the city, Mueller worked for private construction companies and for New Mexico State Parks.

“I want to see the city continue to move forward,” Mueller said after the meeting.

He said he would like to have a good relationship with the City Commission, as well as the city staff.

Mueller anticipates the city will focus on completing the East Aztec Arterial Route and the North Main Extension project in the upcoming years.

According to the contract available in the city agenda packet, Mueller will be paid $104,142 annually. The packet can be viewed online at aztecnm.gov.

Aztec's City Commission meeting can be viewed on the city's YouTube channel.