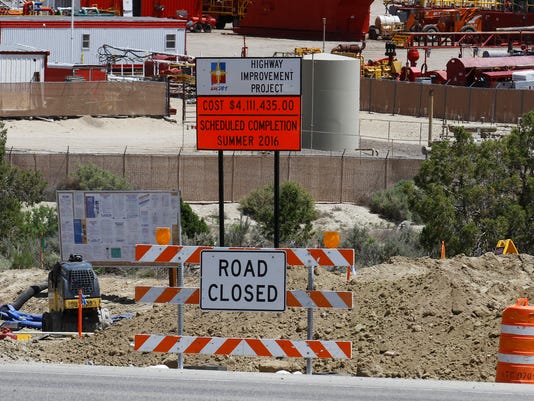 The commission approved a budget of about $38 million, which is about 2 percent less than the budget for fiscal year 2016, according to city documents. The documents state that the fiscal year 2017 budget is "a streamlined budget with one main focus — completing the big projects that we have been working on for a number of years." These projects include the East Aztec Arterial Route, the North Main Avenue extension project and the sewer outfall line.

While the city grapples with expenditures exceeding revenues in both the general fund and joint utility fund, it saw an increase in community funding requests this year.

The Aztec Boys & Girls Clubs, the Aztec Museum and Pioneer Village, and Aztec Ruins National Monument submitted requests for community funding. The commission approved giving the Boys & Girls Clubs $20,000, the museum $10,000 and the national monument $680. Of the three requests, only the Aztec Ruins National Monument received the full amount it requested.

The $20,000 budgeted for the Boys & Girls Clubs is approximately $5,000 less than the organization has received from the city in the past and will be used for general operating costs. The museum initially requested $50,000 to hire a director, but it revised its request after meeting with the city staff. The $10,000 will help the museum stay open later in the year. The museum usually is only open during the summer.

Mayor Sally Burbridge said she struggled with the idea of giving an organization money to hire personnel because it could set a precedent in the community. But Commissioner Katee McClure said she supported granting the funds to the museum because it could help tourism.

"Museums are interesting for people," said McClure, who volunteers to clean one of the buildings in the pioneer village at the museum.

Commissioner Sheri Rodgers voiced concern that designating where the funds could go could cause problems if other organizations come to them later in the year with funding requests. Because of her concern, the commission set a side a little more than $4,000 for future funding requests.

McClure said she thinks people will be understanding if the city is unable to fund all the requests because communities statewide are facing budget problems due to the economy.

"Even funds that you had access to before are not available in the next fiscal year," she said.