Jeff Bourgeois says the San Juan Regional Medical Center saw its peak COVID-19 patient census in the middle of May.

A new study from China reveals the unsettling news that antibodies against the novel coronavirus COVID-19 don't last very long. According to Business Insider, coronavirus antibodies dwindled to undetectable levels after just two or three months for 40% of asymptomatic people. Of the study subjects who did show symptoms, the antibodies completely disappeared for 13% of them in the same time period. Overall, asymptomatic people showed "a weaker immune response" in the months after they were exposed to the coronavirus. For those trying to develop a vaccine, a poor immune response from people who have recovered from the virus is unwelcome news. Dr. Anthony Fauci said earlier this month that immune responses to the coronavirus are inconsistent between different patients. I have examples of people who were clearly infected, who are antibody-negative. Dr. Anthony Fauci National Institute of Allergy and Infectious Diseases He added that those people likely have antibodies — just not enough for the test to detect. Other recovered patients, meanwhile, show high antibody counts. Wochit

Jeff Bourgeois says his institution has weathered the storm, but he cautions that the pandemic is not over

FARMINGTON — Even before the COVID-19 pandemic reached New Mexico in the middle of March, the normal work rhythm at the San Juan Regional Medical Center had been disrupted. Hospital officials had known the pandemic was coming for weeks, and they had responded by taking a series of steps to prepare for it.

Now, four months later, hospital CEO and President Jeff Bourgeois said that while the pandemic has yet to run its course, he feels like his institution has weathered the storm in good fashion. He attributes that to the amount of work the hospital staff did in advance.

"Our perspective is, I think we took the right steps early on," he said, citing the activation of the hospital's early response plan and the decision to change its patient flow and patient care processes to meet the challenges posed by the situation. "That allowed us to respond as well as could have."

Bourgeois said the hospital's medical leadership recognized the need to act preemptively — something not every health-care institution or public agency across the county did, he noted.

Others are reading: Free COVID-19 testing on Navajo Nation, in Kirtland and in Farmington

"That allowed us to get out ahead of others, honestly," he said.

Even so, Bourgeois noted there was no way his staff could have been prepared for every challenge the virus has presented. He said he chose to keep his focus on making sure doctors, nurses and other caregivers were kept safe with the proper personal protective equipment and seeing to it that the proper procedures were being followed.

"It was about never losing focus so (caregivers) could take care of their patients," he said. 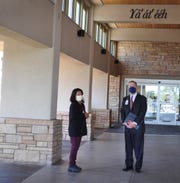 Bourgeois said perhaps the biggest surprise he and other staff members encountered was the nature of the disease itself.

"It really made an impression on us how quickly patients who were hospitalized could become critically ill," he said, explaining that transition often took place in a matter of hours.

He also was taken aback by the percentage of San Juan County residents who wound up requiring hospitalization after contracting the virus.

"We didn't know the local population would be hit so heavily," he said. "From a hospitalization perspective, that was a learning experience for us."

The pandemic at its worst

That is a comfort, but Bourgeois knows now is no time for the hospital or the community to let down its guard. 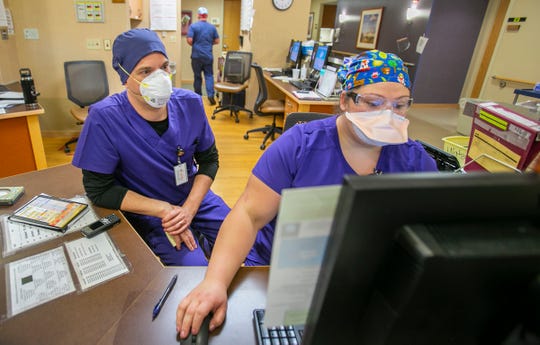 "It's not over," he said. "Even though we're past our peak, it's definitely not over."

Bourgeois said he anticipates there could be COVID-19 patients in the community "for the foreseeable future," and he said he expects many them will require hospitalization.

"We're preparing for that," he said.

Bourgeois said the atmosphere at the hospital during that peak period was intense. Though the institution was never overwhelmed, he said, it was tested.

"There were certainly times we were at our (intensive care unit) capacity," he said.

But a well-coordinated statewide response plan that allowed for patient transfers to hospitals in regions that weren't hit so hard was able to adapt to that, Bourgeois said, explaining that hard-hit areas like Gallup, Farmington and Shiprock were able to utilize that system to their advantage.

"That system works, and kudos to the leadership in our state who (created) that," he said. "Without that, it would have been very problematic for any number of hospitals."

That may be putting it mildly, he acknowledged.

"That was critical," he said of that patient transfer capability. "If every other region had been hit as hard as we were hit, it would have really stretched the state's ability to meet the inpatient demands that were required."

For all the issues the pandemic has caused the hospital and other health-care institutions across the country, Bourgeois said it has had a silver lining in the way it has promoted innovation, especially as supply lines for PPE were challenged. 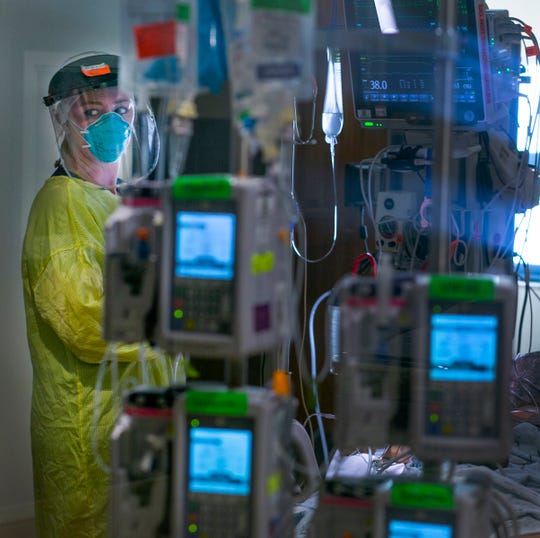 As an example, Bourgeois pointed to the isolation gowns at the hospital that formerly were used just once before being disposed of. He said the staff quickly figured out a way to wash, dry and decontaminate the gowns in house, allowing them to be used multiple times and relieving the stress on the hospital's inventory.

Not every problem was easily solved. Bourgeois said one of the most difficult things for him to watch was the way caregivers reacted to the suffering of their critically ill patients.

"This is a burden on caregivers," he said. "They're called to serve, and it is one of the most noble callings there is. To see those patients suffer so greatly and to see a mortality rate so high has been hard on caregivers. It impacts each individual differently."

Complicating that situation has been the fact that many hospital employees have lost family members to the disease, he said. There has been a lot of grieving in a short amount of time, he said, and Bourgeois said he recognizes the toll that is likely to take on people as they continue to do their job each day.

"There's been some heavy lifting for a number of them," he said.

Bourgeois said the hospital has made a number of behavioral health resources available to the staff. While he didn't know how many of his employees have felt the need to avail themselves of those services to deal with the stress of the pandemic, he said he was very impressed at the way the staff has rallied to the cause, especially workers who are being asked to perform duties that are well outside their normal work assignments. 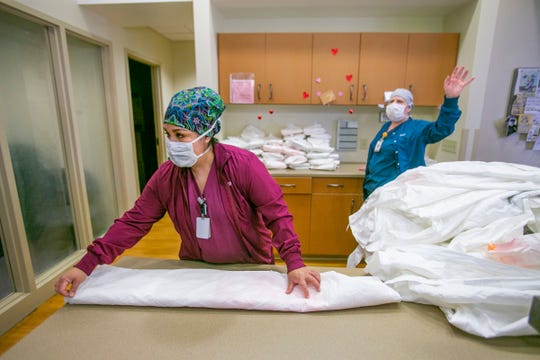 Of course, not every facet of hospital operations has gone smoothly during the pandemic. In an anonymous letter to The Daily Times, one caregiver issued a sharp complaint about "Fighting together against COVID-19" T-shirts that were given to employees in honor of National Nurses Week in early May, characterizing the gift as "unwanted and unappreciated."

The author of the letter took issue with the nature of the gift, writing that the pandemic has been "nothing short of a nightmare for all the staff working throughout the entire organization; and it is an ever worsening nightmare with no end in sight." The author claims many caregivers are experiencing "bad dreams, poor sleep, panic attacks and a myriad of other mental and physical health problems."

Bourgeois said he was distressed to hear of the letter and the reaction from its author, explaining that the hospital was not able to celebrate National Nurses Week in its usual fashion this year because of the social distancing requirements presented by the illness, as well as the increased workload. He also noted National Nurses Week coincided with the hospital's peak COVID-19 patient census.

But he said he was very concerned about the mental and physical stress the author refers to, and he said hospital leadership has made a priority recently of bringing in extra help so that workers can finally take some time off to rest and recharge.

"I'm sure the fatigue is real," he said.

Bourgeois acknowledged the challenge of dealing with the pandemic has been a learning experience for his facility, noting that it has resulted in various new procedures that are likely to become permanent, even when the pandemic is over.

"Once you go through something like this, in some ways, it's invaluable because of the lessons you've learned," he said.

If there is a second peak later this year or early next year, Bourgeois said the experience of already having been through the situation has left his staff better prepared. He hopes community members take comfort in that.

"We know how to do this much, much better today than we did three or four months ago," he said. 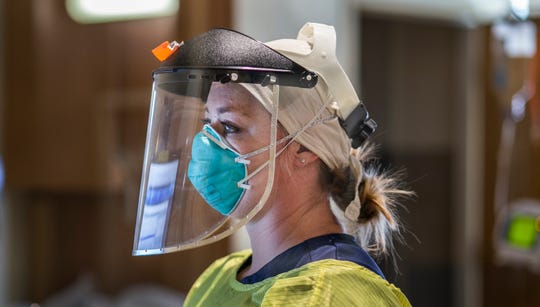