The PRC expressed concerns with the procurement process and the impacts on CCSD when it chose to defer two solar and battery projects. 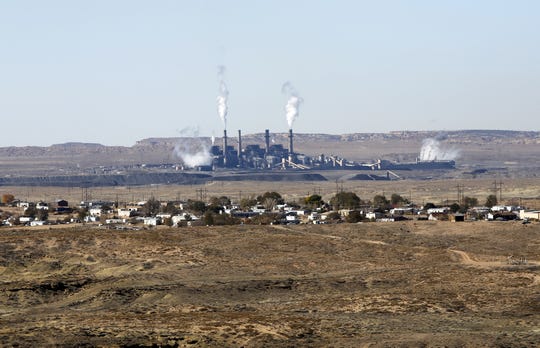 The vote came amid concerns with PNM’s procurement process and that the process may have limited the amount of replacement generation that will be located within Central Consolidated School District.

By deferring the decision, the PRC will consider the hybrid solar and battery projects at the same time that it considers the other proposed resources for replacement generation. Those other proposed projects include a natural gas plant near the current San Juan Generating Station site. 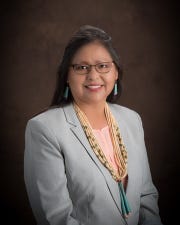 “PNM is encouraged by the Commission's focus on a comprehensive approach to determining the San Juan replacement resources as a whole,” the utility said in an emailed statement following the decision.

PNM said in the statement that it is encouraged by comments the commissioners made supporting the hearing examiners' administration of the case.

“We have always advocated that a replacement generation portfolio should be looked at as one puzzle, understanding how all the pieces fit together," the utility continued in its statement. "At the same time, we see the value of dealing with the two solar/battery projects to allow the fullest utilization of the pricing and renewable tax credits available. We will evaluate the Commission's order as soon as we see it to guide any possible next steps.”

The two solar projects — known as the Arroyo and Jicarilla projects — would have been located in McKinley County and on Jicarilla Apache land. Both projects include solar arrays and battery storage.

Both solar projects are power purchase agreements and were among the lowest cost proposals for replacing the power currently received from the coal-fired power plant.

The hearing examiners had recommended the PRC approve those two power purchase agreements for solar and battery because most of the parties in the case supported them and they were approaching an April 30 deadline for the contracts.

Following the vote, some environmental advocates saw it as a rejection of the only solar projects proposed in PNM’s replacement power application.

“It is hard to fathom a PRC that within a week of the 50th anniversary of Earth Day would choose to reject some of the cheapest solar and battery projects in the country,” said Camilla Feibelman, the director of the Rio Grande Chapter of the Sierra Club, in a press release. “It’s worse that in McKinley County, where the Escalante coal-fired power plant is closing, workers can’t count on the 500 construction jobs that the Arroyo project would create. Commissioners Espinoza, Byrd and Becenti Aguilar have failed the climate, workers and New Mexico today. We are deeply, deeply disappointed.”

The PRC has put off a decision on two proposed solar projects that would replace part of the power produced by the San Juan Generating Station, which is seen in this October 2014 file photo. (Photo: Jon Austria/The Daily Times)

However, the decision does not necessarily prevent the two solar projects from ultimately moving forward.

The April 30 deadline for the Arroyo solar project was based partially on expiring tax credits and when the project would need to be completed to take advantage of those tax credits. The developer has indicated that it would extend the deadline but that would cost approximately $500,000, according to PRC counsel Michael Smith.

The developer for the Jicarilla solar project has also agreed to extend the project deadline for approval, but has indicated delaying the approval could jeopardize the economics of the project, Smith said.

One of the concerns expressed was that the requests for proposal were sent out in 2017, prior to the passage of the Energy Transition Act. The Energy Transition Act included preference for locating resources within the Central Consolidated School District boundaries as an effort to minimize the impacts on the tax base if the San Juan Generating Station closes in 2022.

After the Energy Transition Act passed, PNM did another request for proposals. However, PNM was looking specifically for utility-owned resources at that time and did not open it up for power purchase agreements. That meant some of the developers that had proposed power purchase agreements for solar and battery projects within San Juan County were not able to revise their bids for reconsideration.

Commissioner Fischmann, who was one of the two commissioners who favored approving the solar projects, also favored having PNM issue another round of supplemental requests for proposals that would have allowed those developers to revise their bids.

“They didn’t think about our children located in the Four Corners and now we are giving them an opportunity to refresh their bids and review their contracts,” she said.

A decision requiring PNM to send out another round of requests for proposals has not yet been made.

Peter Mandelstam, chief operating officer for Enchant Energy, said the company that is working to take ownership of the San Juan Generating Station has not decided if it would respond with a proposed power purchase agreement if PNM was required to issue requests for proposals.

“Enchant Energy is respectful of the PRC process and Enchant understands that the move to delay is based on the desire to understand the entirety of the replacement resources docket at the same time,” he said. “They want to understand them and act on them all together. Enchant believes it’s premature to answer a hypothetical about whether there will be a new request for bids and Enchant is taking a wait and see approach to see what the PRC rules. But we certainly will evaluate our options once the PRC issues a recommended decision.”