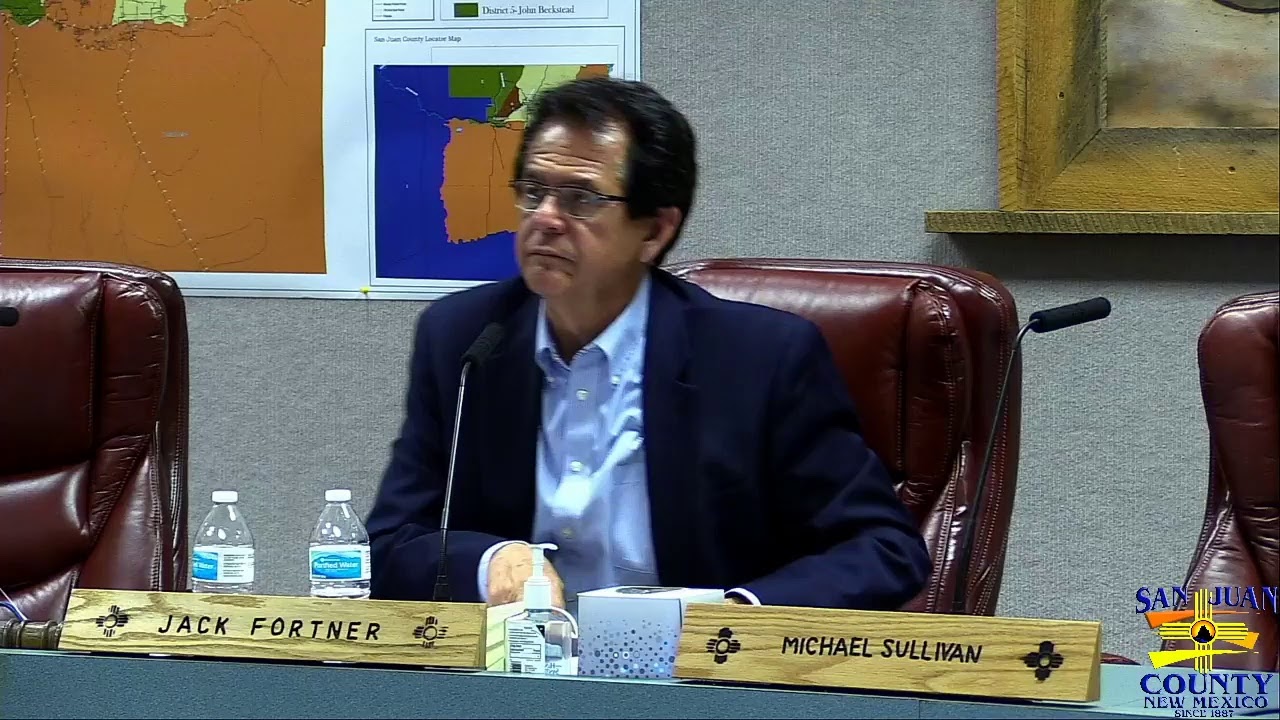 The commission met using a web-based format on April 21. Here are three of the topics discussed.

"The numbers are rising, we still have a spread going on in this Four Corners area of New Mexico," said San Juan County Emergency Manager Mike Mestas.

Mestas said a recent uptick in cases in San Juan County is in the nursing homes, and the Office of Emergency Management is monitoring that situation.

In addition, Mestas told the County Commission that his office is working with Farmington to identify a location for a temporary homeless shelter.

What to expect during the June primary elections

Voters who have registered as either a Republican, Democratic or Libertarian will receive an application for an absentee ballot in the mail for the June 2 primary election. These invitations will be sent out starting April 27.

“The health and wellness of our staff, our poll workers and the voters are going to be our top priority,” said San Juan County Clerk Tanya Shelby. “We are strongly encouraging residents of San Juan County to vote absentee in this election.”

Early voting will begin May 5 in the county clerk’s office in Aztec and will be expanded to four sites throughout the county on May 16. Those sites will be Bloomfield Multicultural Center, Farmington Museum, Shiprock Fire and Newcomb Fire Station.

Those sites will each have four poll workers, and only one voter will be allowed inside at one time.

The poll workers will be wearing masks and gloves and, potentially, safety glasses.

The county is also considering other measures to prevent the spread of the coronavirus, including sanitizing ballot pens in between uses.

Shelby said the clerk’s office is petitioning to reduce the number of voting convenience sites on Election Day from 33 to eight. A district judge will ultimately make that decision.

These changes will likely not apply to the general election in November.

Three San Juan County fire stations will be upgraded following the approval of three contracts. These upgrades include building a new fire station to replace the existing Valley Fire Station #3 in Waterflow. There will also be upgrades at a fire station in La Plata and one in the Sullivan Road area.

These upgrades are being paid for using state grant funding.