Farmington Chamber of Commerce CEO and President Jamie Church is hoping for more responses to the second survey.

Deadline to respond is April 28

FARMINGTON — The second installment of a Farmington Chamber of Commerce survey designed to determine how the COVID-19 shutdown has impacted local businesses was released April 15, and merchants have nearly two weeks to respond.

The 13-question survey is nearly twice the length of the original survey. It features a handful of the same questions posed in the first survey, but it also seeks information about whether and how business owners have been able to take advantage of the federal stimulus package, known as the CARES Act.

Chamber President and CEO Jamie Church said 164 responses were received for the first survey, and she is hoping for more this time.

"We have a little more interest from entities that we work with who are sharing the survey, too," she said. "I think responses will be higher this time." 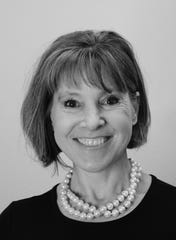 The deadline for responding to the survey, which was included in the chamber's email blast this week and which is featured on the chamber website at gofarmington.com, is April 28. Church encouraged merchants to make their voices heard.

"This is meant for any business owner who wants to respond," she said. "It doesn't matter if they're a chamber member or not. We just want to hear from all business owners."

The feedback from the initial survey, which was conducted in middle and late March, demonstrated the severe impact the pandemic had on the business community in its early stages, with nearly one-fourth of respondents indicating that already had or were planning to close their doors. Church said she is bracing herself for even worse numbers in this survey.

"The middle of March was before the governor extended the stay-at-home order or the shelter-in-place order," she said. "I have spoken to several business owners since then who have had to lay off or furlough employees or close their doors."

After opening with a question about what type of business a merchant operates, the second survey seeks information about how much of a decline in business the merchant has seen and what percentage of its work force has been laid off. Church wanted to include those questions again so she would have an apples-to-apples comparison about how the situation has changed over the past few weeks. 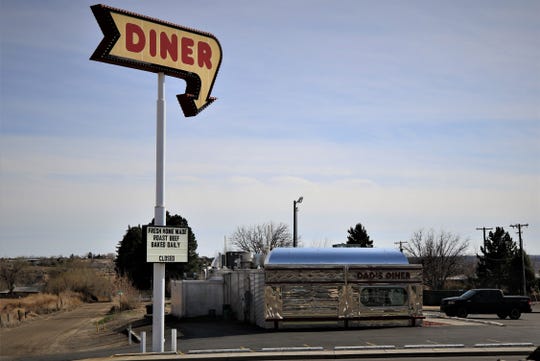 A new survey by the Farmington Chamber of Commerce seeks feedback from merchants about how they have been impacted by the COVID-19 shutdown. (Photo: Daily Times file photo)

The survey then introduces several new queries, such as whether the merchant anticipates being able to reopen when the social distancing restrictions are lifted, if the business has been able to continue serving customers through curbside delivery or online orders, whether the business has been able to access any funding through the federal Small Business Administration and whether funding from the CARES Act will allow the merchant to stay in business.

The survey also asks merchants how soon they anticipate being able to rehire a majority of their employees once the restrictions are lifted. Church is especially interested in responses to that question, explaining that restarting the economy will not be like flipping a switch.

"What are the (answers) we need to know as these businesses gear up?" she asked rhetorically, referring to what the situation will be like when all businesses can reopen. "There's going to be a ramp-up. It won't be like on a Friday we get the all-clear, and Monday, everybody's restocked and read to go."

Church said she has been encouraging chamber members to supply anecdotal material in the survey about what their experience has been like during the shutdown, especially those who have adapted their sales approach or even their products or services in response to local needs.

Initially, Church said she was fielding a lot of questions from business owners about how long the restrictions would last. She said those have all but dried up as the reality of the situation has become clear.

"Everybody realizes the virus is in control of the timeline," she said.

Church said the chamber's latest email newsletter also included information about Mayor Nate Duckett's decision to declare an economic emergency in Farmington because of the restrictions the governor has ordered. Duckett has asked the governor to allow businesses to reopen immediately with a 20 percent occupancy rate.

Church declined to offer a reaction to Duckett's request, but she said local officials and business leaders remain focused on protecting the health and safety of residents above all other concerns.

"They mayor's doing a great job of advocating for our business community and our community in general," she said.