A consultant hired to look into senior programs in San Juan County has several recommendations for improving service. 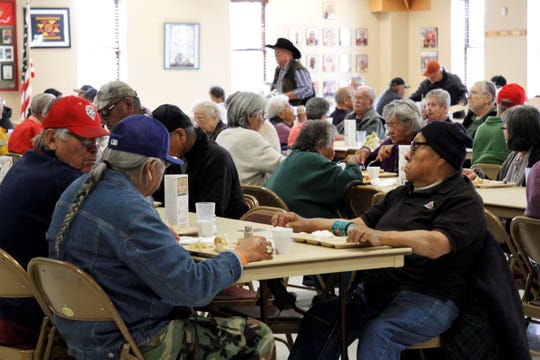 AZTEC — It’s no secret that all the senior centers in San Juan County have struggled with funding in the past. Sometimes, reimbursements for expenses have come months late, and facilities like the Bonnie Dallas Senior Center in Farmington and the Aztec Senior Center rely on extra funding from their city governments to provide meals that should be funded by federal programs.

Consultant Jeff Kiely, who has been hired by several local government entities to evaluate their senior services, said the senior centers are trying to operate in a complex world. Kiely said the general consensus is that the system is broken.

In February, the umbrella nonprofit agency Northwest New Mexico Seniors, Inc., which acted as a fiscal agent for the senior centers, decided it would not apply for the federal funding to run the senior nutrition programs. Farmington stepped up to apply for those funds on behalf of the five senior centers located outside of the Navajo Nation in San Juan County.

But even before Northwest New Mexico Seniors stepped out of its role in the senior nutrition program, San Juan County and the three cities had hired Kiely to evaluate the senior programs. He offered several suggestions when he presented the results to the San Juan County Commission on April 7. Kiely's recommendations only applied to the senior centers located off the reservation.

Kiely said there are a lot of layers of regulation for the senior programs, including federal, state and the Non-Metro Area Agency on Aging — which administers senior services for most of New Mexico outside of Albuquerque and Bernalillo County. 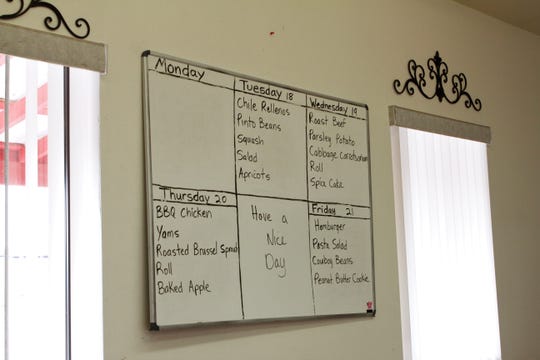 The weekly menu is displayed on a white board on the wall, Wednesday, Feb. 19, 2020, at Blanco Senior Center. (Photo: Hannah Grover/The Daily Times)

He said many senior center directors keep both digital and paper copies of records and that the system seems to work mainly on paper copies. He said the system relies on faxing.

However, Kiely said the good news is the state department of aging and long-term service is looking at reforms and made some progress on that front during the past legislative session. That progress includes securing appropriations, as well as convincing lawmakers to allow a one-eighth allocation to be sent to the providers upfront rather than waiting for reimbursements, he said.

"In the long term, this is going to need to take a lot of serious attention about how do our senior citizens get taken care of in our communities because the resources have been very, very tight," Kiely said.

Kiely recommended that the county and the three cities that hired him — Aztec, Bloomfield and Farmington — develop a clear and detailed strategic plan.

In addition, he said the county needs to really focus on the state system.

He also said there needs to be increased communication between the senior centers as well as between the four entities — San Juan County, Aztec, Farmington and Bloomfield.

Additionally, Kiely recommended having floating staff that could move from one senior center to another to fill in when needed.

Another recommendation Kiely offered was to increase digitization at the senior center. He explained that that means increasing the amount of work that is done on computer instead of paper. For example, he said they could do electronic signatures and authorization.

Digitization could also help the seniors, Kiely said. In Gallup, for example, he said people entering the senior center can scan a tag and sign in. Then, using the computer, they can let the senior center know what services they want to use, including arts classes and meals.

"You don't need to go and duplicate more and more paper to get it done. It goes automatically into the system," he said. 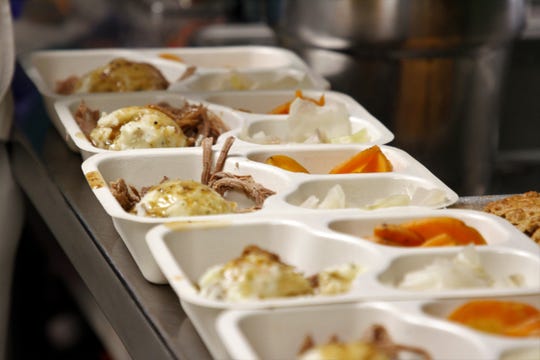