A controversy over a sign placed on the door of a Kirtland restaurant has gone viral on social media.

Steve Jackson says meaning of sign has been misinterpreted 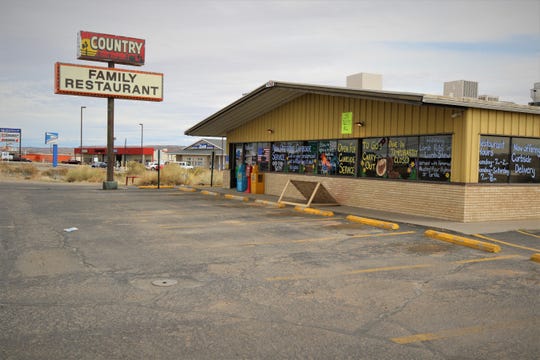 The Country Family Restaurant in Kirtland has become the center of a social media controversy after the eatery's owner posted a sign in the door that some local residents have described as bigoted. (Photo: Mike Easterling/The Daily Times)

FARMINGTON — A social media firestorm has erupted over a sign posted on the door of a Kirtland restaurant that some residents have characterized as offensive.

But the eatery's owner, Steve Jackson, claims the sign has been misinterpreted, and he recently altered it to better reflect his intent.

Jackson said he posted the sign on the glass door of his restaurant, the Country Family Restaurant, 4205 U.S. Highway 64 in Kirtland, on March 20, the day he closed the business because of the coronavirus pandemic. The sign stated, "CLOSED you can thank CHINA!!!"

Jackson said he forgot about the sign until a couple of days ago. But on the morning of March 24, the Navajo Post newspaper published a short story about the sign and a photo based on a critical post on the Facebook page of former Navajo Nation Attorney General Harrison Tsosie. That ignited a controversy that seemingly has only grown stronger each day since then.

"Holy cow," Jackson said, describing his reaction when it became clear the sign had stirred up a hornet's nest.

The restaurant owner said he had shut down the eatery completely after trying for several days to serve take-out orders.

But Jackson said it quickly became apparent that system was not feasible for a restaurant like his.

So Jackson reluctantly ceased operations and locked the doors. He put up a sign on the door that reflected his frustration at having to close a restaurant that has been a family-owned operation for 30 years, employing 30 people.

"I stuck up that little-bitty sign that explained my thoughts about the communist Chinese government and the way they treat their people," he said. "It was just a little-bitty sign, and I didn't think anything of it."

Jackson didn't realize it, but the sign set off a furor among some people who saw it, including Tsosie, who responded with a scathing Facebook post.

"Unacceptable!" he wrote, targeting his post at the restaurant. "Owners need to fess up to the sign. Did they put it up or someone else, otherwise I will never eat there again. Additionally, Navajo people make up most of their business, and Navajos should not be supporting bigots."

A revised sign posted in the door of the Country Family Restaurant in Kirtland criticizes the Chinese government for its response to the coronavirus pandemic. (Photo: Mike Easterling/The Daily Times)

In a subsequent post, Tsosie added, "This business remains in business due to its Navajo clientele. It makes one wonder of their attitude toward the clientele … the mostly Navajo workers. Business is a risk … never a guarantee you will succeed. Its juvenile to place blame for the decline in business on an entire nation of people whom you've never met."

That post was published in the online version of the Navajo Post, quickly leading other residents of the area to weigh in on the controversy. The story has gone viral since then on social media platforms, making Jackson the center of a good deal of attention he said he never wanted.

The Daily Times was unable to reach Tsosie for comment, but Jackson vehemently denied he is a bigot and said people have misunderstood what he was trying to say. He said the sign was targeted at the Chinese government, which he claims failed to alert other nations about the development of the illness in a timely fashion and didn't ask for help quickly enough to contain it, putting its own citizens – and those of other nations  at risk.

"We have no reason to apologize for anything," he said. "If you're a communist sympathizer, I can't help you. But none of these people (who have complained about the sign) ever contacted me and asked me what I think."

Jackson said after the controversy flared up, he took down the sign and replaced it with another one that states, "CLOSED you can thank the CHINESE GOVERNMENT (Look it up)." He said he hopes that makes his original intent clear and defuses the controversy.

He emphasized he does not buy into conspiracy theories that the Chinese government created the virus.

Jackson said he wishes he had worded the first sign in a different fashion because people who don't know him might have misunderstood its meaning.

But Peter Deswood, a Farmington Municipal School District principal, podcast host and small business owner, said much of Jackson's explanation misses the point. Deswood issued a post on his personal Facebook page and that of his podcast 21st, Century Native American Leaders, criticizing the sign. 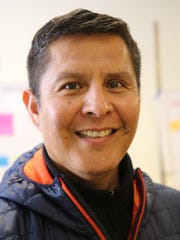 "This is absolutely unacceptable. Call them and tell them this is wrong," Deswood wrote adding the restaurant's phone number at the end of his post.

Deswood said he has since deleted the post from both Facebook pages because the individual who shared the photo with him had been receiving threats and he didn't want to put the person's well-being in jeopardy.

He said Jackson's sign was offensive even if he didn't mean it to be.

"These are microaggressions that happen to minority people, and it's not right," he said. "I've seen that kind of behavior in this area. And if a significant amount of your customers are minority people, you can't talk like that."

Deswood pointed to the abuse that many people of Asian backgrounds are experiencing in light of the spread of the virus and said, as a Navajo, he sympathizes with them.

Others are reading: Here are the latest coronavirus updates from San Juan County, Four Corners region

"Navajo people have been on the same side as China," he said. "I grew up with people saying, 'You Navajos are all drunks, you're all gut eaters, you're all on welfare.' To me, it's not right to put people down like that and put other people down because our president said so."

Sentiments like those expressed by Jackson help create a sense of xenophobia, Deswood said.

"You're creating a dislike for Asian people," he said. "It's all over social media."

Jackson countered by saying 28 of his 30 employees are Navajo and his own family is racially mixed. He said Deswood's decision to post the restaurant's phone number on his post and encourage readers to call it has led some people to call the business and harass his employees, who have been performing maintenance work at the eatery.

He said he is eager to convey his side of the story to anyone who will listen. He said he fielded a call earlier this week from a Phoenix man who had heard about the sign and was calling to voice his displeasure.

"After I explained my position and the way (the Chinese government) treated the Chinese people, he apologized and said he should have gotten his facts before he called. He was just jumping on the bandwagon, he said," Jackson said.

The restaurant owner claimed he reached out to both Tsosie and Deswood via their Facebook accounts to explain his side of the story, but he said neither man responded and that his posts on their pages were blocked.

Deswood denied Jackson had reached out to him and said he would welcome the chance to discuss the situation with him.

"I don't block people," he said. "I keep my comments open. I hear both sides of issues."

He also said he never called for a boycott of the restaurant in his Facebook post, as Jackson has charged. Though the post has been deleted from his site, Deswood supplied The Daily Times with a copy of the post that supports his version. 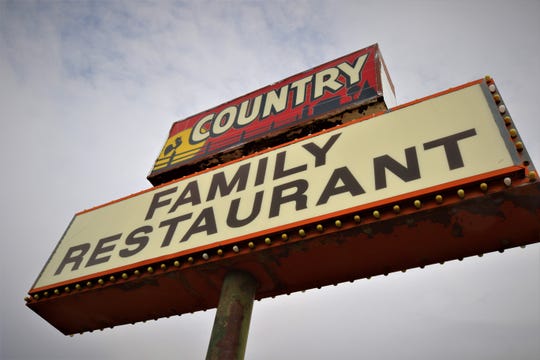 With his restaurant closed, Jackson said he has no idea how the controversy will affect his business when he reopens. He said those calling for a boycott of the restaurant should understand they are hurting his many Navajo employees, who are going without a paycheck now.

"Now is not the time to be pointing fingers and calling people bigots," he said. "If they're communist sympathizers, then I could understand them disagreeing with me. I don't understand where they're coming up with racism and bigotry unless it's to cause more hate and discontent."

But Deswood said Jackson needs to understand that even though his freedom of speech is assured, there is nevertheless a price to be paid for expressing your thoughts in some instances.

"I'm a small business owner, as well," he said. "And if I had said something like that, my business would suffer. I do taxes, and my Navajo clients would not like that. They would boycott me."

FacebookTwitterGoogle+LinkedIn
Is it coronavirus or COVID-19? Understanding the vocabulary of a pandemic
Fullscreen 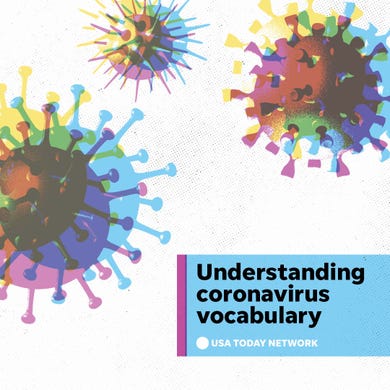 Is it coronavirus or COVID-19? Should I quarantine or isolate? What do all these coronavirus terms mean? Here's a guide to help you make sense of the vocabulary. USA TODAY Network
Fullscreen 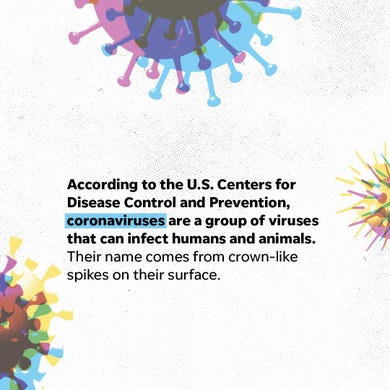 According to the U.S. Centers for Disease Control and Prevention, coronaviruses are a group of viruses that can infect humans and animals. USA TODAY Network
Fullscreen 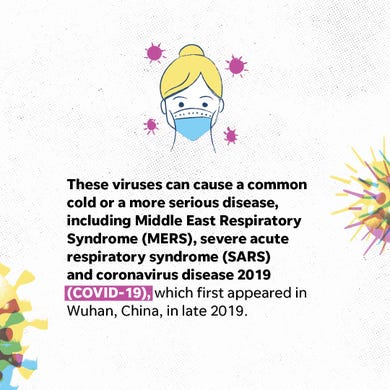 Coronaviruses can cause a common cold or a more serious disease, including COVID-19. USA TODAY Network
Fullscreen

COVID-19 symptoms usually occur within 2 to 14 days of exposure and include fever, cough and shortness of breath. USA TODAY Network
Fullscreen

An epidemic is the rapid spread of an illness affecting a defined region or population. USA TODAY Network
Fullscreen 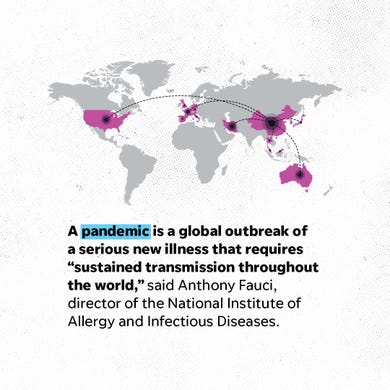 A pandemic is a global outbreak of a serious new illness that requires “sustained transmission throughout the world." USA TODAY Network
Fullscreen 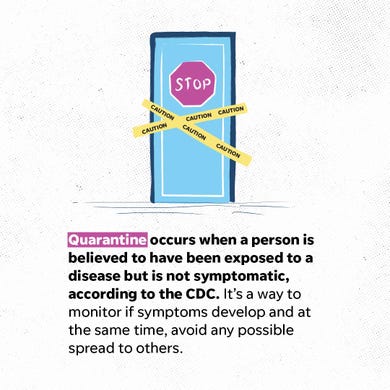 Quarantine occurs when a person is believed to have been exposed to a disease but is not symptomatic, according to the CDC. USA TODAY Network
Fullscreen 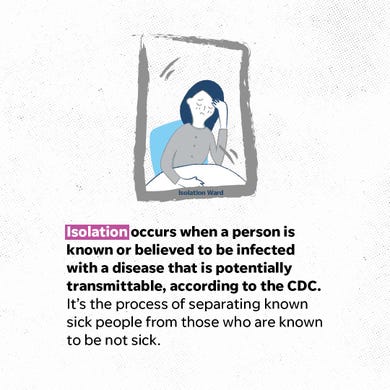 Isolation occurs when a person is known or believed to be infected with a disease that is potentially transmittable, according to the CDC. USA TODAY Network
Fullscreen 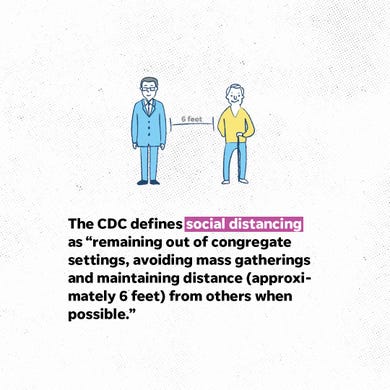