The musical comedy "Disaster!" opens this week at the Farmington Civic Center. Wochit

FARMINGTON — If you're a fan of catastrophes, the Four Corners Musical Theatre Company production of "Disaster! A 70s Disaster Movie Musical" opening this week at the Farmington Civic Center has everything you could ever want.

As its title implies, the musical spoof of such 1970s films as "The Poseidon Adventure," "Earthquake," "The Towering Inferno" and "Airport" manages to fold in a long list of calamities — tidal waves, earthquakes, shark attacks, raging fires, a volcano, even a plague of rats and snakes. But that list contains one notable exception.

"There is no tornado," director Randy West said.

Presumably, playwrights Seth Rudetsky and Jack Plotnick decided to keep that tragic event in their hip pocket for the inevitable sequel. 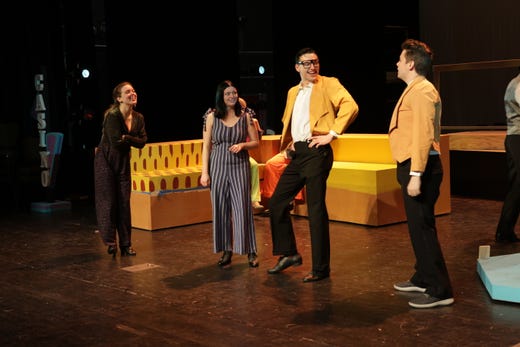 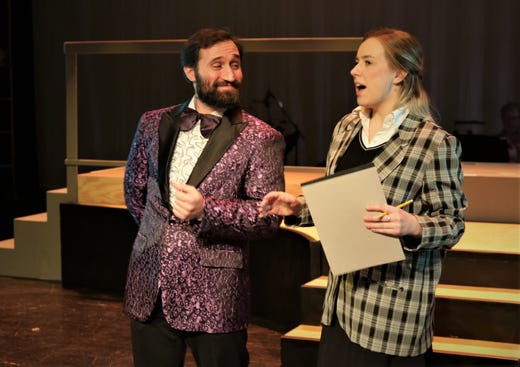 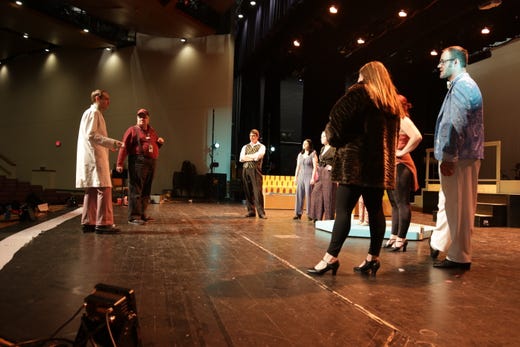 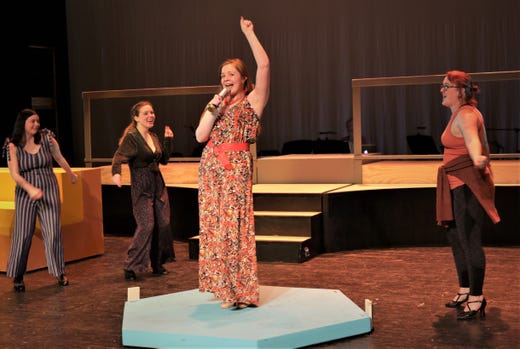 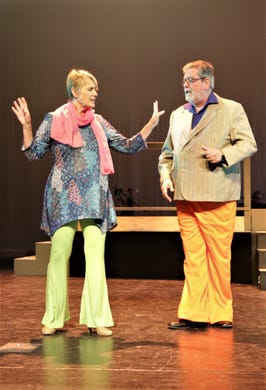 Margaret Clair and Ben Tyler are featured in a scene from "Disaster!," which opens Feb. 20 at the Farmington Civic Center. Mike Easterling/The Daily Times
Fullscreen 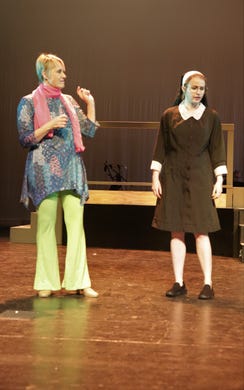 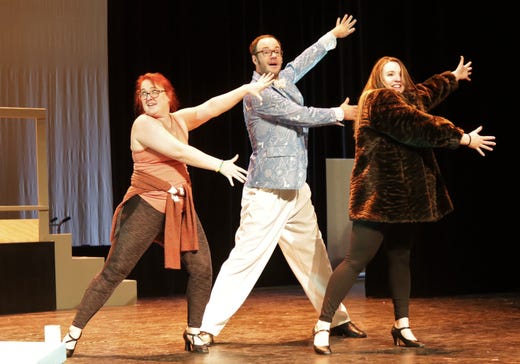 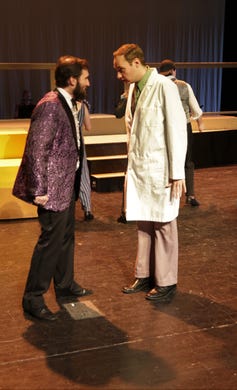 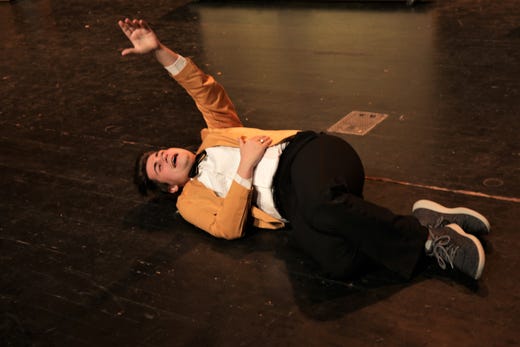 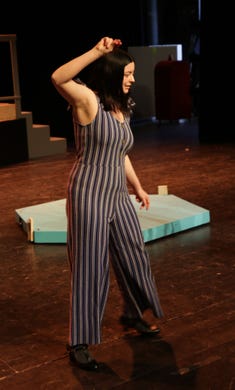 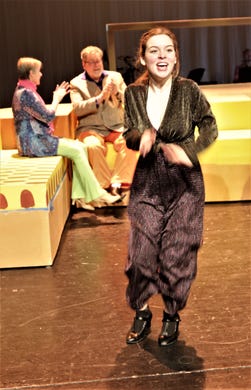 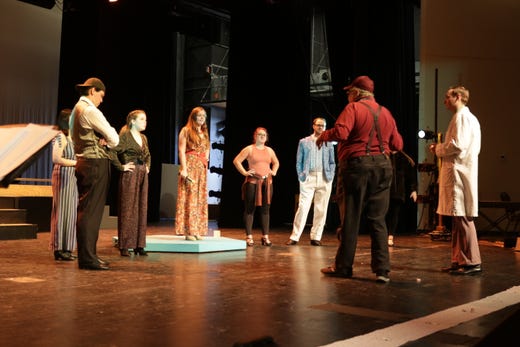 The cast and crew of the Four Corners Musical Theatre Company production of "Disaster!" gather onstage during a break in a Feb. 14, 2020, rehearsal at the Farmington Civic Center. Mike Easterling/The Daily Times
Fullscreen 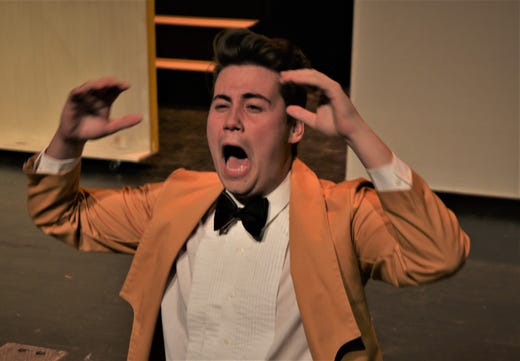 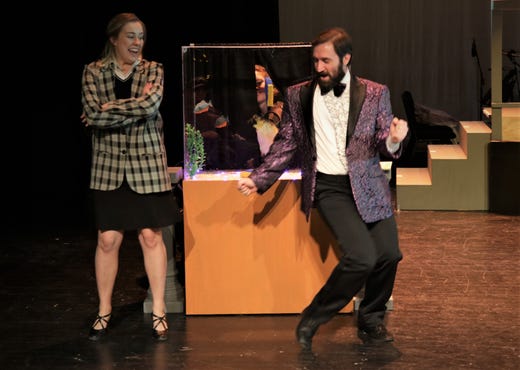 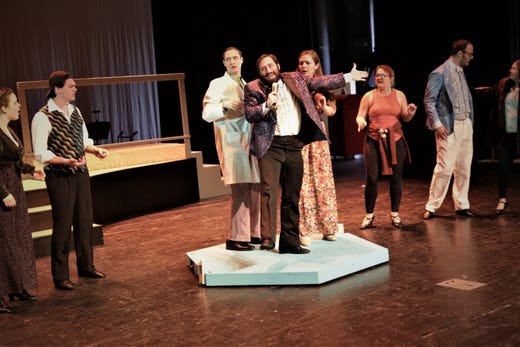 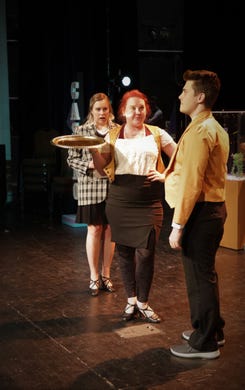 Even so, "Disaster!" encompasses a dizzying number of pop culture reference points from that decade of a half-century ago. The play not only satirizes the plots of those genre films, it borrows heavily from their clichéd characters. There's the sleazy, cut-every-corner-imaginable floating casino owner, Tony (played by Matt Aaron); the investigative reporter determined to bust him, Marianne (Natalie Szczerba); the lovestruck waiter, Chad (Nick Drivas); the gambling-addicted nun, Sister Mary Downey (Michaela Moore); and the disaster expert who pleads in vain for someone to take his concerns seriously, Ted (Mitch Aiello). 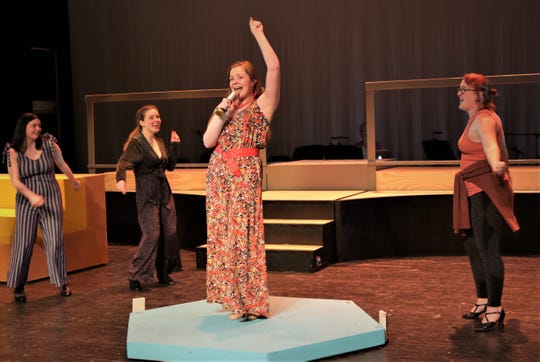 There are also more than three dozen pop songs from the era, including such hits as "Hot Stuff," "I Will Survive," "Knock Three Times," "I Am Woman," "Knock on Wood," the theme from "Hawaii Five-O," "Baby Hold On" and "Three Times a Lady."

West said one of the more appealing elements of the show is the fact that it's not a typical "jukebox musical" — one that only loosely wraps a new story around a series of well-known but popular older songs. Rudetsky and Plotnick went to the trouble of planning their dialogue and action with the tunes in mind, he said. 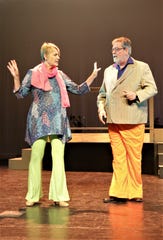 Margaret Clair and Ben Tyler are featured in a scene from "Disaster!," which opens Feb. 20 at the Farmington Civic Center. (Photo: Mike Easterling/The Daily Times)

"They actually worked diligently to work the plot around the songs," West said. "It's very clever in the way they used the songs. It's funny, and, yet, it has a heart to it. It has a resolution that's kind of sweet."

"Disaster!" was first performed off Broadway in 2013 and made its Broadway debut in 2015. But the show continues to evolve, and West said this production will feature a new ending piece that Rudetsky recently wrote, meaning this will be the first time "Disaster!" has been performed with this ending.

This will be the second production of the Four Corners Musical Theatre Company, the troupe that West — who serves as the Civic Center supervisor — launched last fall with a production of "The Musical of Musicals (The Musical!)" at his newly renovated venue.

He said he chose "Musical of Musicals" for the debut because it featured a relatively small cast and he had worked with many of the actors previously, thus providing a relatively risk-free shakedown cruise for the new company. West noted the degree of difficulty is more pronounced in mounting a production of "Disaster!" It features a much larger cast of 17 actors, and its sets, music, costumes and technical elements are all much more ambitious. 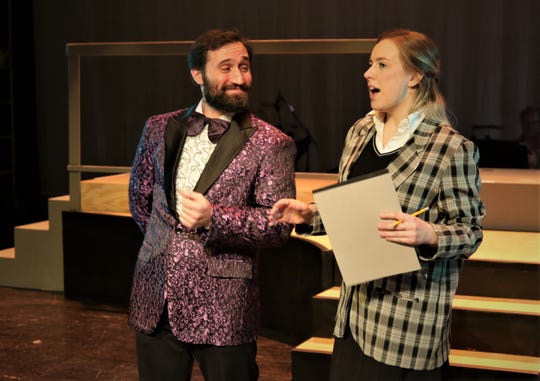 Over the past several months, West said, he has gotten much better acquainted with other local actors, as well as lighting and sound technicians, and musicians. "Disaster!" also will feature a live, eight-piece band rather than recorded music.

"I built a core company of professionals in 'Musical of Musicals,'" he said. "This expands that talent by quite a bit." 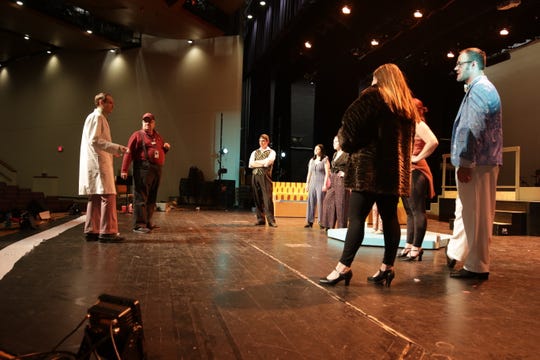 The cast features a number of local and Durango, Colorado, actors in addition to those who perform nationally. It is highlighted by the presence of Ben Tyler, a Phoenix actor whose association with West goes back approximately 35 years.

Tyler is a member of the Actors' Equity Association, the labor union for professional actors and stage managers in America. The professional actors in the production are having the cost of their presence and their travel covered by the Mains Foundation for the Performing Arts, which aims to underwrite some of the talent costs for Civic Center productions to reduce ticket prices. 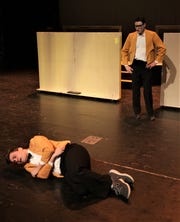 Tyler acknowledged the melodramatic and cheesy nature of the 1970s films that this production is based on. But he still finds something worthwhile in those stories that "Disaster!" puts to good use — a message about how people of vastly different personalities can rally around each other.

"When the poop hits the fan, it draws all these people together in common cause (for) survival," he said.

That serious tone is balanced by the production's upbeat music. Many of the actors in "Disaster!" were born decades after those tunes resided at the top of the charts, but that doesn't mean the songs were unknown to them.

"My mom played all this music for me when I was growing up," said Kim Camacho, who portrays the lounge singer Jackie.

Michaela Moore, who plays Sister Mary Downey, said that preference for music of a different era is common for young actors who grew up in a theater environment. 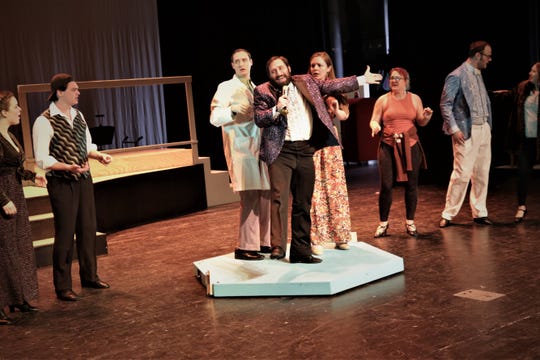