Capital outlay requests have been submitted to the legislature and local legislators have introduced a bill that would fund a railroad study. 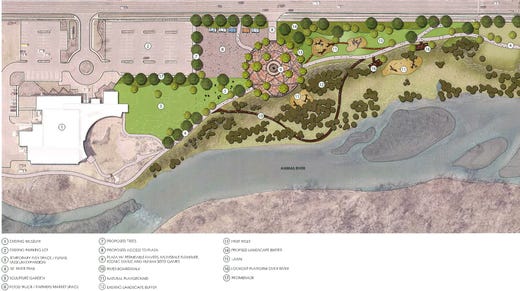 This rendering shows details of "Concept 1" of the proposed Animas River Trail 'Iconic Park.' The City of Farmington is planning to build a park at the Farmington Museum at Gateway Park that could include boardwalks along the river, play structures for children and a plaza where vendors could set up booths for the Farmington Growers Market, or where food trucks could park. This gallery features three concepts the city has presented to the public. SITES Southwest
Fullscreen 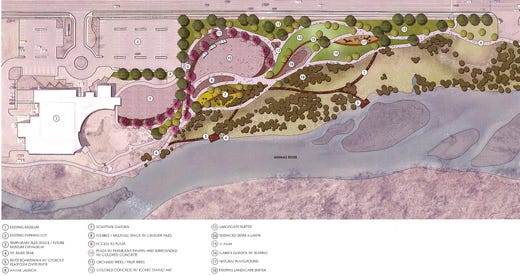 This is a view of the Animas River Trail 'Iconic Park' Concept 2 proposed for construction next to the Farmignton Museum. SITES Southwest
Fullscreen 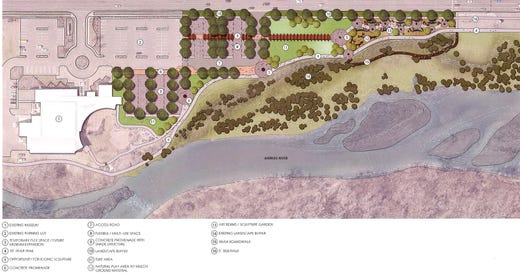 This is a rendering of the Animas River Trail 'Iconic Park' Concept 3, a project that is being considered for land next to the Farmington Museum. SITES Southwest
Fullscreen

FARMINGTON — A railroad from Farmington to Gallup could provide new economic opportunities for San Juan, McKinley and Cibola counties as well as Navajo Nation and the entire Four Corners region, according to a fiscal impact report for a proposed study.

A bipartisan coalition of four members of the state House of Representatives and one state senator has sponsored a bill that would provide the New Mexico Economic Development Department with $500,000 to study the cost and potential economic benefit of building a railroad, which would start near Navajo Agricultural Products Industry south of Farmington and connect with the intercontinental railroad in the Gallup area.

The bill received a unanimous do pass recommendation from its first committee — the House Commerce and Economic Development Committee — on Jan. 31.

Local governments and school districts throughout the state had to submit their requests for capital outlay funds by Feb. 2. San Juan County entities have sought millions of dollars in funding for a total of 48 projects.

With those requests in, the legislators will choose which ones they want to fund with a limited pot of money. The boom in the Permian Basin has provided the state with more funding for these capital outlay projects than just a couple of years ago. But many of the requests will likely go unfunded.

Some of these projects are based on needs identified years ago, like Bloomfield’s request for $1.5 million for its water reclamation facility and for another $2.5 million for the East Blanco Boulevard bridge replacement project.

Other requests reflect the recent push to develop outdoor recreation assets and transform the community. These include $995,000 for developing recreational amenities along the Animas River from Riverside Park to the Townsend Wildlife Nature Refuge and $2.6 million to construct an all-abilities park in Farmington.

The City of Farmington has also requested $3 million for Farmington’s Gateway Park project, known as the iconic park.

Other requests build on the success of previous efforts. The City of Aztec has used capital outlay funding to construct its East Aztec Arterial Route. This route is intended to redirect heavy truck traffic away from downtown and allow Aztec to take ownership of Main Avenue from the New Mexico Department of Transportation.

With funding in place for the final section of the route, Aztec has requested $4 million to renovate its downtown. The plans for Main Avenue are similar to the current Complete Streets project underway in Farmington. Like Farmington, Aztec hopes to reduce the number of lanes to create a more pedestrian and bike-friendly environment.

Another request that builds on previous successful capital outlay requests is San Juan County’s request for $500,000 for its planned film studio. Last year the county received $1 million for the project.

Most dollars requested for a San Juan County project: The City of Aztec has requested about $6.34 million in funding to acquire easements and to plan, design, construct and improve the water system as well as a water transmission line.

Most dollars requested for a project in the state:  The largest single request is $25 million to construct a relief route from U.S. Highway 285 across the Pecos River to U.S. Highway 62/180 near Carlsbad in Eddy County. 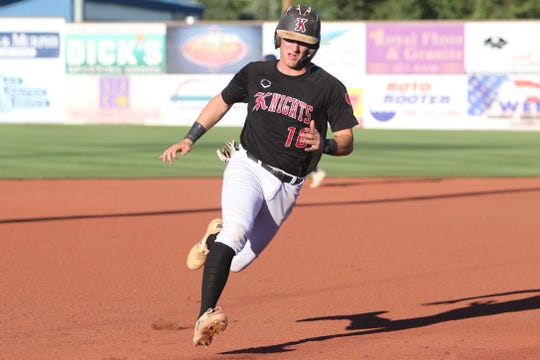 The last day to file legislation was Feb. 5 and Sen. Steve Neville, R-Farmington, filed a bill that outlines the way New Mexico Public Regulation Commissioners could be appointed if a constitutional amendment passes in November. 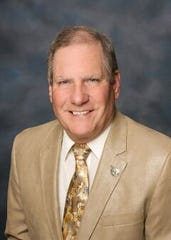 The bill, which would require ratification by voters as a constitutional amendment, would set up a nominating committee of seven members knowledgeable about public utility regulation who are not employed by a public utility. Four of the members would be appointed by elected officials including the speaker of the House of Representatives, the minority leader of the House of Representatives, the majority floor leader of the Senate and the minority floor leader of the Senate. The remaining three would be appointed by the presidents of the University of New Mexico, New Mexico State University and New Mexico Institute of Mining and Technology.

This committee will send nominee's names to the governor, who will appoint them to serve as Public Regulation Commissioners.

The bill would become effective only if voters choose to amend the state constitution.