Farmington native Chevel Shepherd had a busy year in 2019 and has an even busier year planned in 2020.

Young singer will graduate from Farmington High School in May 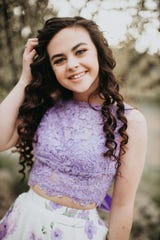 FARMINGTON — It's been more than a year since the life of Farmington native Chevel Shepherd changed irrevocably with her winning performance on the 15th season of NBC-TV's "The Voice."

In that time, the 17-year-old Farmington High School senior has finished recording her debut release, shot her first film and performed all over the country. But her biggest thrill came from meeting a country music legend.

But nothing compared with meeting the so-called First Lady of Country Music herself, Shepherd said, explaining that the experience was so overwhelming she couldn't maintain her composure.

"I cried the whole time," she said Jan. 24 in a phone interview during a rare visit to her hometown.

'This is my new normal'

Their exchange was a brief one. But Lynn brought up Shepherd's performance of Lynn's 1971 hit "You're Lookin' at Country" on "The Voice" in 2018. Lynn said she couldn't sing the tune as well as Shepherd can anymore, but she encouraged the Farmington teenager to perform a more countrified version of the song. 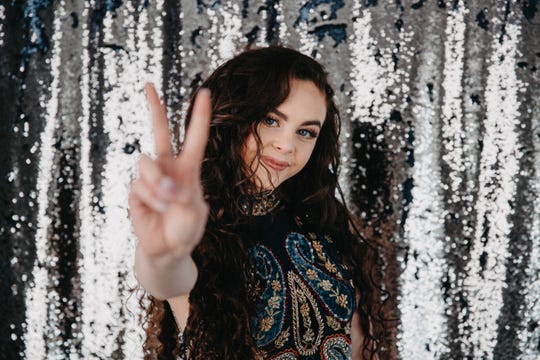 Farmington's Chevel Shepherd finished recording her first disc in November in Nashville with a release planned for later this year. (Photo: Courtesy photo)

Memorable experiences like that have become commonplace over the last year for Shepherd.

"This is my new normal," she said, explaining that she doesn't attend classes at Farmington High School anymore and that she spent more than half her time in 2019 away from her Farmington home. "I don't do a lot anymore except singing or performing. But that's what I like to do."

Recording with the pros

Shepherd's schedule is likely to become even more hectic this year. She recorded the tracks for her debut recording at Nashville's Starstruck Studios and Backstage Studios over the course of two four-day visits in October and November, working with a band of Music City session pros that included Sheryl Crow drummer Fred Eltringham and guitarist Tom Bukovac, who has worked with the likes of Stevie Nicks, Bob Seger, Vince Gill, Don Henley, Carrie Underwood, Willie Nelson, Faith Hill, Blake Shelton and LeAnn Rimes.

Helming the project was producer Todd Tidwell, who was introduced to Shepherd by Kelly Clarkson, who served as Shepherd's coach on "The Voice" and who has since taken on the role of mentor to the young singer. Tidwell served as the engineer on several of Clarkson's albums, and his credits extend to discs by Dolly Parton, Reba McEntire, Alabama, Sara Evans and Toby Keith. 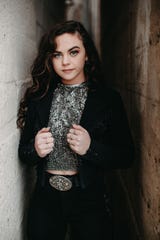 Chevel Shepherd performed all over the country in 2019, but she says the highlight of her year was getting to meet country music legend Loretta Lynn in April in Nashville. (Photo: Courtesy photo)

"He's fun. He's so down to earth, and he makes the studio feel like home," Shepherd said. "He's a very easygoing guy. … I'm proud to call him a friend."

Officially, the project will include seven songs, although Shepherd said a bonus track will be featured on the CD version -- her recording of the song "Be Cowboy" that she performed with Eddie Montgomery at the Professional Bull Riders World Finals in Las Vegas, Nevada, in November.

She said the disc will feature a largely classic country sound, although it also will mix in rock influences. Shepherd compared it to the work of Tanya Tucker, another country music legend she met at Lynn's birthday bash in April.

The songs were written by the likes of Kellys Collins, whose material has been recorded by Reba McEntire, and Kacey Musgraves. Shepherd performed the latter's "Space Cowboy" in 2018 during her title-winning run on "The Voice."

Shepherd said she loved the time she spent in the studio. 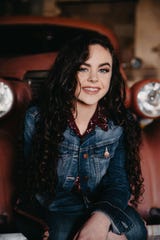 Chevel Shepherd has a starring role in a new film based on the 1975 Michael Martin Murphey song "Wildfire." (Photo: Courtesy photo)

The new release is due out at some point this year, although Shepherd said no specific date has been targeted.

Shepherd did not play guitar on the project or write any of the songs, but she said she is making a priority of doing both in the future. She has been teaching herself to play and has acquired several guitars, her favorite of which is a Fender acoustic. She said she plans to begin playing rhythm guitar during her live performances later this year and hopes to begin "dabbling" in the writing process as time allows.

Shepherd also spent several weeks in 2019 shooting a film in Tahlequah, Oklahoma, a cinematic version of singer-songwriter Michael Martin Murphey's 1975 hit "Wildfire." Shepherd is featured in the lead role about a 14-year-old girl who learns to deal with the death of her father by befriending a wild horse. Murphey himself appears in the film, which also stars Anne Heche, best known for her roles in "Donnie Brasco," "Six Days, Seven Nights" and the 1998 Gun Van Sant remake of the thriller "Psycho."

Shepherd said some scenes for the film still need to be shot, and she said she didn't know when it would be released. But she said she enjoyed the experience very much and noted she performs several songs in the film.

On the road again

The new year also will see Shepherd ramp up her performance schedule. She said she is adjusting to life on a tour bus — which is being driven by her father — and said she enjoys the experience of traveling with her six-piece band, which is made up of Colorado musicians. 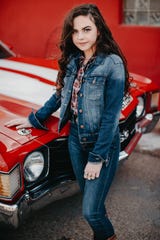 Chevel Shepherd says she will graduate with her Farmington High School class in May, then turn her full attention to her music career. (Photo: Courtesy photo)

Shepherd is due to turn 18 in June, and on June 19, one day after her birthday, she will celebrate with a hometown performance at the Farmington Civic Center. That will serve as her first major show in Farmington since she performed a concert in January 2019 shortly after her victory on "The Voice."

But all that hasn't prevented Shepherd from finishing her studies. She said she has been taking online classes from Farmington High School and will graduate with her class in May. The experience of participating in her graduation ceremony is something that is very important to her, she said.

After that, she'll be able to focus exclusively on her music career, as she has no plans to go to college. For the time being, she said, Farmington will remain her home, although she said she has no idea where the future will lead.

"I've got a lot of exciting things coming up I can't really talk about yet, but this year's going to be a blast," she said.