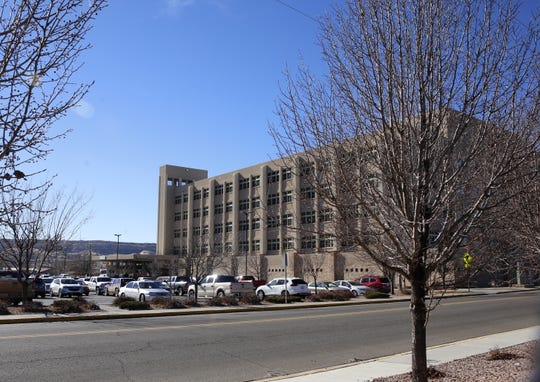 FARMINGTON — A little more than six months after San Juan Regional Medical Center laid off 78 employees, CEO Jeff Bourgeois told the Farmington City Council that the hospital is in a better financial condition and is adding employees.

“While last year was not anything any of us enjoyed, it was work we had to go through and we have made the changes we needed to make and now we are future focused and continuing to make strides to make this absolutely the best health care organization that we can for those who we are so privileged to serve,” he said during a meeting on Jan. 14.

This City Council meeting can be viewed online at fmtn.org.

Bourgeois listed about a dozen new doctors added to the staff in the last 12 months, including a new medical director of behavioral health services who has specialized in substance abuse.

He started his presentation by discussing the financial challenges that led up to the layoffs in June 2019. These challenges included overestimating the amount of money the hospital would collect for every dollar it charged. This led to millions of dollars difference in budgeted revenues. 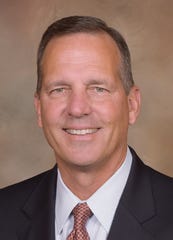 At the same time, the hospital has seen dwindling funding from the Safety Net Care Pool — a state fund set up in 2015 to assist hospitals serving indigent patients.

Bourgeois said San Juan Regional Medical Center previously received $20 million a year from this fund, but that has been decreasing and, in 2019, it only received $1.7 million.

In addition, Bourgeois said the changes in the economy in San Juan County increased the number of patients who rely on Medicaid or Medicare. He said these programs pay the hospital less than the cost of service.

The good news, Bourgeois said, is the hospital has increased its average daily revenue. In addition, its average monthly cash collections over the past six months has been $24.1 million, which Is an increase of about $1.7 million.

And the hospital has focused on improving quality of care, including reducing hospital-acquired infections by more than 50% in the last year.

Bourgeois said San Juan Regional Medical Center has reduced mortality rates from 16% in 2016 to less than 9%. He said the hospital especially made strides with mortality related to sepsis. He said sepsis is the leading cause of in-hospital mortality in the country.

Mayor Nate Duckett asked Bourgeois if the Joint Intervention Program has made a difference in the number of patients visiting the emergency room due to substance abuse.

The program identifies people with substance abuse problems who spend the most time in the emergency room, sobering center or incarcerated. These people are accepted to a year-long addiction recovery program that includes housing.

Bourgeois said he has heard anecdotal success stories about it helping people with addiction.

"When they come to see us now, it's for a clinical need other than substance abuse," he said.

However, Bourgeois said substance abuse remains a problem in the community.