The spending package, which includes a dozen bills, passed the U.S. Senate last week and was signed by President Donald Trump. The buffer zone is included in the Interior, Environment and Related Agencies appropriations bill.

It states that no federal funds can be used to accept a nomination for oil and gas leasing within the 10-mile buffer zone until a cultural resources investigation is completed.

Proponents of the 10-mile buffer zone lauded the measure as protecting the sacred site from oil and gas drilling. 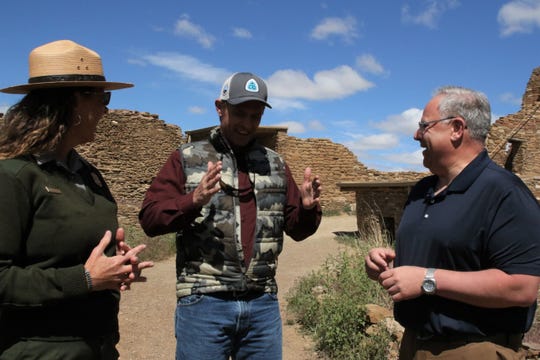 “The appropriations bill ensures that there will be no more leasing on federal lands within ten miles of the park, pending needed studies and consultation with tribal communities,” said archaeologist Paul Reed in a statement. “The ten-mile zone around the park is particularly important, as it includes more than a dozen Chacoan great house communities, ancient roads and thousands of other significant cultural resources.” 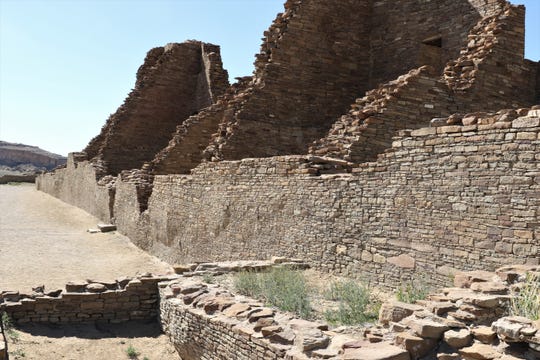 These visits led to Bernhardt deferring future leases in the buffer zone for one year while the Bureau of Land Management’s Farmington Field Office works on its amendment to the 2003 resource management plan.

In addition to the Chaco buffer zone, the bill also includes $4 million for continued water quality monitoring in areas impacted by the Gold King Mine spill.

The bill also allocates $8 million in new funding for tribal law enforcement, including funding intended to address missing and murdered indigenous women and children. It calls for the Bureau of Indian Affairs to complete a needs assessment of public safety infrastructure in Native American communities. 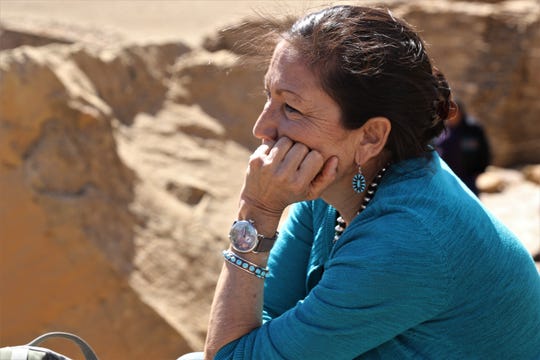 “This bill recognizes that people all across this nation cherish clean air, clean water, our public lands and outdoor places, and the economic and cultural value these places provide to our communities,” he said in a statement.

Udall said he is particularly glad to have the Chaco buffer zone included in the bill, which he said is an important step forward in partnering with tribes to safeguard the sacred site.