The road to passage of New Mexico's new minimum wage law was a complicated one. The issue may not be settled, and potential consequences are unknown.

Adoption of law required Democrats to compromise with each other 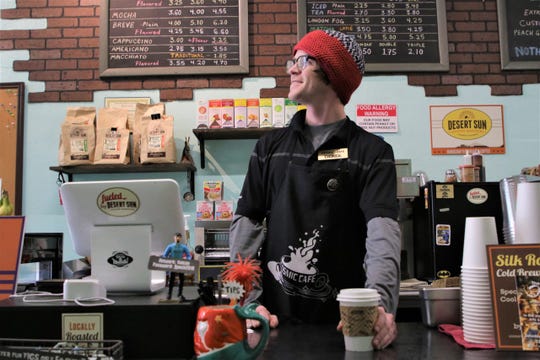 Derek Lovell of Cosmic Café in Farmington calls out a customer's order on Nov. 30, 2019, during the Small Business Saturday celebration. The state's new minimum wage law goes into effect Jan. 1, 2020, but its effect on small businesses is drawing a variety of predictions. (Photo: Daily Times file photo)

FARMINGTON — When New Mexico lawmakers began debating several proposals to increase the state's minimum wage at the beginning of the most recent session in January, there didn't seem to be much question that one of those measures would emerge from the process and become law.

After all, Democrats — traditionally, strong proponents of minimum wage increases — controlled both houses of the Legislature, as well as the governor's office. The party had succeeded in getting two bills raising the minimum wage through the House and Senate a year earlier, but then-Gov. Susana Martinez vetoed both of them.

That roadblock had been eliminated with the election of Gov. Michelle Lujan Grisham in November 2018, a Democrat who campaigned on a pledge to support a minimum wage of $12 an hour. Democrats seemed poised to push through an increase, and a substantial one at that. The only question was what the specifics of the measure would look like.

That proved to be a bigger stumbling block than many observers anticipated, but it wasn't the usual partisan battle between Republicans and Democrats that kept the proposals bottled up. Instead, it was a split among Democrats themselves that delayed its adoption. Some advocated for an extensive package of increases tied to the Consumer Price Index, while others supported a more modest approach.

Ultimately, it was compromise legislation that did not include a provision for future increases tied to inflation that made it through the Legislature and drew Lujan Grisham's signature. The process may have reached its conclusion on April 1 when the governor celebrated the new law with a signing ceremony, but that doesn't mean debate over its adoption has ended, especially as its enactment looms on Jan. 1, 2020.

Is anybody really happy with the law?

While she would have rather seen smaller increases in the minimum wage included in the law, Carol Wright, CEO of the New Mexico Restaurant Association in Albuquerque, said she was pleased with the final version of the measure because the increases are spread out over four stages instead of coming in one lump sum. Initially, many supporters of the increase, including the governor, were calling for an immediate increase in the state's minimum wage to $10 an hour.

"In the first couple of bills, everything was going to happen in July," Wright said. "You've got to give people time to budget for this. I still think it's going to be very hard for some businesses to manage."

Wright also appreciated the fact that the CPI provision was stripped from the measure, and those changes were enough for her to throw her lukewarm support behind it.

State Sen. Clemente Sanchez, D-Grants, cobbled together the compromise bill that carried the day. He confirmed the idea that it was clear at the beginning of the session that some kind of minimum wage increase would be adopted, but he said the process proved to be much more difficult than he imagined.

MORE: Economy added booming 266,000 jobs in November and the unemployment rate fell to 3.5%

Sanchez was among those who insisted on the removal of a provision tying future increases to changes in the CPI, which charts average changes over time of the prices paid by urban consumers for a market basket of consumer goods and services, according to the U.S. Bureau of Labor Statistics.

He said he wanted the amount of future increases spelled out in specific terms and for those increases to end at a certain point, not continue to occur annually with changes in the CPI.

"Because the compounding effect is what hurts small businesses," he said. "In banking, it's interest on top of interest and increase on top of increase that really hurts people. … There's no end to it."

It was the phase-in of the increases and the removal of those proposed CPI-based hikes in the future that especially disappointed Eric Griego, state director of the New Mexico Working Families Party, one of the leading proponents of the more ambitious minimum wage proposals that lawmakers considered.

"Obviously, something is better than nothing," he said of the measure that became law. "But I think we missed an opportunity to do something substantial by phasing in a minimum wage."

Griego said he would have much preferred an immediate increase to a minimum wage approaching $15 an hour.

"But I understood we couldn't do that initially," he said, explaining he was OK with the idea of starting at a figure closer to $12 an hour and increasing it from there.

As the legislative process continued, he said, he watched with dismay as even that figure declined.

"Then, it just sort of got whittled away (to $9 an hour the first year)," he said. "So, the reality is, even by the time we phase up to $12 an hour, that's still going to basically be the poverty level for a family of four."

Uncertainty about what to expect

With many cities or counties in New Mexico already having adopted minimum wage increases that exceed the initial $9 an hour provision, the full effects of the new law won't be felt for some time in some communities across the state.

While Santa Fe was one of the first communities in the country to adopt a local minimum wage ordinance in 2004, the movement has generated substantial momentum across the country only in the last decade or so, limiting the amount of long-term data that can be examined to determine its effects. The results of those studies have been mixed — something that doesn't surprise folks on either side of the issue.

The data points that researchers choose to examine — and exclude — can color those results, and that contributes to the fact that so many minimum wage studies seem to conflict with each other, those interviewed for this story said.

"Economic studies are all as valid as the assumptions they make," Griego said.

In New Mexico, Wright doesn't expect to see a strong negative impact from the minimum wage increase. But she is less sure about the long term. 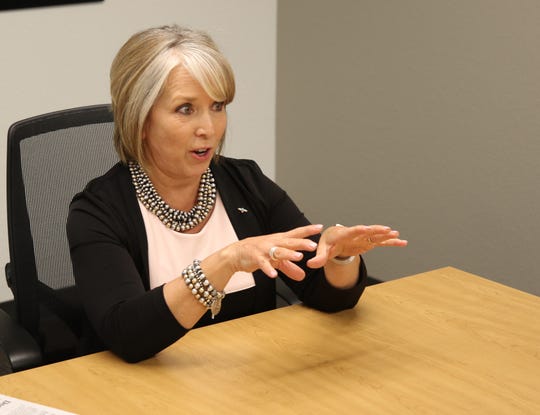 Gov. Michelle Lujan Grisham, who pushed for an immediate increase in the minimum wage in New Mexico to $10 an hour, has said some unintended consequences of the new law may make it necessary for lawmakers to revisit the issue at some point. (Photo: Mike Easterling/The Daily Times)

"I don't think it's going to be anything as big as layoffs," she said, but she has little doubt that many small businesses, especially in rural areas, will simply close their doors because they can't afford to comply with the law. She also anticipates there will be delayed effects as the increases ramp up a few years from now.

Sanchez said he doesn't expect the minimum wages increases mandated in New Mexico to provide for a significant improvement in the quality of life for the state's low-wage earners, but he said it was the only way to give them some relief while dodging a severe cutback in jobs.

Nevertheless, he anticipates some negative consequences.

"Yeah, I expect some people to lose their jobs or get their hours cut back," he said. "But we don't know. Businesses will adjust, and it will affect the prices people pay."

Although she declined to be interviewed for this story through her press secretary Nora Meyers Sackett, the governor said during a visit to The Daily Times in July she believed there would be some unintended consequences to the law that legislators might need to address down the line. Lujan Grisham was a supporter of the CPI provision and has hinted she might be open to having lawmakers revisit that issue in the future.

"No one has talked to me," he said. "There has not been any direction from the administration. We're waiting to see how this one works out, and we'll go from there."

But Griego is taking an aggressive approach, explaining that his organization's goal is still to secure the passage of a minimum wage in New Mexico that pays workers $15 an hour. 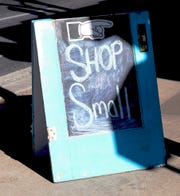 A sign urging shoppers to "Shop Small" was one of many on Main Street downtown during the Small Business Saturday event that took place Nov. 24, 2018 in Farmington. Small businesses may face big impacts when the state's minimum wage increases in January 2020. (Photo: John R. Moses/Farmington Daily Times)

"I hope it's not the last try at this. We're trying really hard to replace some of the Democrats who supported this," he said, naming Sanchez specifically as a target in the Democratic primary.

He hopes to see a more progressive group of Democrats take over leadership of the state Senate after the 2020 election, at which point he said supporters of a higher minimum wage will try again.

"We'll be pushing for more compensation phased in quicker," he said.

Griego is counting on the governor's support.

"She was supportive of a much stronger bill," he said. "I really believe if we get a better Senate and a working families House — if we get a Senate like that and unseat a couple of Republican opponents and corporate Democrats — I think we can get there. If the governor sees she has that support in the House and Senate, our job as advocates is to put pressure on her."