Meeting topics this week include an update on efforts to keep the San Juan Generating Station open after 2022.

Other meeting topics include Ricketts Park improvements and the Aztec HUB 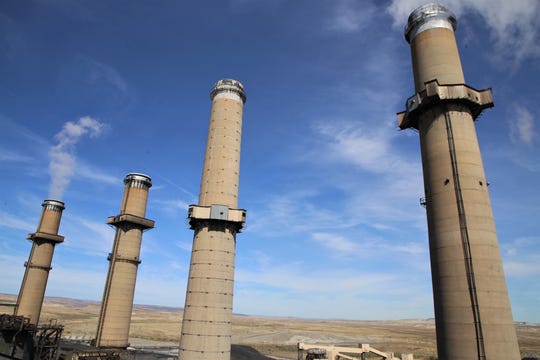 Two of the four units at the San Juan Generating Station have already closed as part of an agreement with the U.S. Environmental Protection Agency to cut emissions at the power plant. (Photo: Hannah Grover/The Daily Times)

FARMINGTON — Enchant Energy Chief Operating Officer Peter Mandelstam will meet with both the Farmington City Council and the San Juan County Commission on Dec. 17 to discuss the progress his company has made toward keeping the San Juan Generating Station open through a carbon capture retrofit.

This comes after Enchant Energy announced a partnership with Mitsubishi Heavy Industries America for the carbon capture technology, as well as partnering with Kiewit Power Constructors Co. and Sargent & Lundy for engineering, procurement and construction.

More: Learning from the past: Enchant Energy partners with Petra Nova's technology provider

It also comes as the New Mexico Public Regulation Commission hosts a nearly two-week-long hearing regarding the future of the San Juan Generating Station.

Mandelstam will be at the 9 a.m. Farmington City Council work session, which can be viewed online at fmtn.org. The meeting will take place at Farmington City Hall, 800 N. Municipal Drive. He will also be at the San Juan County Commission meeting at 4 p.m. at the county administration building located at 100 S. Oliver Drive in Aztec. 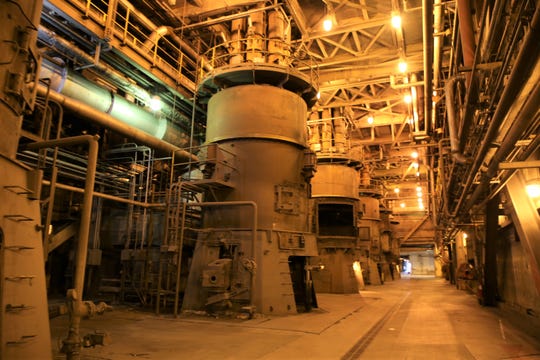 These pulverizers once crushed coal for unit 3 at the San Juan Generating Station. They have since been shut down along with the unit. (Photo: Hannah Grover/The Daily Times)

Upgrades could be coming to Ricketts

The Farmington City Council could also approve a capital improvements project at Ricketts Park, which would be funded by the Connie Mack World Series Committee.

This project involves updating the general admission seating area, replacing the section 25 bleacher area and adding box seats. It would create an additional 36 seats accessible for people with disabilities and 18 wheelchair accessible seats. 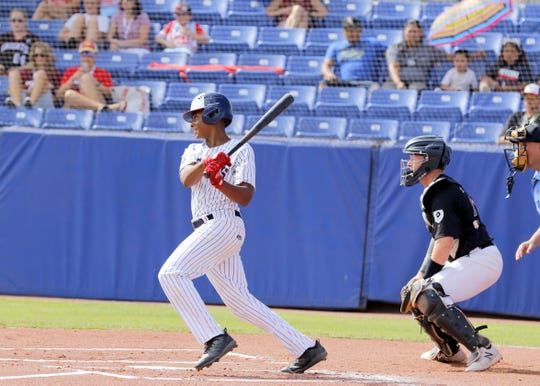 The total cost of the project is estimated at $562,000 for the bleachers and seating upgrades and $20,00 for the bullpens and batting cages.

The Connie Mack World Series Executive Board hopes to have the project completed prior to the 2020 world series.

Aztec may approve sale of the HUB

According to the agenda packet, the business plan the city had for the facility has not been successfully executed due to a lack of funding. The lack of funding meant the city could not properly staff the building or provide services and necessary improvements.

Double D Investments stated in its proposal that it would attempt to retain 550 Brewing’s Taproom as one of the businesses leasing space at the facility.

Other agenda topics include returning the golf carts the city leases from Yamaha. These carts are used for operations at the Aztec Municipal Golf Course. The City of Aztec will end its operations at the golf course on Dec. 31. The item is on the consent agenda, which means the commission will likely vote on it without discussion.

Aztec Municipal Schools District Board of Education will have a training meeting at 5 p.m. Dec. 17 in closed session to discuss the superintendent's evaluation. This will be followed by a regular board meeting at 6 p.m. in the board room at the District Central Office Building, 1118 W. Aztec Blvd. One topic of discussion on the agenda is student use of medical marijuana.

Central Consolidated School District Board of Education will meet at 4:30 p.m. Dec. 17 at Newcomb Elementary School. Agenda topics include the graduation status for CCSD high schools.

The New Mexico Legislative Education Study Committee will hear about potential impacts the closure of the San Juan Generating Station could have on Central Consolidated School District. The committee meets Dec. 18 through 20 in room 307 at the State Capitol building in Santa Fe. The meeting can be watched live at nmlegis.gov. Discussion about CCSD will be at 4 p.m. Dec. 18.

The New Mexico Legislature's Revenue Stabilization and Tax Policy Committee will discuss the New Mexico Counties and New Mexico Municipal League's priorities for the 2020 legislative session. The committee meets Dec. 17 and 18 in room 322 of the State Capitol building in Santa Fe.