Attorney Eric Morrow faces a new civil lawsuit and is accused of legal malpractice, negligence and breach of contract.

FARMINGTON — A Farmington attorney faces a new civil lawsuit and is accused of legal malpractice, negligence and breach of contract after failing to file a lawsuit within the statute of limitations.

The New Mexico Supreme Court Disciplinary Board issued a second order within two years for probation after Eric Morrow admitted to issues, including failing to provide competent representation to clients and failure to represent clients diligently.

Garner Gramlich filed a complaint against Morrow, Shannon Pettus and the Morrow & Pettus Law Offices on Nov. 7, according to court documents.

Gramlich requests an undisclosed amount of damages against the defendants along with pre- and post-judgement interests and costs.

The plaintiff entered a guilty plea on July 5, 2005, to a second-degree felony count of criminal sexual penetration. He was released from prison on Sept. 20, 2014. He paid $1,000 to retain Morrow to pursue a claim of excessive incarceration after Gramlich claimed he was unlawfully held in prison for nearly a year beyond his sentence.

Gramlich claims a complaint was filed by Morrow on March 10, 2017, in state district court.

The complaint was filed after the two-year statute of limitations for state district court, according to court documents.

"He came to us for a lawsuit, but it was too late and I told him so," Morrow told The Daily Times. "We tried to help."

The case was dismissed on Jan. 12, 2018, after lawyers for the New Mexico Department of Corrections filed a motion to dismiss in August 2017.

Morrow has another civil lawsuit pending against him.

Andres Garcia hired Morrow to represent him in a medical negligence case in California, according to The Daily Times archives.

Garcia levied accusations, including that Morrow did not understand the statute of limitations in a foreign jurisdiction, which led to loss of claim for the plaintiff. 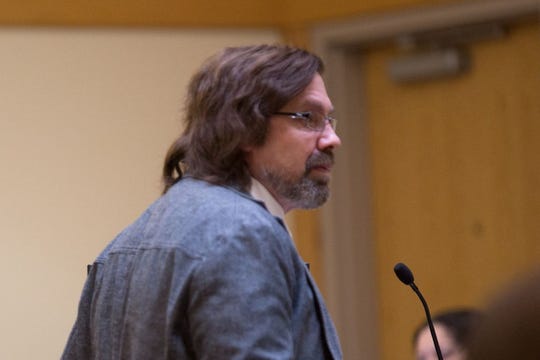 Gramlich's case is included in an order from the New Mexico Supreme Court Disciplinary Board, which includes two other counts levied against Morrow, according to documents obtained by The Daily Times.

A hearing committee ruled on Aug. 12 to suspend Morrow for 18 months but deferred the sentence if he met certain conditions.

Morrow was given a similar decision on Jan. 2, 2018, for a year of probation by the state disciplinary board, according to The Daily Times archives.

The documents show a client retained Morrow to appeal an administrative decision from New Mexico Department of Workforce Solutions, which denied her unemployment claim on April 20, 2013.

The client requested an accounting of the $1,500 she paid to retain Morrow, but he failed to respond.

The court documents also stated Morrow failed to appear at six court settings and was late for two between early 2017 and Feb. 2019.

Read more about the case: