Three San Juan Soil and Water Conservation District supervisor positions are on the ballot in November.

FARMINGTON — The San Juan Soil and Water Conservation District is focused on conservation efforts, such as removal of invasive species, in San Juan County and parts of Rio Arriba and Sandoval counties. It is governed by a board of five supervisors.

Three of the five supervisor positions are up for election and two of the incumbents are running without opponents.

DeAnne McKee is one of those incumbents, and she's running without an opponent. She is seeking another term as the Position 1 supervisor. She currently serves as vice-chairwoman on the board of supervisors. 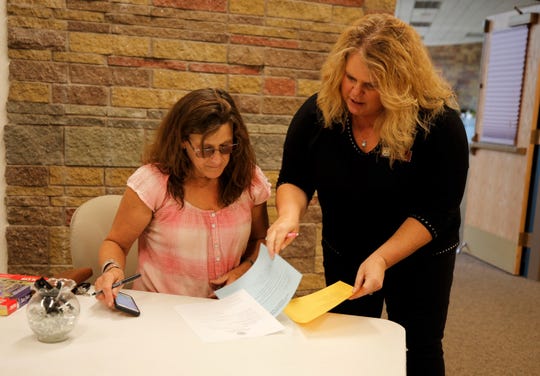 McKee has served on both the Sierra County and San Juan County Soil and Water Conservation Districts, giving her a combined 17 years of experience.

She describes herself as simply a concerned local farmer, and “not a political person,” and that she’s running for a seat on the soil and water conservation district because she simply cares about water as a resource. McKee describes thinks the biggest challenges the water conservation district has to tackle is to find funding for fighting noxious weeds, and water quality.

Incumbent Position 2 Supervisor Cash Carruth is also running unopposed. Carruth has never ran for any other kind of political office, but as a local farmer/rancher, he said his interest in a position on the San Juan Soil and Water Conservation District stems from his concern about the future of water conservation and irrigation in the region. 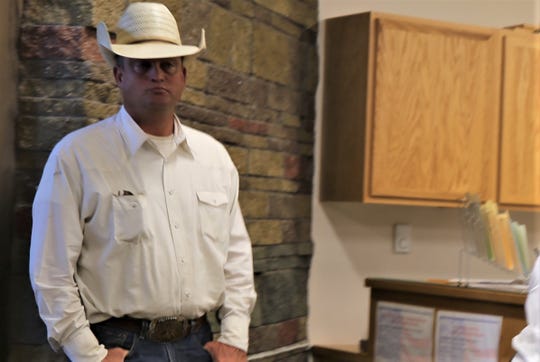 “Water is the backbone of the Earth and I'm interested in how it's delegated,” Carruth said when reached by phone Oct. 16.

“I’ve been involved with water conservation and stewardship for 11 years now, I don’t know what her experience is,” Deyo said about her challenger in the Position 5 race, Catherine Thomas-Kemp.

“Our biggest challenge though is that nobody knows who we are,” Deyo said, “but in fact, the District plays a big role in the region.”

Catherine Thomas-Kemp is challenging Deyo for the Position 5 seat on the San Juan Soil and Water Conservation District's board of supervisors.

Catherine Thomas-Kemp files paperwork in August to run for a seat on the San Juan Soil and Water Conservation District's board of supervisors. (Photo: Hannah Grover/The Daily Times)

Thomas-Kemp is a jewelry artist and metalsmith. She studied art and anthropology at the University of New Mexico. In addition to selling her art at studios like Artifacts Gallery, Thomas-Kemp also teaches classes at San Juan College.

Sam Ribakoff is a visual journalist for The Daily Times. He can be reached at 505-564-4621 or via email at sribakoff@daily-times.com.

Hannah Grover contributed to this report.