Dale Maes, Joel Gunn are the only candidates to file for 2 open seats on Bloomfield school board, and they're looking forward to the task. 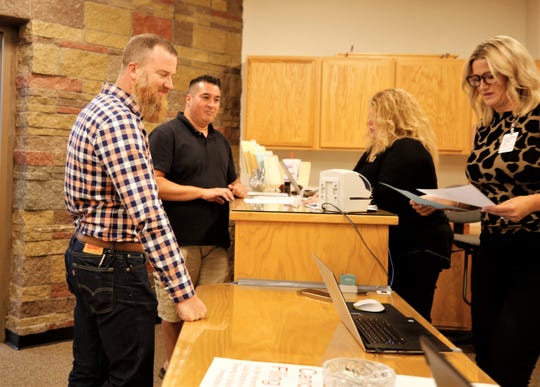 FARMINGTON — Neither of the candidates seeking election to seats on the Bloomfield School District Board of Education have drawn opposition, virtually assuring their victory on Election Day.

The latter is the president of the board and is a six-year veteran of the organization. He points to a long list of improvements in the district during his time on the board, such as safety enhancements that include new fencing and surveillance at schools.

"Safety is a big deal," he said. "It's a big concern for our students and staff."

Maes cited other gains made across the district during his tenure.

"Student achievement has seen nothing but growth over the last four years, and the graduation rate rose tremendously," he said, adding that he has been amazed by the number of students at Charlie Y. Brown High School, the district's alternative high school, who have capitalized on their time there and gone on to earn a diploma. 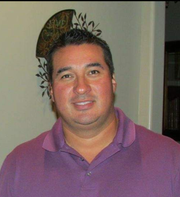 He said one of the more important steps the board has taken over the last several years was the 2015 hiring of Kim Mizell as the district's superintendent.

The board president said that shared vision and continuity are a big part of why he chose to seek re-election. Many districts struggle with high turnover in the superintendent's position, but Maes said Mizell's presence has helped Bloomfield avoid that.

"We have a great, great partnership with the superintendent and the board," he said. "We have no complications on the board. We're all here for the students."

Bloomfield is a small, tight-knit community, Maes said, and over the last six years, he has become accustomed to being approached by patrons about issues facing the district. But he said he doesn't get nearly as much negative feedback as he used to.

"Over the last three years, the complaints have stopped," he said. "We've fought the battles, and in my mind, there's more good than bad."

Gunn, who serves as the executive pastor at the First Baptist Church of Bloomfield, is running unopposed for the District 1 seat. He said the district has come a long way since he moved to Bloomfield in 2015 from the East Coast, and he wants to help it continue to make progress.

He hopes to see voters pass a 2-mill levy that also will be on the Nov. 5 ballot, pointing out that the funding will be used for a variety of purposes across the district. 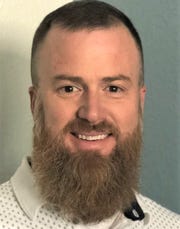 "I'm excited about that," he said.

Gunn said he has no major differences with the board over how the direction the district has taken in recent years, but he would like to see the academic performance of students continue to improve.

He also wants to see the board do whatever it can to increase the tenure of teachers.

He encouraged voters to get to know the board candidates and understand the 2-mill levy question. He wants them to have a sense of ownership when it comes to the district that educates their children.

"It's good to know who you're voting for and who's making decisions on the school board," Gunn said. "Every family should be well aware of what's going on in the school system."