Paul Bandy and Ryan Frost are running for Position 2 on the Aztec school board. A third candidate has withdrawn.

FARMINGTON — The only contested race for the Aztec Municipal School District Board of Education is the position 2 seat.

There is no incumbent. Aztec-area rancher and state legislator Paul Bandy is facing political newcomer Ryan Frost, who works in the oil and gas industry.

There will be three names on the ballot, but the third candidate has withdrawn from the race.

Paul Bandy has served 14 years in the state House of Representatives. When he decided not to run for re-election, he put his name in the hat for the Aztec Municipal School District’s Board of Education.

Bandy said he can use the skills he developed in the state legislature to help the school district. 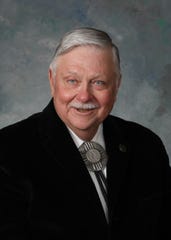 “I’ve learned to listen to people,” he said. “I’ve learned how to put compromises together to make things happen.”

One of those compromises was the Local Election Act, which took him four years to pass. This piece of legislation is the reason the school districts are having their elections in November this year and why the districts sent out mail ballots in February asking voters to approve mill levies.

Bandy said the biggest challenge facing the school district is connecting the community and the schools. He said the mill levy election in February failed because there is not enough community buy-in in the schools.

He said community meetings and participation in community events could help bridge that divide.

Ryan Frost was born and raised in San Juan County. He attended San Juan College and then the University of New Mexico, where he graduated with a Bachelor of Science in mechanical engineering. After graduating, Frost worked at Los Alamos National Labs for several years. He said his wife also grew up in San Juan County and they were both looking for an opportunity to return.

Frost now works in the oil and gas industry and his three children were raised attending Aztec schools. His youngest child is currently a student at C.V. Koogler Middle School. 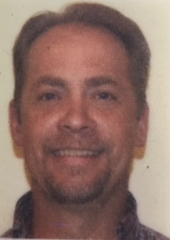 His oldest son and his daughter were at Aztec High School when a gunman opened fire on Dec. 7, 2017, killing two students.

Frost said, like many parents, he is concerned about school safety as well as drug use on campus.

He said his son’s math book is at least 10 years old and the schools need funding to purchase software and invest in computer-based learning.

“All of that takes money,” Frost said.

Frost said there was not one big pressing issue that drove him to throwing his name into the ring for school board. He said he is a “normal, average, every day Joe who wants to give back to the community.”

He said he wants to ensure Aztec schools maintain high standards and prepare students for college.

While Tamie Hemmingson's name will be on the ballot, she will not be able to serve a full term. She said she went to withdraw her name after learning that her family will soon be moving, but it was after the deadline to withdraw from the race. Hemmingson said if she does win she will serve until she moves. 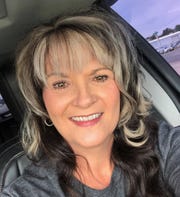