Farmington High School alum Corey Allison aims to have an impressive catalog of recordings before kicking off a national tour next summer. 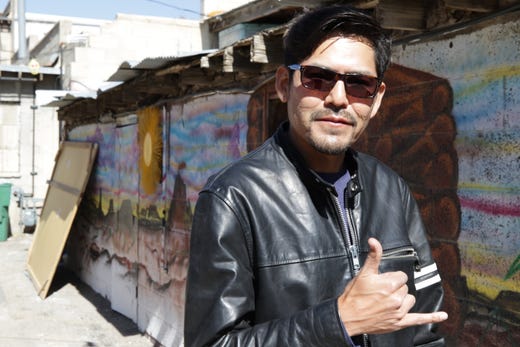 Corey Allison's "Requiem," a concept album that came out in March, reflects the artist's attempts to come to terms with his grief after the death of several loved ones. Mike Easterling/The Daily Times
Fullscreen 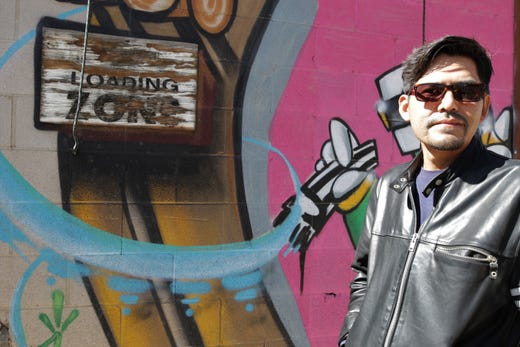 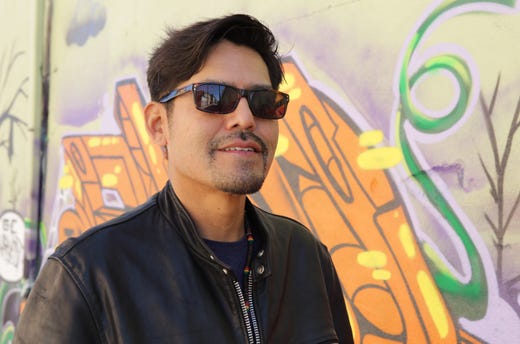 Corey Allison has released a new single called "Morningstar in Purgatory," the first movement in a three-part series that follows in the footsteps of his album "Requiem." Mike Easterling/The Daily Times
Fullscreen 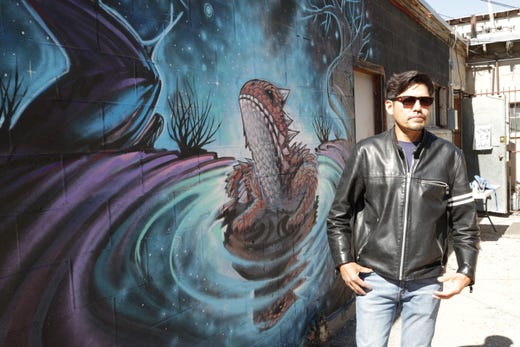 Corey Allison has released three albums in two years and has another one on the way. Mike Easterling/The Daily Times
Fullscreen 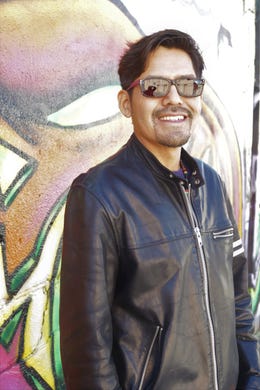 Corey Allison plans to release an album early next summer that sonically recreates his life from birth to the present. Mike Easterling/The Daily Times
Fullscreen 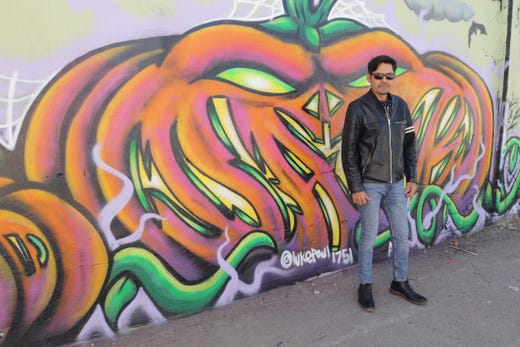 Corey Allison promises a return to a more upbeat and traditional sound on his next album, due out in the summer of 2020. Mike Easterling/The Daily Times
Fullscreen

FARMINGTON — Corey Allison is a prolific songwriter, having penned dozens of tunes that have been featured on his three albums over the last two years while dozens more await recording and release.

But don't take that as evidence that he is impulsive about his material or that he prefers quantity to quality. In fact, Allison tends to take the long view when it comes to his music, carefully mapping out each step of his career and considering each creative possibility before he moves ahead.

"Everything I do is very conceptualized," the 1997 Farmington High School graduate said earlier this week, describing his approach to his craft. "Everything is thought out."

Such is the case for the release of his new single "Morningstar in Purgatory," the first of a series of three related musical movements that Allison — actual name Arthur Allison Jr. — will deliver between now and spring. The song is an extension of his most recent disc "Requiem," which came out in March. The Navajo artist said it is his attempt to find some closure after he plumbed some raw emotional depths on that collection. 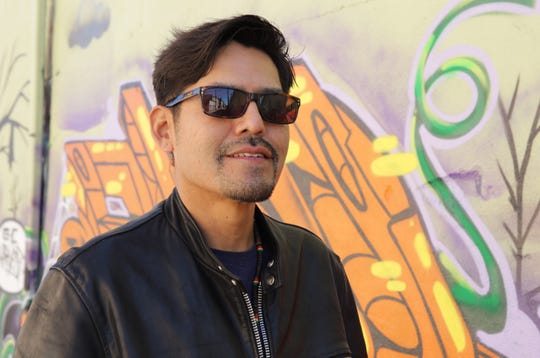 Corey Allison has released a new single called "Morningstar in Purgatory," the first movement in a three-part series that follows in the footsteps of his album "Requiem." (Photo: Mike Easterling/The Daily Times)

Allison refers to the three movements as the "emotional spillage" of "Requiem," a concept album that explores the various stages of grief from start to finish. He was prompted to record the disc after experiencing the death of several family members in a short period of time, so it is a deeply autobiographical piece of work that mirrors his own attempts to move on from those losses.

"Morningstar in Purgatory" isn't quite as dark as the material on "Requiem," but it is clear Allison had some psychic mopping up to do after that draining experience. He describes the single as "a song for the Creator," an exploration of a character who looms large in the mythology of many North American indigenous peoples, especially those from the Great Plains, as he weighs a decision to return to his home or remain in his current, transitional state.

Allison plans to follow the first movement with two more over the next several months. The second single, due out in December, will address the character's memories of Earth, while the finale, which will be released in March, focuses on his redemption and repentance. 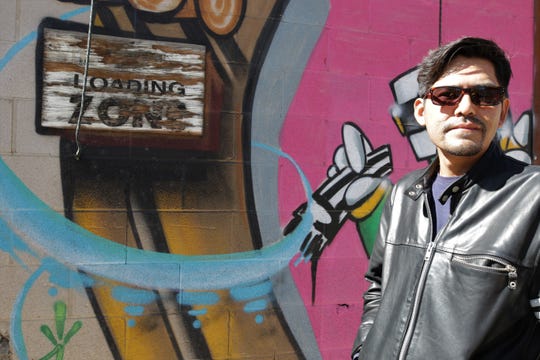 The timing of those releases is not coincidental. Allison wants them to follow the journey of the Earth around the sun, explaining that they fit into a beginning-, middle- and end-of-winter scenario that matches their content.

Death is not a specific element of any of the three, as it is on "Requiem," but Allison noted how he couldn't avoid its long shadow, even as he recorded the new singles. In the midst of that process, his dog of 11 years died, punctuating his emotional trauma and drawing Allison to realize that his exploration of grief would be a circular, not linear, process.

"When we make stuff like this, there's always repercussions you don’t see," he said. "That's what happens when you dip into this dark side of yourself. … That energy was going to spiral and kick home again." 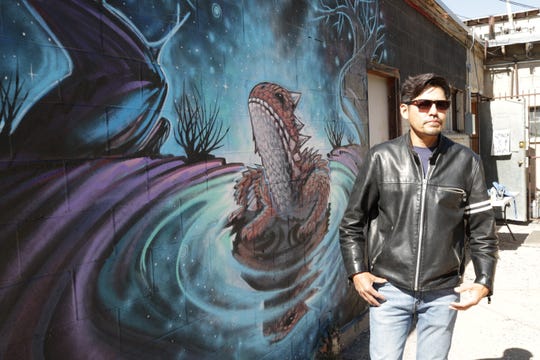 Corey Allison has released three albums in two years and has another one on the way. (Photo: Mike Easterling/The Daily Times)

That feeling is something that will inform his work from now, Allison acknowledged, but he is determined not to let it define his work. In keeping with his habit of working quickly but with great purpose, Allison plans to release another full album early next summer, a collection of songs that he promises will reflect the considerably lighter tone of his first two releases, 2017's "Acoustic Vibez" and 2018's "The Ecliptic Sessions."

"This next album will be a rebirth album," he said. "I want to go back to my first memory of childhood and sonically recreate my life from then to now."

Allison will be circling back from the electronica instrumentation of "Requiem" and the three singles to the traditional sound of guitar-bass-keyboards-drums on his first two releases. He plays all the instruments himself, something he has done consistently since returning to his hometown after spending many years as a fixture on the Albuquerque music scene. 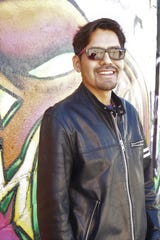 Corey Allison plans to release an album early next summer that sonically recreates his life from birth to the present. (Photo: Mike Easterling/The Daily Times)

Once he has recorded and released that disc, Allison plans to get back to performing live — something he hasn't done much of lately as he focused on generating a deeper catalog of recordings. His plan is to schedule a "train tour" next summer, beginning in Albuquerque or Gallup and heading west to Los Angeles before crossing the country to New York and eventually heading back to New Mexico.

He envisions that excursion lasting at least 30 days, and the tour stops would be a mix of larger and smaller towns.

"Big cities are always cool, but I like to hit spots where people are excited to see you," he said. "And that could be playing to 100 people or 20 people — it doesn't matter."

"Morningstar in Purgatory" is available via all major online music retailers and streaming sites. For details, visit Corey Allison Music on Facebook.