The youngest activist at the Climate Strike in Farmington was four-year-old Zaira Sandhu, who wanted to attend to save the earth.

A candidate for U.S. Senate was one of the key speakers at the Global Climate Strike in Farmington. Wochit

FARMINGTON — Zaira Sandhu, 4, of Farmington stood on the edge of Main Street holding signs she had helped make urging people to live in a sustainable manner.

Zaira was the among the youngest of nearly 100 activists gathered at Gateway Park on Sept. 20 to demand action on climate change as part of the global Climate Strike.

Her mother, Cynthia Rapp Sandhu, said Zaira has been a driving force in their family to live in a more environmentally-friendly manner.

Last year Zaira asked Santa Claus to bring reusable metal straws for Christmas so the family could reduce their use of plastic.

Zaira said she wanted to attend the Climate Strike to save the Earth. She said people can help save the Earth by recycling and not using too much plastic.

Eva B. Stokely students participated in the global Youth Climate Strike. Here are some scenes from the event. Farmington Daily Times

“It goes in the ocean,” Zaira said of plastic.

Sandhu said her daughter became concerned about plastic after visiting an aquarium in Charleston, South Carolina. While there, they learned about the impacts of plastic in the ocean and wildlife, like sea turtles and birds.

Zaira was not the only one at the Climate Strike too young to vote.

“I don’t believe the way we are living is sustainable,” he said. 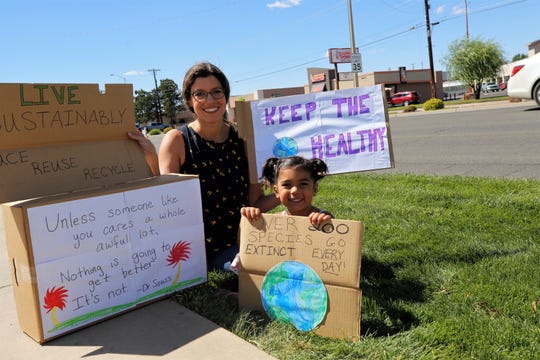 Other speakers urged people to vote for candidates who have strong positions about combating climate change.

U.S. Senate candidate Maggie Toulouse Oliver also spoke during the event. She said she will make combating climate change her number one issue if elected. 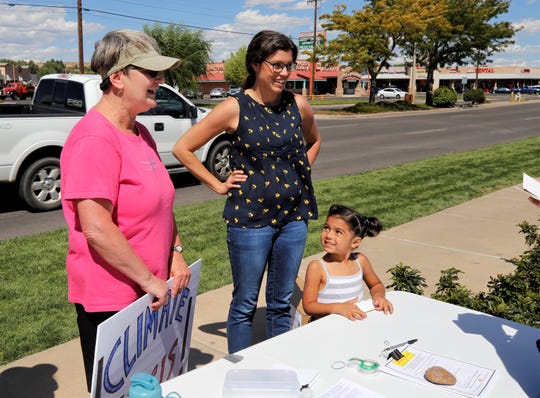 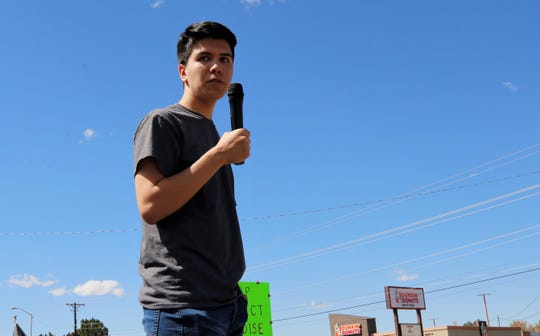