Capacity Builders Inc. and the San Juan County Partnership each will receive nearly $1.5 million over the five-year program.

Each organization will receive nearly $1.5 million over 5 years 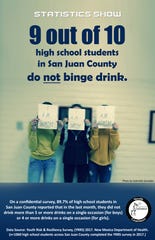 FARMINGTON — A pair of Farmington nonprofit organizations have been awarded large grants from a federal agency that will allow them to continue their efforts to battle substance abuse among young people.

The list of recipients included the San Juan County Partnership and Capacity Builders Inc., both of which are based in Farmington.

According to a press release from several members of New Mexico's congressional delegation, the San Juan County Partnership received a grant of nearly $273,000, while Capacity Builders received almost $300,000. But the executive director of each organization said those are annual awards for a five-year program, meaning each group ultimately will receive between $1.4 million and $1.5 million to conduct its work.

U.S. senators Tom Udall and Martin Heinrich, along with U.S. representatives Ben Ray Luján and Xochitl Torres Small, all Democrats — announced via press release Sept. 9 that the Substance Abuse and Mental Health Services Administration, an agency of the U.S. Department of Health and Human Services, had awarded several grants across the state to combat substance abuse.

San Juan County Partnership Executive Director Pamela Drake said the grant was one of the larger ones her organization has received in recent years. She added there was fierce competition for the grant money.

"It definitely is a significant funding stream for San Juan County Partnership and gives us the opportunity to continue doing the work we've been doing for over 25 years," she said.

SJCP will put the grant money to work through its existing Strategic Prevention Framework-Partnerships for Success program, focusing on young people between the ages of 9 and 20, according to an abstract of the organization's grant proposal. The program is aimed at delaying the onset of first alcohol use, reducing alcohol and marijuana use, and raising awareness of the risks involved in using those substances.

The abstract states the project's first goal is to build a prevention-specific coalition, and much of that work already has been done with such groups as San Juan College, Diné College, all San Juan County public school districts, the Shiprock Chapter of the Navajo Nation, the Farmington Police Department, the Farmington Public Library, Presbyterian Medical Services, Identity Inc. and the Northern Navajo Medical Center having signed on to participate.

According to the abstract, the project will directly serve 20 or more coalition members each year and 420 people over the span of the project. The project's social marketing plan will be designed to reach the county's youth population, which is approximately 20,700 people.

Part of that plan will be an extension of SJCP's existing Positive Community Norms messages, a series of public service messages that uses positive statistics related to underage drinking. The series is designed to close the gap between perception and reality, according to the organization's website, and help young people make good decisions.

Drake said the grant-funded work is scheduled to begin Oct. 1, and the first step for her organization is to reach out to coalition members. She said San Juan College is the SJCP's main partner in the endeavor, as her organization typically only works with young people up to 18 years old. The college's participation will allow it to extend this project to those up to age 20.

"We're very excited about that," she said. 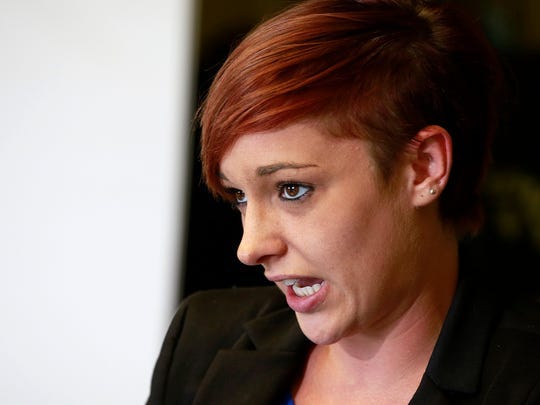 Merrissa Johnson, the executive director of Capacity Builders Inc., said the programs the grant will fund for her organization will allow it to expand on much of the work it has done over the past several years. Over that time, she said, Capacity Builders has built a strong coalition consisting of entities on the Navajo Nation and in border communities, especially in Gallup.

"This grant, in particular, will be used for a strategic planning framework," she said, adding that an emphasis will be made to engage with young people on the reservation through school curricula and community-based meetings.

"We are paying very close attention to opioid use and overdoses," Johnson said. "We're seeing that become more prevalent on the reservation."

While many parts of rural America have seen a significant increase in opioid abuse over the past several years, Johnson said that issue did not really make its way on to the Navajo Nation until about two years ago. Her agency will be taking a multidisciplinary approach to the problem, she said, noting that it includes both prescription opioid abuse and illegal opioid abuse.

"We'll be exploring how we can mobilize as communities to respond to the gaps in knowledge and services," she said.

The San Juan County Partnership can be contacted at 505-566-5867, and its website can be accessed at sjcpartnership.org. Capacity Builders can be reached at 505-326-4245 or visited online at capacitybuilders.info.