Chevel Shepherd will be performing a September concert at the center as a fundraiser.

Center officials hoping to reach out to more clients 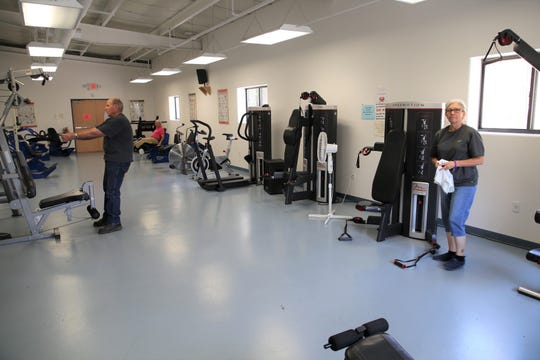 Members of the fitness center at the Bonnie Dallas Senior Center work out on Aug. 21. (Photo: Mike Easterling/The Daily Times)

FARMINGTON — The list of services offered by the Bonnie Dallas Senior Center is a lengthy one, ranging from serving meals and operating a fitness center to providing rides to medical appointments and shopping excursions.

But Jack Lowery, the center's adult programs manager, knows that the common thread in all those elements — and the single most important service the organization offers — is the opportunity for its clients to socialize with other folks.

"It's vital," Lowery said. "The biggest thing I think older people combat is isolation. They tend to withdraw as they get older, especially men."

The senior center, which is operated by the city of Farmington, is designed to keep older residents engaged, active and well fed. Its offerings will be spotlighted in an open house event, More Than Meets the Eye, which runs from 8 a.m. to 4 p.m. Aug. 28 at the center, 109 E. La Plata St. in Farmington.

Lowery estimated that between the weekday lunches and the various programs the center offers, it serves approximately 1,100 people in the community. That's a healthy number, but Lowery believes it could be greater.

"If you look at the population of Farmington, there are a lot more people we could be reaching," he said. "That's why we're doing the open house." 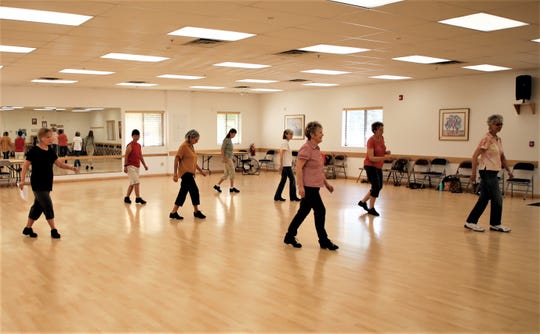 Participants in a line dancing class run through their steps at the Bonnie Dallas Senior Center on Aug. 21. (Photo: Mike Easterling/The Daily Times)

The event features a full day of activities and meals, beginning with coffee and donuts at 8 a.m. A slide show is planned for 8:30, then breakfast will be served at 9. At 10 a.m., tours of the various facilities will begin, and information regarding the center's programs will be offered.

At 12:30 p.m., a number of speakers will offer testimonials about the center, including former center director Larry Bomberger and former Farmington City Councilor Mary Fischer. A public input session is slated for 1 p.m., and a social hour will take place at 2 p.m. The event concludes with a door prize drawing at 3 p.m., and Lowery said many local businesses have stepped up with donations of gift certificates and merchandise.

"It's a common misconception here in the city of Farmington that the Bonnie Dallas Senior Center is for old people only and is kind of an assisted-living center," Lowery said. "We're anything but that. We invite all the public to see for themselves what this is all about." 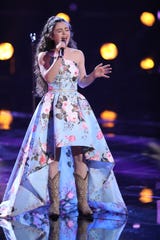 Chevel Shepherd will perform during a fundraiser for the Bonnie Dallas Senior Center on Sept. 6. (Photo: Photo by Tyler Golden/NBC)

Tickets for another special event will go on sale at 10 a.m. during the open house. On Sept. 6, Chevel Shepherd, the Farmington teenager who won the most recent season of NBC-TV's "The Voice," will perform during a spaghetti dinner at the center. Advance tickets are $7 for adults and $4 for children 12 and younger. All tickets are $10 at the door. Only 300 tickets will be sold for the event, which begins at 5 p.m.

"As soon as they sell out, that's all we're going to sell," Lowery said.

The concert is a fundraiser for the center's advisory board, and the proceeds will be used to help support the facility's programming.

Lowery said the center has never held an open house or a fundraising event until now.

"I am very, very, very pleased with the response we've gotten from the community," he said. "I know a lot of our seniors are excited to see Chevel in such an intimate venue like this. We're going to make sure our seniors and their families get to see Chevel at a reasonable cost."

Between the two public events, Lowery hopes local residents of various ages will stop in to see what the center is like.

The organization's lunches are perhaps its best-known program, but the center also operates a popular fitness center and library, holds Saturday night dances, conducts field trips to such locations as the Albuquerque BioPark Zoo and the Mesa Verde National Park, offers monthly Saturday brunches, and holds classes in such subjects as line dancing, Tai Chi, bridge and computers. 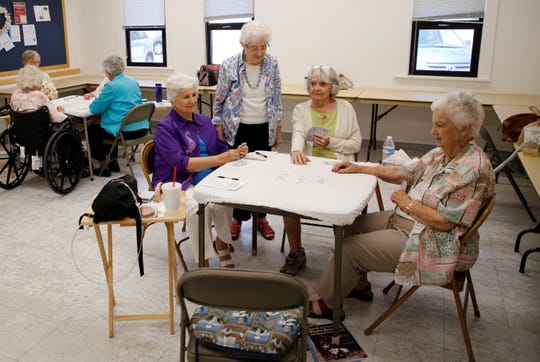 "I think we are one of the best-kept secrets in the city of Farmington without ever trying to be," Lowery said.

While a $3 donation for the weekday lunches in suggested, no senior is turned away because he or she cannot pay, Lowery said. Anyone who is curious about what the center has to offer will find those community meals a good place to start, he said.

"Come in, enjoy that meal and get with your friends," he said. "And you'll make new friends here."