The state is partnering with San Juan College and PESCO to train welders who will work at PESCO. 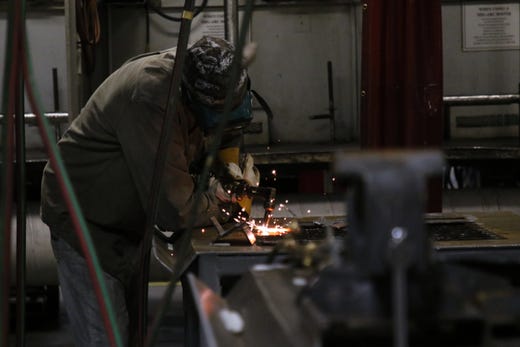 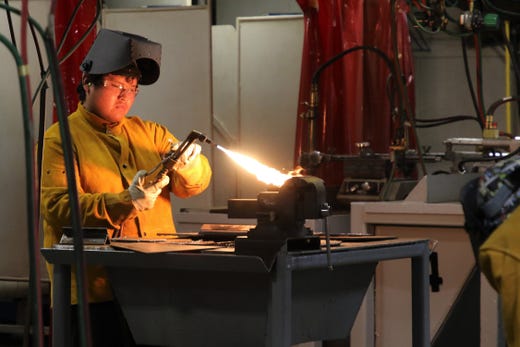 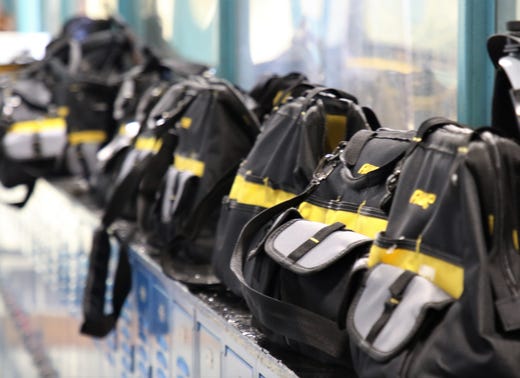 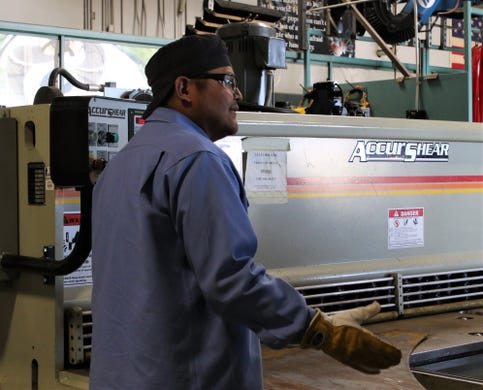 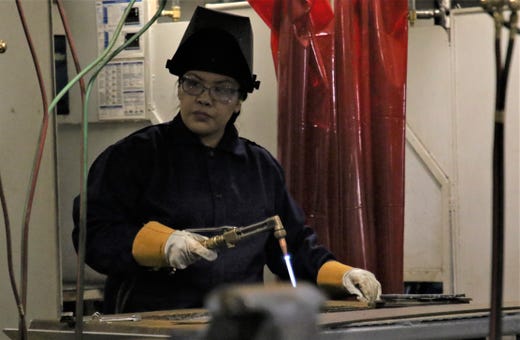 Earn While You Learn program will be expanded throughout the state

FARMINGTON — A training program for new PESCO employees is the first of a new type of apprenticeship the New Mexico Department of Workforce Solutions is rolling out statewide.

This training program, or bootcamp, is the result of a partnership between San Juan College, the state and PESCO.

The state has provided federal workforce money to supplement the new employees’ income. New Mexico Department of Workforce Solutions Cabinet Secretary Bill McCamley described it as the students being paid while they learn and having a job when they are done.

"We are excited San Juan College and PESCO are partnering to support student-to-worker pipelines,” said Kate O’Neill, Secretary of the New Mexico Higher Education Department, in a press release. "We need more skilled tradespeople and paid apprenticeships to promote best practices for getting the job done."

PESCO had a similar bootcamp last year, but the participants were unpaid and the company only hired them after they had completed the training, according to PESCO Business Development Manager John Byrom. Byrom said the program was highly successful last year and most of the participants are still employed at PESCO.

Both PESCO and the college provide instructors for the classes, which take place at San Juan College.

McCamley told the Daily Times that the state began working on the program with PESCO after he met with PESCO leaders in February.

“They said, ‘we need welders. We need welders now,’” McCamley said. “And we said, ‘okay, how do we go about fixing this issue so that local people can get good jobs?’”

While many of this year’s students are from San Juan County, a woman from Round Rock, Arizona, and her two brothers are among the more than 20 participants.

The bootcamp is being called Earn While You Learn and will soon be expanded to other parts of the state.

McCamley said there are three requirements for Earn While You Learn programs: the participants must be paid, they must earn a certificate demonstrating their skills and they must have a job waiting for them upon completion. 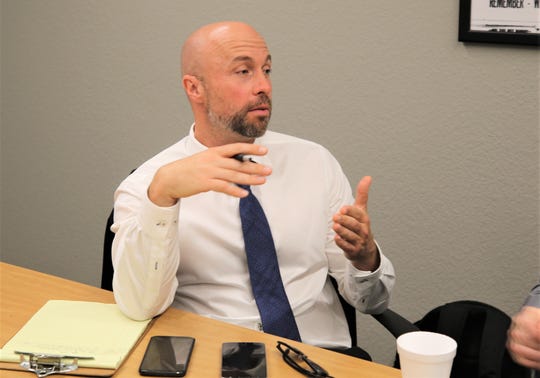 Governor Michelle Lujan Grisham touted the program while speaking to Farmington Rotary Club on July 11. She also highlighted other areas where the state has partnered with PESCO and said New Mexico will continue to partner with the company in the future.