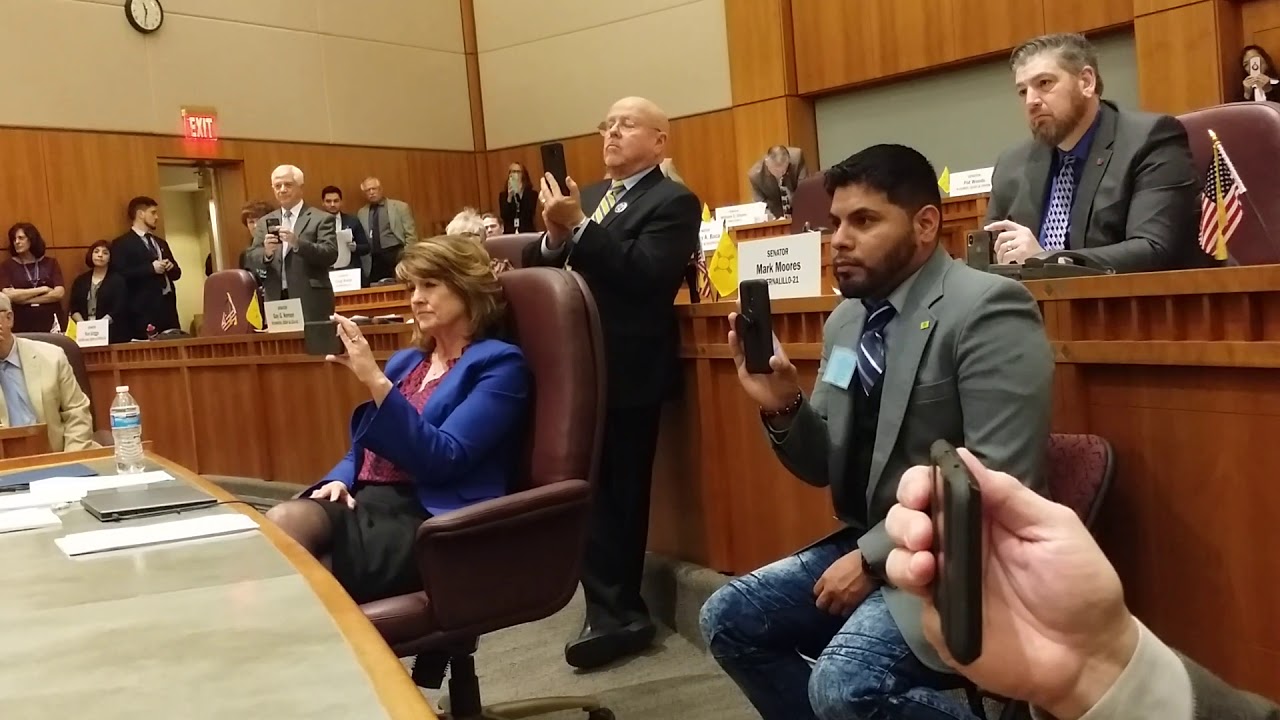 FARMINGTON — Farmington teenage singing sensation Chevel Shepherd added another line to her burgeoning résumé today when a pair of local legislators secured the passage of a measure in the state Senate honoring her for winning the 15th season of NBC-TV's "The Voice" talent competition in December.

Senate Memorial 52, sponsored by state senators Steve Neville, R-Aztec; and Bill Sharer, R-Farmington, congratulates Shepherd for her victory on the program and proclaims that she should be recognized for her talent. It passed the Senate unanimously, according to a press release from the New Mexico Republican Senate Office.

Shepherd, a 16-year-old junior at Farmington High School, sang the tunes "Broken Heart" and "You're Lookin' at Country" in the Senate chambers this morning at the Roundhouse in Santa Fe. The memorial adopted in her honor was read to her after its passage.

Shepherd already has been honored by the San Juan County Commission, which proclaimed Jan. 6-12 Chevel Shepherd Week, and by her hometown of Farmington, which welcomed her back from Los Angeles on Dec. 22 with a celebration at FHS.

Her victory on "The Voice" has jumpstarted Shepherd's singing career, earning her a recording contract with Republic Records.

She performed at an inaugural ball for Gov. Michelle Lujan Grisham in early January, following that performance with a hometown concert before a full house at the Farmington Civic Center on Jan. 26.

Shepherd also has a concert planned on April 5 in Ashland, Kentucky, at the Paramount Arts Center and another one scheduled for April 13 at the The Pit in Albuquerque, according to her Facebook page.

'The Voice': Get to know Farmington's Chevel Shepherd