The festival is planned for late June somewhere in the Four Corners area. 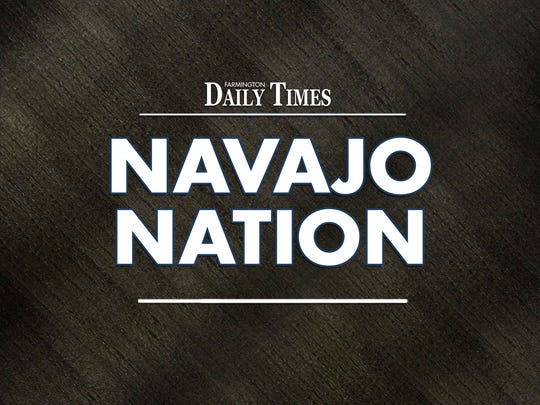 FARMINGTON — Although organizers of the second annual Navajo Film Festival are unsure of where and when the event will take place this summer, they are seeking entries for a festival designed to celebrate projects filmed entirely in the Navajo language.

The deadline for submissions is May 25. In addition to the Navajo language requirement, all entries must be limited to four minutes in length. Participation is open to anyone, regardless of ethnicity.

Festival director Tacey Atsitty said last year's inaugural event, which was held at the Navajo Preparatory School in Farmington, was a success. She and co-organizer Michael Lewis expected 50 or so people to attend the festival. They were pleasantly surprised when twice that number showed up to take in the half-dozen films that were entered.

"We had limited resources and funds, and we felt that was pretty good," Atsitty said. "It was just Michael and I doing this, so we wanted to start small."

Atsitty is hoping for growth this year, but she knows the success of the venture in its second year will depend at least partly on the venue. She said she was grateful to Navajo Prep for playing host to the festival last year, but she said she is shopping for a new locale this year that is more appropriate for screening films.

"We got a lot of good feedback (from last year's festival)," she said. "Some people had been to film festivals before, but I felt we got some of the Navajo speakers to come out (for something) that's not their normal space, and they got to see what a film festival is all about."

Atsitty acknowledged that the festival's requirement that all entries be in the Navajo language likely would limit the number of entries and the size of its audience. But she and Lewis made a conscious decision to go in that direction, she said, adding that the short time limit for all entries goes along with that stipulation.

A Kirtland native and poet who recently published her first book, "Rain Scald," via the University of New Mexico Press, Atsitty recalled how she was taught to speak English exclusively while growing up. It wasn't until she began classes at Navajo Prep that she began to learn to read and write in Navajo.

"I'm still not fluent," she said, though she indicated she later took additional classes in Navajo at Brigham Young University and the Institute of American Indians Arts in Santa Fe. "But I've still tried to learn the language. It's difficult when you don't have a fluent speaker to speak with."

The festival includes a $300 grand prize, and there will be additional cash prizes awarded for the best films in both adult and youth categories. Atsitty said the festival is specially designed to encourage those younger filmmakers, which is another reason for the adoption of the four-minute time limit.

"Our target audience right now is children," she said. "We wanted to present them with something attainable and for them not to be overwhelmed."

Atsitty said she would be happy if this year's festival attracts twice as many entries as last year's festival, and she is optimistic that will happen because of increased outreach efforts.

Lewis and Atsitty have recruited a board of directors and festival sponsors. They have dreams of seeing the festival grow to the point that it can include categories for feature-length and perhaps non-Navajo language films.

"I think that eventually we'll get to that point, "she said. "But we wanted to start small and see how it grows."

A long-range, far-off goal, she said, is for the Navajo Film Festival to serve as the model for a larger film festival in which all films are presented in the language of indigenous peoples. But for now, she's focused on doing what she can to help her own native language thrive.

The festival is planned for late June somewhere in the Four Corners area. For information about the festival or to submit a film visit https://navajofilmfestival.org/.