The arrests stemmed from an incident Thursday at Piedra Vista High School. 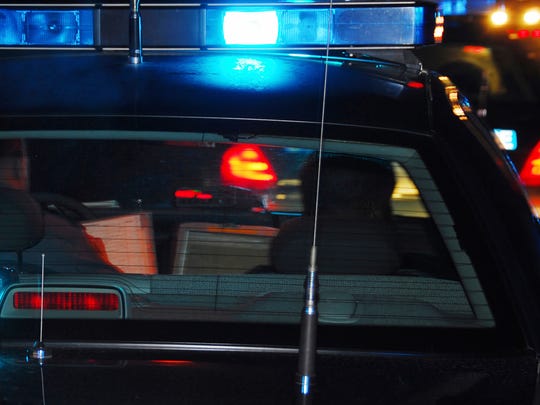 FARMINGTON — Several teen boys taken into custody Thursday by Farmington police officers are facing a variety of charges related to an alleged burglary and possession of firearms.

The investigation began at approximately 1 p.m. Thursday at Piedra Vista High School when school resource officers from the department responded to a report of a student with a handgun and ammunition on school property, according a press release from Farmington police spokeswoman Georgette Allen.

The male student was contacted, and it was discovered he had a pistol, ammunition and paraphernalia indicative of gang involvement in his possession, the release stated. Police did not indicate what the paraphernalia was that led them to believe he might be associated with gang activity.

Detectives called to the scene then learned that five boys had burglarized a home on the north side of Farmington, and department personnel worked quickly to locate the other four juveniles allegedly involved in the incident, according to the release. It was determined that at least two firearms, as well as several other items, had been stolen from the residence.

Police also located and towed a suspect vehicle from Lions Wilderness Park, and a search warrant was executed by authorities, the release states, yielding the discovery of one firearm and several other stolen items.

Allen said all five boys are PV students, and three of them were pulled out of class by police after the first boy was taken into custody. The fourth boy had left the campus and was located with the suspect vehicle at the park.

The five suspects were interviewed by detectives, and search warrants were obtained for their backpacks, according to the release.

Police emphasized that no statements were made by the suspects indicating that the weapons and ammo were intended to be used in an act of school violence. Thursday was the one-year marker of the deadliest shooting at a high school in American history, as 17 students and staff members were shot dead on Feb. 14, 2017, at Marjory Stoneman Douglas High School in Parkland, Florida.

Farmington Municipal School District spokeswoman Renee Lucero said the high school was not placed on a lockdown while the boys were removed from class. She said police already were on campus when the information about the alleged involvement of the other students came to light, and they were able to contain the threat immediately.

The district posted a statement about the situation on its Facebook page this afternoon, thanking the Farmington Police Department for its quick and thorough response to the incident.

"PVHS and Farmington Municipal Schools considers student safety one of its highest priority and reacts and responds these types of incidents seriously," the statement reads.

The statement indicated normal operations had resumed today at PV, and the district's security and safety procedures remain in place for the well-being of every student and all staff members.

The Juvenile Probation Office of the District Attorney's Office authorized a hold on all five juveniles allegedly involved in the burglary.