A six-year-old boy lost a toe after going down a water slide, according to a complaint filed in district court. 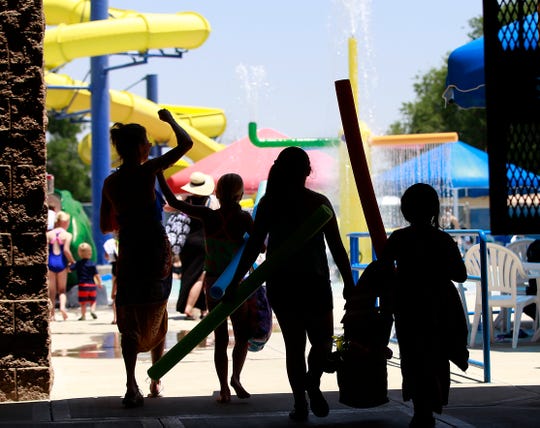 The Bloomfield Family Aquatic Center is being sued after a boy allegedly had a toe severed while using the facility's water slide. (Photo: The Daily Times file photo)

FARMINGTON — A Farmington-area resident is suing the city of Bloomfield after her son allegedly had his toe severed in July 2017 while playing at the Bloomfield Family Aquatic Center.

Aubrea Danks filed the complaint last week in district court. It states the boy had just come down a water slide and splashed into the pool when he felt immense pain radiating from his foot. According to the complaint, the boy looked down and noticed his toe had been severed.

The plaintiff is alleging the city failed to properly construct and maintain the aquatic facility.

The family’s attorney, Shawn Cummings of Keller & Keller LLC based in Bloomfield, said while his firm deals with many personal-injury lawsuits, this case caught his attention. He said you don’t expect to get severely injured while playing in a pool or going down a water slide.

“This one definitely stood out to me as something that should not have happened,” he said.

While the complaint does not state the child’s age, Cummings said the boy was 6 years old at the time.

The complaint seeks an unspecified amount in damages.

City Attorney Ryan Lane said the city had not received the complaint as of Wednesday afternoon. But he disputed the allegation that the city had failed to properly construct and maintain the facility.

“We keep everything safe and well maintained, especially where children are involved,” he said.