PNM has already taken steps toward closing the San Juan Generating Station and the PRC is wondering if it should continue delaying discussions.

PNM will file application this year to abandon station 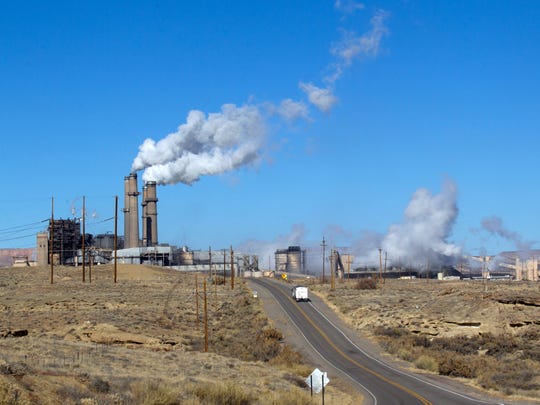 AZTEC — In 2015, the New Mexico Public Regulation Commission ordered the Public Service Company of New Mexico to file a document by the end of 2018 detailing to what extent the San Juan Generating Station should continue to provide electricity to customers after its coal supply agreement expires in the summer of 2022.

In that filing, made as scheduled at the end of 2018, PNM states that it plans to close the San Juan Generating Station. The utility also states it will file an application with the PRC in the second quarter of this year to abandon the coal-fired power plant. PNM plans to file an application to abandon the generating station and to replace the power with other assets.

Abandonment is the term the PRC uses when a regulated utility decides it will no longer utilize a certain asset. The utility is required to file an application for abandonment with the PRC prior to closing the facility, and the PRC either approves or denies the request to close the facility.

While PNM plans to file that application later this year, PRC officials say the abandonment process already is underway, and the commission may choose to begin hearing an abandonment case now. The PRC discussed the San Juan Generating Station during its meeting today in Santa Fe, which can be viewed online.

“It's pretty much a topic that the whole state of New Mexico is discussing,” PRC chairwoman Theresa Becenti-Aguilar said about the pending closure of the power plant.

She suggested that the commission require PNM to plan a series of public meetings in every community that could be impacted by the closure, including Farmington, Shiprock and Window Rock, Arizona. The commission has not yet issued an order requiring public meetings.

In 2018, the various owners sent notices to each other detailing their plans for the station after the current coal supply agreement ends in 2022. Every owner except for the city of Farmington has said it will not continue receiving power from the generating station after 2022.

In the video, Mayes said with the other owners stating they plan on leaving the plant, Farmington has the opportunity to market the generating station to third-party merchant operators. He said Farmington has hired a firm to look for someone who would take over operating the plant. The challenge, Mayes explained, is finding someone to buy the power.

“While we recognize that there is still a great challenge, and it may be a long shot, the fact is that it is not hopeless at this point, and it is imperative that we don't lose hope,” Mayes said in the video.